‘A huge blind spot’: Medical schools could be doing more for women’s health

Editor’s Note: FACTS Ambassadors are medical or health professional students and residents from across the country (and the world!) who desire to learn more about fertility awareness-based methods (FABMs) and choose to share this information with colleagues to educate them about FABMs. This month, we are featuring Joseph Rall, a first-year resident at St. John’s Medical Center in the Cleveland area.

Joseph Rall, a first year family medicine resident at St. John’s Medical Center in Westlake, Ohio, has been involved with FACTS for years. He became an ambassador during his first year at Ohio University Heritage College of Osteopathic Medicine after a fellow classmate introduced him to Dr. Marguerite Duane, co-founder and executive director of FACTS.

At first, Rall said he thought of fertility awareness-based methods (FABMs) as simply natural alternatives to artificial birth control. However, the more he learned, the more his perspective changed.

“Addressing women’s health effectively necessitates knowledge of the female cycle and how to track it, so we can diagnose and treat women’s health issues in a cooperative way instead of a hormonal suppressive way,” Rall said. “The more I learned, the more I realized that this is something that I need to know to take care of women. This isn’t an add-on or extra thing; it’s basic knowledge.”

“Addressing women’s health effectively necessitates knowledge of the female cycle and how to track it, so we can diagnose and treat women’s health issues in a cooperative way.”

As he went through medical school, Rall said he saw firsthand the real-world utility that FABMs offer all women — whether it be those struggling with hormonal imbalances, irregular cycles or painful periods. 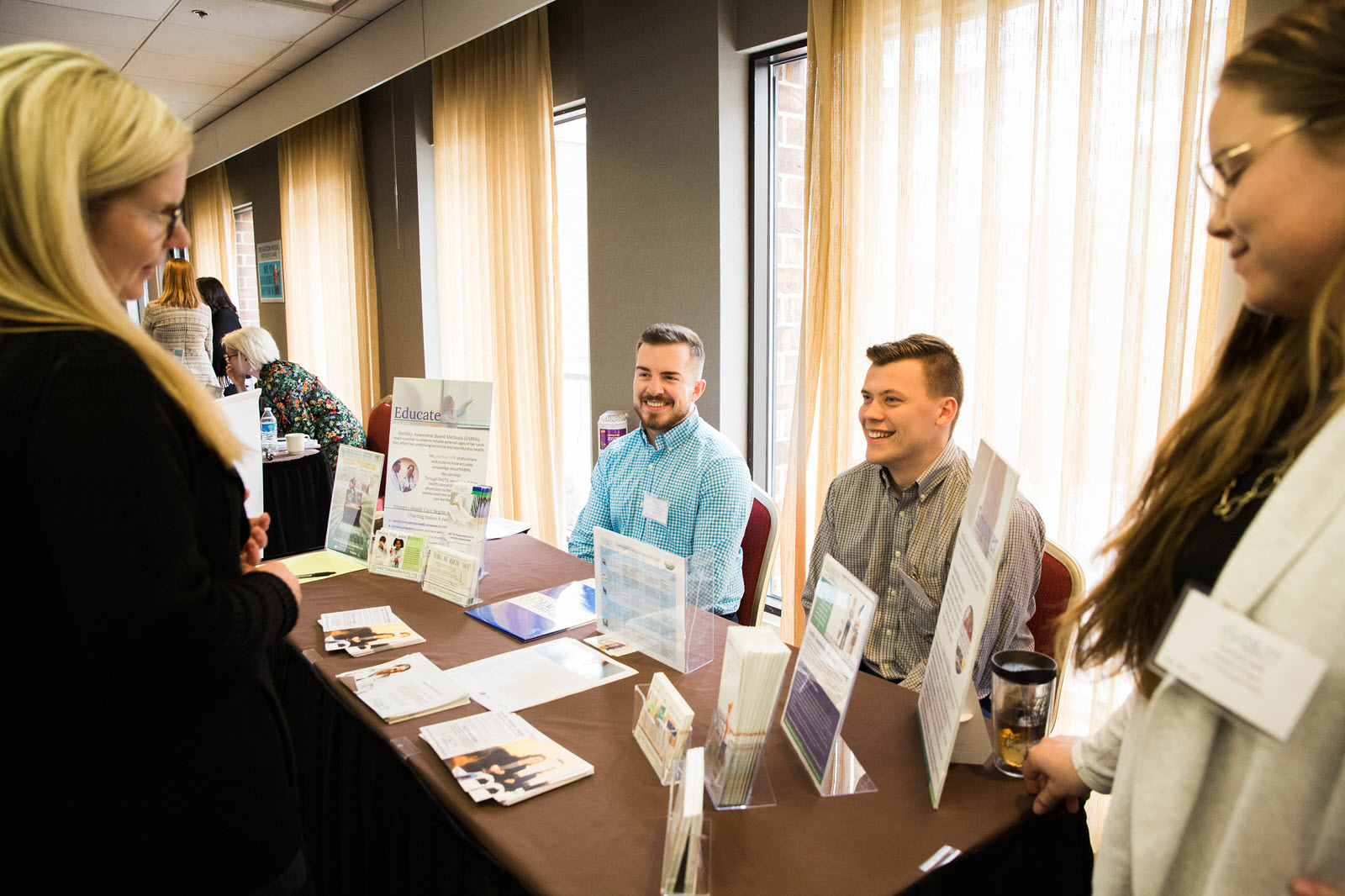 As a FACTS ambassador, Rall has attended and presented research at conferences alongside FACTS staff and fellow ambassadors. He has helped exhibit with members of the FACTS team to distribute resources and educational materials to other students and health care professionals. He noted that it is important to emphasize and make clear to others the evidence-based research supporting the use of FABMs.

“We do have data to support it,” Rall said. “I can hand people several studies and show that there’s evidence. This isn’t something fringe.”

“It is important to emphasize and make clear to others the evidence-based research supporting the use of FABMs.”

Still, Rall said he has received pushback from his preceptors and professors, particularly as a younger male trainee. Many people are unfamiliar with the methods and are unwilling to entertain alternative ways to discuss and diagnose women’s health issues. Citing a recent example, Rall said he saw a patient who had been bleeding consistently for more than a decade. Her ob/Gyn immediately put her on a hormonal ring contraceptive, which resulted in more intense bleeding. Rall said it was eye-opening and frustrating to see a lack of diagnostic process and minimal critical thinking regarding this patient’s treatment.

“It was like we were going to just throw a band-aid on it, and it was shocking to me,” Rall said. “Are we going to even attempt to do our job as physicians and pursue a diagnosis for this woman? There’s just a huge blind spot because people are just doing what they were taught to do. I know there’s so much more that we can offer people.”

And there’s growing interest, especially from patients, to better understand and use FABMs as part of their health care. Rall said there are members in his community who have expressed excitement that he is being trained in various FABMs.

“There are people really struggling to find physicians who are familiar with FABMs and who aren’t going to be hostile to them,” Rall said. “There are people here locally who feel like when they go to their doctor, they’re belittled. … So there’s definitely a desire to find doctors trained in FABMs .”

He is seeing a “rising tide” of clinics pop up to address the need despite the medical establishment’s tendency to be “slow to change.”

FACTS continues to be a significant resource for Rall, as well as other medical students and aspiring medical professionals interested in expanding their skill set. As an ambassador, Rall said the monthly calls, where he can learn about FABMs from experts and experienced professionals, have been exceptionally educational.

“FACTS continues to be a significant resource for Rall, as well as other medical students and aspiring medical professionals interested in expanding their skill set.”

“I’ve enjoyed learning more through the FACTS Ambassador calls and then getting connected to different people across the country who are desire to use these methods,” Rall said. “It’s a little bit against the grain and there’s not much support from our institutions, so it’s been good to connect with people who are equally interested and who are trying to spread the word.” 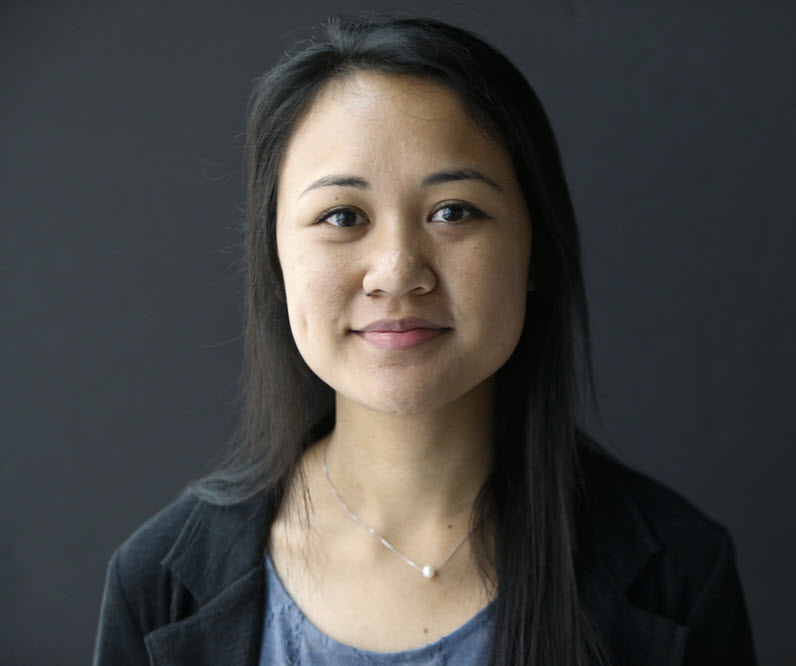 Mariel Padilla is a journalist working with us as editor of the FACTS blog. In her full-time job, Mariel writes about the intersection between gender, politics and policy — but she was introduced to the FACTS team by her brother, Mikey. When she’s not writing or editing, she’s probably reading, painting or playing with her niece and nephew who live down the street. 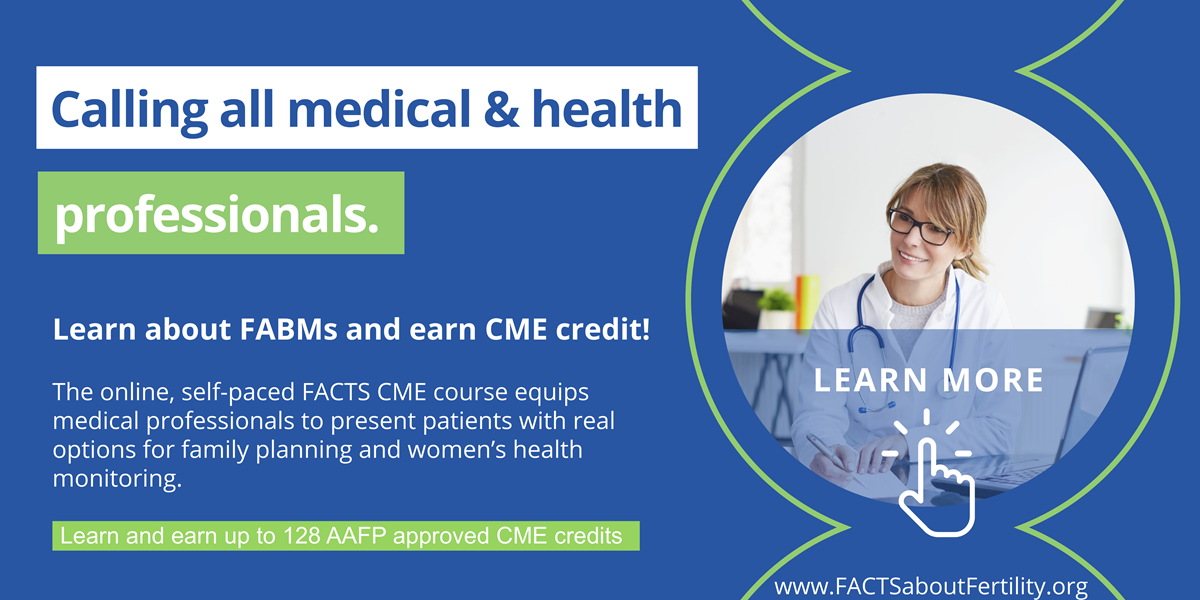