“Near-Contact” Laparoscopy for Endometriosis in Teenagers

“Near-Contact” Laparoscopy for Endometriosis in Teenagers: A Summary of Research Findings 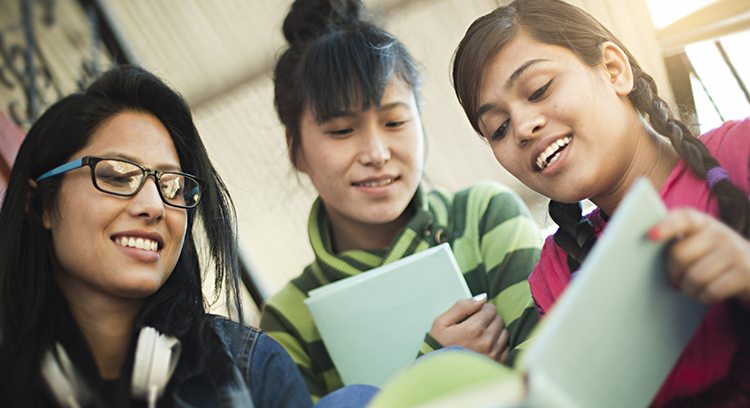 The month of March has been designated Endometriosis Awareness Month. At FACTS, we recognize the impact this condition has on girls and women of reproductive age, including possible implications for future fertility. Endometriosis, in which endometrial tissue is found outside the uterus (such as in the peritoneum and intestines), often takes many years to diagnose. It affects more than 11 percent of American women ages 15-44 (6.5 million U.S. women and 176 million women worldwide).[i]

This is a summary of research[ii] published in Fertility and Sterility in 2011. The researchers sought to determine long-term outcomes after complete laparoscopic excision in teenagers with symptoms consistent with endometriosis. The study was reviewed and summarized by fourth year medical student Sajel Nuwamanya as part of a two-week course taught through Georgetown University School of Medicine by FACTS Executive Director, Dr. Marguerite Duane.

Background
Severe pelvic pain, menstrual cramps, and pain with bowel movements are not a normal part of being a teenager. Instead, these are some of the most common symptoms of an under-diagnosed disease called endometriosis. Studies show that endometriosis is present in an estimated 70 percent of teenagers who have failed medical therapy for chronic pelvic pain.[iii] Diagnosis is confirmed surgically, and definitive treatment for these patients is surgical as well.

There are generally two different approaches to surgery, either laser ablation or complete excision. While endometriosis has been understood as a progressive condition, there is limited research as to whether the disease progresses after treatment with laparoscopic complete excision. This is critical knowledge because it would inform the use of oral contraceptives after surgical excision and help determine prognosis as well as potential impact on future fertility.

Methodology
The study was conducted at a tertiary care referral center specializing in laparoscopic treatment of endometriosis. The researchers performed a prospective observational case study of teenagers (ages 12-19 years) presenting with symptoms suggesting endometriosis. Diagnostic “near-contact” laparoscopy[iv] was performed for each patient, and any areas of endometriosis identified, whether typical or atypical, were treated with complete excision. After treatment, patients were not specifically advised to take oral contraceptives. Post-surgical follow-up averaged 23.1 months, and the rate of recurrence or persistence of disease was assessed.

Results
Of 20 patients with symptoms consistent with possible endometriosis who were treated with complete excision, 17 had biopsy confirmed endometriosis. Of these 17 patients who became the study subjects, 6 took oral contraceptives for 10-22 months and one patient took leuprolide, a GnRH agonist, for 6 months after surgery. Average follow-up was nearly two years (23.1 months) and as long as 66 months.

Complete laparoscopic excision led to statistically significant decrease in many symptoms, including painful periods, painful bowel movements, pain with exercise, and stomach cramping, whether or not the patient took postoperative hormonal suppression. In addition, of the 8 patients who underwent repeat surgery during the follow-up period, there was no endometriosis diagnosed either visually or by histology. Seven of the patients with confirmed lesions of endometriosis had been treated previously with ablation for endometriosis.

Comments
This observational study suggests that the treatment of endometriosis by complete excision with near contact laparoscopy is a beneficial treatment for teenagers with symptoms of endometriosis who have failed medical therapy and/or were previously treated for endometriosis with surgical ablation. Patients experienced significant improvement regardless of whether or not they received hormonal suppression after complete excision. There is potential that this technique may eradicate the disease, thus obviating the need for hormonal contraceptives in this setting. This research highlights the need for larger studies to elucidate the benefits of complete excisional surgery for endometriosis and the role, if any, for post-surgical hormonal suppression.

Editorial Note: Medical management is the first-line therapy for endometriosis. Surgical management with laparoscopic evaluation and treatment should be pursued only after a sufficient trial of medical therapy. Unfortunately, diagnosis and appropriate treatment are often elusive, sometimes taking years, which may have a significant impact on a patient’s life. “Timely referral to a gynecologist who is experienced with the laparoscopic diagnosis of endometriosis in adolescents and conservative treatment may significantly benefit their future quality of life.”[v]

Author Bio: Sajel Nuwamanya is a 4th year medical student at Wayne State University in Michigan. She participated in a FABM elective taught by Dr. Marguerite Duane during her 4th year. Upon graduation, she plans to specialize in family medicine.

[iv] Near-contact laparoscopy is a fundamental technique of Surgical NaProTechnology.

Medical Students, would you like to enroll in our two-week online course about
FABMs and their applications in women’s health and family planning?

Find out more and enroll here.

← Meet the FACTS Team - Alison Contreras, PhD, FCP After the Pill: Experience with the Marquette Model →