A Natural Tool to Avoid or Achieve Pregnancy

By Martha Smith, DO

A Natural Tool to Avoid or Achieve Pregnancy

Editor’s Note: The 2015 research[i] article reviewed below should be mandatory reading for all medical students, residents, and other medical professionals caring for women of reproductive age. It was published by Ecochard et al in Fertility and Sterility and is titled, “Self-identification of the clinical fertile window and the ovulation period.” The study highlights the vital role of cervical mucus for conception and as a useful biomarker to identify fertile times in the menstrual cycle, with applications to both avoid and achieve pregnancy. This summary of research was written by Dr. Martha Smith while on the FACTS fertility awareness elective.

The ability to accurately detect both the fertile window and the 2-day ovulation period is a key feature of many fertility awareness-based methods (FABMs). These methods utilize various clinical signs, such as cervical mucus, basal body temperature (BBT), and hormone levels, to identify times of fertility. This knowledge can help couples avoid or achieve pregnancy based on their goals for family planning.

The reliability of these external signs to predict the actual fertile window is crucial. Ecochard et al studied this connection by comparing the appearance of these signs to actual dates of fertility, as confirmed by ultrasound.

Europe. Patients with a history of abnormal cycles, anovulatory cycles, infertility, and active hormonal contraception for the past 3 months as well as runners and breastfeeding moms were excluded from the study.

During the study, women tracked their cervical mucus daily. They noted if it was present and, if so, whether it was “peak-type mucus,” which was defined as “clear, slippery, or stretchy mucus related to estrogen.” Additionally, basal body temperature was recorded each morning. Throughout the cycle, hormonal assays for estrone-3-glucuronide, preganediol-3-alpha-gluconide, LH, and FSH were recorded.

These observations were tracked alongside serial ultrasounds with follicle measurements to confirm the actual ovulation date. Using this information, a “biologic fertile window” was calculated, comprising the 6 days leading up to and including the ovulation date, with the last 2 days of this window marked as the “ovulation window.” This was done for an average of 3 cycles per participant.

These results were used to compare 3 different clinical fertile windows to the actual biologic fertile window determined via ultrasound. The windows tested were as follows:

In general, all 3 of the clinical fertile windows tested aligned well with the biologic fertile window defined by ultrasound. The parameters in cohorts A

and B both preceded the onset of the fertile window by 2 days, and the peak mucus window preceded it by less than 1 day.

FABMs rely heavily on indicators such as cervical mucus and BBT to predict fertility. This study demonstrated the ability of cervical mucus, an external sign and biomarker of fertility, to accurately predict both the fertile window and the ovulation period. As such, this research further reinforces the accuracy of these methods.

This data can help women and couples to avoid or achieve pregnancy. As the authors note, for women who are trying to avoid pregnancy, sensitivity is important. In other words, since the presence of any type of cervical mucus is highly sensitive for fertility, a woman who is trying to avoid pregnancy should abstain from sexual intercourse if cervical mucus is present. On the other hand, specificity is important if a woman is trying to conceive. “Peak-type” mucus (slippery, lubricative, clear) is highly specific evidence of fertility, with high likelihood of pregnancy with intercourse on that day.

The ability of cervical mucus to predict times of fertility accurately relies heavily on whether the mucus is interpreted correctly. In this study, 72% of women had not had prior experience interpreting cervical mucus, and peak cervical mucus was only identified in 67% of the cycles recorded. Thus, more instruction may be needed. Future studies assessing different methods to teach women how to interpret cervical mucus would be useful, as well as a way to assess proficiency.

The study excluded participants with abnormal cycles, as can be seen in polycystic ovarian syndrome (PCOS) and with hormonal imbalances. Thus, these results are only generalizable to women with regular cycles. A future study including women with irregular or abnormal cycles could make the results more applicable to a wider audience and would be desirable, given that FABMs and charting can be particularly useful for this population.

Additionally, this data is from the 1990s and from a population of European women. Although it likely still applies today, changes in environmental factors may have affected cervical mucus or basal body temperature trends. A similar but more diverse study that includes women from different geographic regions, ethnicities, and socioeconomic status would be interesting.

This study underscored the close relationship between estrogen and cervical mucus. The rise of estrogen metabolites before the onset of peak mucus indicates it also can be a useful sign of impending ovulation. Thus, FABMs that track this parameter offer another useful way to monitor fertility.

Overall, this study highlights how external signs such as cervical mucus, BBT, and urinary metabolites correlate with the menstrual cycle and can serve as important components of effective natural family planning. 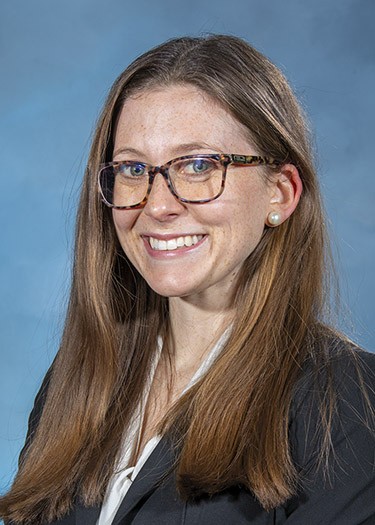 Martha Smith, DO is a first-year family medicine resident at Ocean Medical Center and a recent graduate of Rowan University School of Osteopathic Medicine. She is pursuing family medicine with a special interest in integrative medicine and women’s health. Dr. Smith recently completed part A of the FACTS elective (FABMs for Family Planning) and is excited to learn more about FABMs in her future training.