Editor’s Note: Dietary choices are potentially modifiable risk factors known to impact a number of conditions ranging from cardiovascular disease to some cancers, among others. The research[i] reviewed this week assesses the potential impact of omega-3 fatty acids on pain associated with endometriosis. The 2020 article published by Abokhrais et al is titled, “A two-arm parallel double-blind randomized controlled pilot trial of the efficacy of Omega-3 polyunsaturated fatty acids for the treatment of women with endometriosis-associated pain (PurFECT1).”

Amanda Jackson was in her last year of medical school when she summarized the research while on the fertility awareness online elective taught by FACTS through Georgetown University School of Medicine. She is one of 158 students who have participated in this unique elective since the fall of 2020. As our series on endometriosis continues, next week we will publish a review of research exploring the association between red meat and endometriosis.

Affecting 176 million women worldwide, endometriosis is a complex condition characterized by endometrial tissue found outside of the uterus. While the etiology remains unknown, its symptoms are linked to chronic estrogen-dependent inflammation and may include debilitating pelvic pain and infertility. The pain associated with endometriosis is currently managed by surgical removal of the lesions or with medications that suppress estrogen. However, these treatment options are not without their pitfalls; contraceptive therapy does not consistently control pain, and fifty percent of patients report pain recurrence within 5 years after surgery.

This study aimed to examine the effectiveness of treating pain associated with endometriosis by using oral Omega-3 polyunsaturated fatty acids (O-PUFA). O-PUFAs have a role in the regulation of prostaglandins and cytokines. They compete with Omega-6 PUFA to produce anti-inflammatory lipid mediators. Through this anti-inflammatory effect, they have the potential to reduce painful symptoms and lesion size, and possibly preserve a woman’s fertility.

To investigate this theory and analyze recruitment and retention rates to study the feasibility of a future larger trial, the authors conducted a two-arm parallel double-blind randomized controlled pilot trial. They were able to enroll 33 women between 18 and 50 years of age with a surgical diagnosis of endometriosis and associated pelvic pain.

Inclusion criteria for the study were rigorous. Participating women needed to have pain located between or below the iliac crest for over 3 months, and the “worst” pain score had to be equal to or greater than four. Women were excluded if they had insulin-dependent diabetes, were pregnant or breastfeeding, on anticoagulants, and if they were allergic to or unable to consume fish, O-PUFA, peanuts or soy.

The 33 women were randomly assigned to the intervention group, receiving Omega-3-acid ethyl ester PUFA (1000mg capsule twice a day), or the placebo group, receiving olive oil (one capsule twice a day), for 8 weeks. They received a treatment diary with their medication pack to document the women’s additional prescription and non-prescription medications and any adverse events experienced during the study. Participants also completed questionnaires at baseline and at 8 weeks to evaluate their experiences during the trial.

This pilot trial also analyzed their recruitment and retention rates to examine the practicality of a future trial with a larger sample size. With the aim of recruiting as many women as possible over a 12-month period and based on a recruitment rate of 50%, it was estimated that 40 participants would give a 95% confidence interval. Secondary objectives investigated suitability of recruitment, randomization, and treatment methods.

Of the 33 eligible participants, 81.8% (27) completed the study; 6 participants were lost to follow up, 3 from each treatment group. Of the participants, 17 women were randomized to the O-PUFA group and 16 were randomized to receive the olive oil capsules. When comparing the two treatment groups, no statistically significant (≤ 0.01) differences were found in pain scores or quality of life outcomes. There was, however, a trend toward improvement in pelvic pain over the 8-week period seen in both groups.

The required sample size for a future randomized control trial was calculated to be at least 69 analyzable patients per group. Most participants rated the trial experiences as favorable, and no adverse events were reported from any women in either treatment group.

The authors concluded that a randomized control trial to investigate the effectiveness of O-PUFA to treat women with endometriosis-associated pain is possible in the future. The delivery method of the trial was determined to be largely favorable by the participants. Some negative feedback was given regarding the large size of the medication capsules and the effort it took to complete the treatment diary. Investigators stated that while the delivery of the medication cannot be changed, developing a more user-friendly online treatment diary is reasonable.

The trend toward improvement observed in pelvic pain and quality of life scores in both treatment groups could indicate a strong placebo effect. This would have to be addressed in future studies by obtaining a much larger sample size to detect statistical significance. It should also be noted that the investigators potentially used an “active” placebo. In previous studies, olive oil has been shown to have natural anti-inflammatory effects, with a profile similar to ibuprofen. In subsequent studies, it will be important to use an inactive compound as the placebo.

Another reason behind the observed placebo effect could relate to assessing reports of pain in patients with a chronic pain condition. Might the increased number of clinical interactions or partaking in a trial on pain affect the participant’s sense of well-being? More qualitative research on this topic would need to be surveyed.

For women suffering from endometriosis, treatment options can seem very limited, especially for women who want to start a family. This was an excellent first look into a viable treatment option for endometriosis-related pain. It would be ideal to see this trial completed on a larger scale working toward the goal of reaching statistical significance. If pain can be shown to be controlled or improved with O-PUFAs, future trials could analyze their ability to reduce the size or number of lesions in human models, not only reducing pain, but hopefully restoring or maintaining fertility in women with endometriosis.

Editor’s Note: To learn more about the role of fertility awareness-based methods to diagnose and treat endometriosis, read the following articles from our March series: 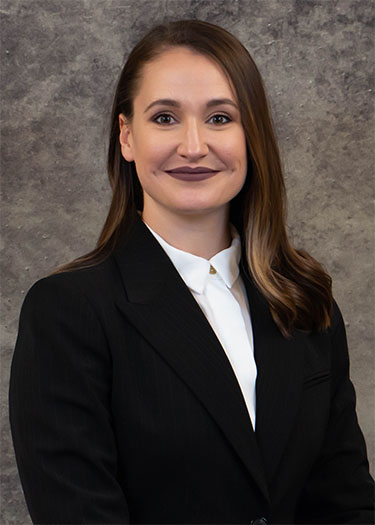 Amanda Jackson is a fourth-year medical student from Sanford, MI. She completed undergraduate training in integrative physiology and health sciences at the Alma College followed by medical school at Burrell College of Osteopathic Medicine. She plans to complete a residency in family medicine.