Endometriosis: A Review and the Role of FABMs

Editor’s Note: This is a summary of an article[i] published in 2017 in Current Obstetrics and Gynecology Reports titled, “Endometriosis: Epidemiology, Diagnosis, and Clinical Management.” It was written by Jessica Cooper, a fourth-year medical student who participated in the fertility awareness online elective taught by FACTS through Georgetown University School of Medicine. Throughout the COVID-19 pandemic, we have continued to expand our elective to accommodate the increasing demand from students throughout the country and overseas. We are thrilled that 144 students have enrolled in the elective since the fall of 2020.

As our series continues to raise awareness about endometriosis, the 2017 article reviewed below sheds light on the need for more research to prompt earlier diagnosis of this condition with potential long-term implications. As with polycystic ovarian syndrome (PCOS), infertility, and other common reproductive health conditions, charting the female cycle with fertility awareness-based methods (FABMs) empowers women with knowledge and equips medical professionals with real-time data that can potentially lead to earlier diagnosis and more targeted treatment of endometriosis.

Endometriosis is defined as the presence of endometrial (uterine) tissue outside of the uterus. These lesions range in location and severity from adjacent superficial lesions to deep infiltrating disease at distant sites. Although the underlying cause of endometriosis remains unclear, the most widely accepted hypothesis points to retrograde menstruation through the fallopian tubes and into the peritoneum. Still, it is evident other factors are involved in its etiology.

Endometriosis may be a painful and, at times, debilitating condition affecting 10-15% of women in their reproductive years, and up to 70% of women with chronic pelvic pain. In addition to pelvic pain, many women with endometriosis suffer from infertility. Despite significant reductions in quality of life in these patients, research shows the diagnosis of endometriosis is delayed, on average, by 8-12 years.[ii] Therefore, it is vital to search for new diagnostic tools.

In the 2017 article by Parasar et al summarized here, the authors attempt to identify risk factors and biomarkers that can be tested in vitro that, when combined, can lead to earlier diagnosis and treatment of endometriosis. If successful, this non-invasive method of risk stratification may facilitate earlier diagnosis, reduce suffering, and preserve fertility, leading to improved quality of life.

Symptoms of endometriosis include bleeding between periods and pain with periods, intercourse, defecation and/or urination. In addition, cyclic pelvic pain may be present throughout the menstrual cycle. At times, the condition is asymptomatic and diagnosed during a woman’s evaluation for infertility.

Endometriosis is classified using a numerical scoring system developed by the American Society for Reproductive Medicine based on the morphology, location, and percentage of involvement of the lesions. The numerical score helps determine the stage of disease (I-IV) as minimal, mild, moderate or severe.

Endometriosis is difficult to diagnose because it can mimic many other conditions. Typically, early diagnosis is made using the clinical history, since many women have a normal physical exam. When present, physical exam findings may include tenderness to palpation of the uterus or adnexa, a retroverted fixture, a nodulating uterosacral ligament, and/or a pelvic mass. The most common physical exam finding is tenderness on palpation of the posterior fornix of the vagina.

It is important to rule out other potential causes of pelvic pain with testing such as urinalysis, Pap smear, pregnancy test, and vaginal and endocervical swabs. Pelvic ultrasound may also be indicated to identify pelvic masses such as an endometrioma of the ovary. Yet, endometriosis itself can only be diagnosed definitively through laparoscopic inspection and biopsy. This proves troublesome for these women because such an invasive procedure is rarely used in the earlier stages of disease. Thus, the development of a non-invasive screening tool for early detection is imperative to improve quality of life and prevent long-term complications.

Management of endometriosis requires an interdisciplinary approach involving both surgery and medication. Surgical techniques include excision or removal of endometrial implants, ablation, laser treatment, and most aggressively, a total hysterectomy. Although surgical procedures have a 50-80% success rate in reducing symptoms, recurrence occurs in 5-15% of cases even following a total hysterectomy. In addition to these interventions, patients often require medical management with non-steroidal anti-inflammatories (NSAIDs) for pain relief and sometimes with oral contraceptives (OCPs) to suppress their estrogen dominant state.

The authors suggest assessing biomarkers in conjunction with patient risk factors to develop a risk stratification score to determine a woman’s likelihood of developing endometriosis. Risk factors for endometriosis are mainly those that increase a woman’s lifetime exposure to estrogen, including early menarche and a short menstrual cycle length. Interestingly, taller height has also been associated with increased risk in some studies.

Previous studies have attempted to identify biomarkers associated with the development of endometriosis. Biomarkers identified have ranged from inflammatory markers to growth factors, cell adhesion molecules, genomics, and tissue remodeling proteins. Other studies have identified steroid hormones, angiogenesis factors, and stem cell markers as possible culprits. This extensive list proves problematic, as no single biomarker is sensitive or specific for endometriosis. While biomarkers have the potential to be useful, more research needs to be done.

A Role for Fertility Awareness-Based Methods

Women with endometriosis may not be able to take oral contraceptives for a medical reason, or they may be attempting to conceive. These women can use FABMs to better associate their symptoms with their menstrual cycles, leading to a better understanding of what is happening in their bodies. Biomarkers such as cervical mucus, bleeding, and urinary hormones identified by a woman who utilizes FABMs can raise a physician’s clinical suspicion and potentially hasten the diagnosis of endometriosis.

Earlier diagnosis using FABMs along with the risk stratification suggested by the authors could lead to earlier treatment and improve a woman’s quality of life. Physicians trained in NaProTechnology can also aid in the treatment of endometriosis through specialized microscopic endometriosis removal surgery that preserves fertility. While, at this point, a definitive diagnosis of endometriosis can only be made with the use of laparoscopy and biopsy, fertility awareness-based methods offer a novel solution that, when combined with risk factors and biomarkers, has potential to improve the lives of women suffering with endometriosis.

Editor’s Note: A case-control study from China published in September 2020 by Tang et al in BMJ Openfound no association between BMI and the incidence of endometriosis.[iii] However, they did note a significant increase in the incidence of endometriosis in obese women compared with women with normal weight. In that study and others, obesity was also found to be a risk factor for severe painful menses. More research is needed to further delineate the relationship between weight, BMI, and other risk factors for endometriosis. 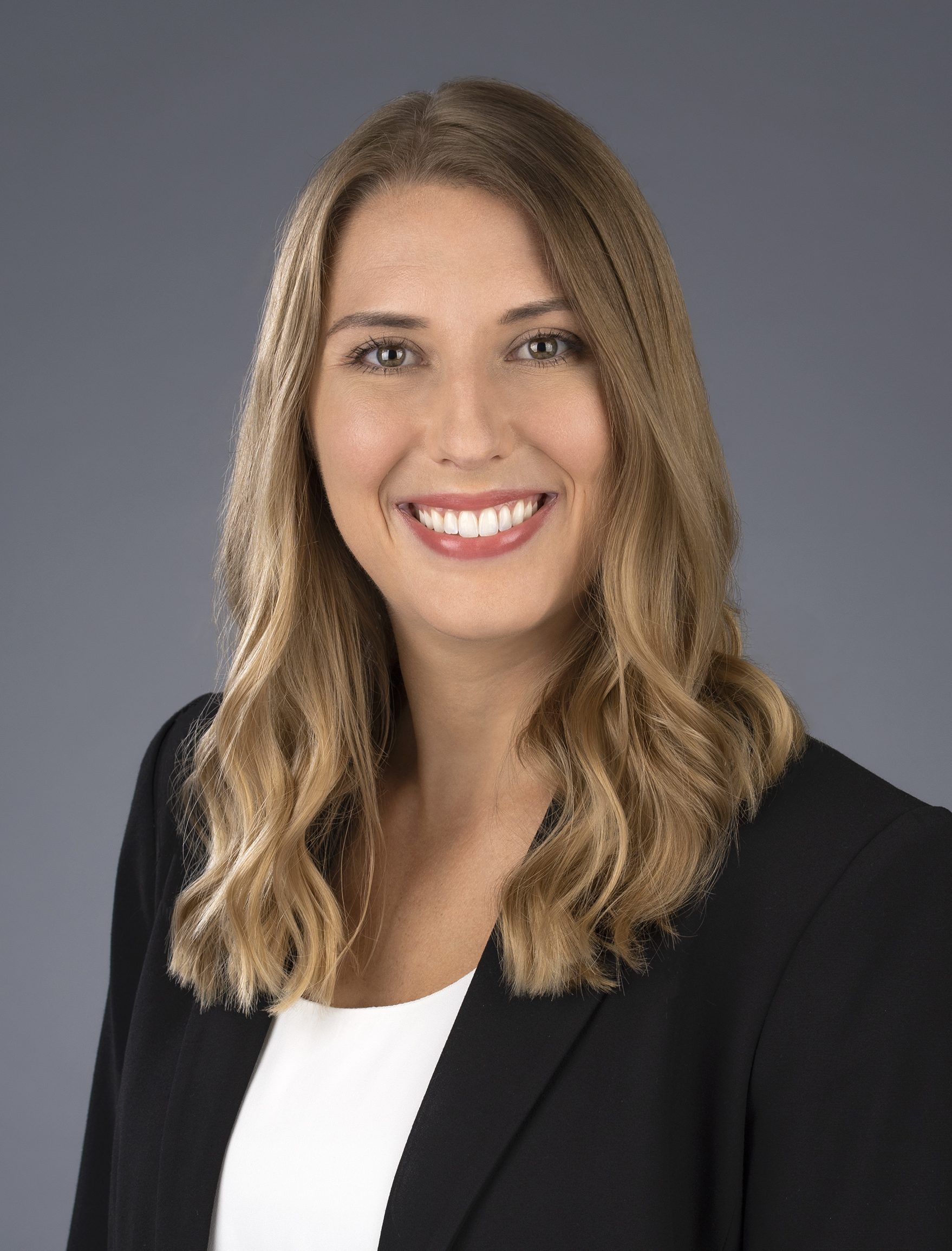 Jessica Cooper is a fourth-year medical student at Lake Erie College of Osteopathic Medicine (LECOM) in Bradenton, FL. She earned a Bachelor of Science in biology with a minor in psychology from the University of North Carolina Wilmington in 2015 and a Master of Medical Science degree from LECOM-Bradenton in 2017. She is pursuing residency in obstetrics and gynecology. When not studying, she enjoys spending time at the beach with her husband and their German Shepherd, Titan.

what’s in your toolbox?