Endometriosis in Adolescents: A Review of Research

Editor’s Note: During National Endometriosis Awareness Month, we will publish several reviews of research and topical articles about this common condition. We are also excited to share two interviews with patients for whom using a fertility awareness-based method (FABM) supported an earlier diagnosis of endometriosis as well as effective treatment of the root cause of their symptoms. Although their outcomes have been different thus far, both women are deeply grateful to have discovered FABMs along the way, since the knowledge and tools gained transformed their journeys.

This summary of a systematic review of research[i] about endometriosis in adolescence was written by Hanaa Khadraoui, who participated in the FACTS fertility awareness online elective taught by our executive director, Dr. Marguerite Duane, through Georgetown University School of Medicine. The study by Yeung et al is titled, “Endometriosis in Adolescents: A Systematic Review” and published in 2017 in the Journal of Endometriosis and Pelvic Pain Disorders.

We are honored to have Dr. Patrick Yeung as an enthusiastic supporter of FACTS and speaker during our CME live and virtual conferences. Mark your calendars for our next virtual CME conference on May 14th-15th, 2021, where he will present on Innovative Approaches to Infertility!

Dr. Yeung was kind enough to review this summary of his research, and here’s what he remarked:

“I do always say to patients that we are all in this together, and that good ethics is good medicine. My wife and I tried to get pregnant right away after getting married. After a year, she asked if maybe she could have endometriosis. I was skeptical. She did have painful periods her whole life but thought it was normal. Turns out she had severe, advanced endometriosis. She had the endometriosis treated, with the addition of adhesion prevention. And now she feels great and has had recurring fertility.

“If we practice medicine according to how we are designed, and try to find the problem and fix it, our approach should work, and work well for patient well-being and fertility.”

Introduction
Endometriosis is a condition characterized by endometrial tissue that implants outside the uterus. It can present with symptoms such as dysmenorrhea, dyspareunia, or chronic pelvic pain. The condition is definitively diagnosed by direct visualization of implanted tissue during laparoscopy, ideally with biopsy. Endometriosis has been better studied in the adult population, with its true prevalence in adolescents still unknown.

This 2017 study by Yeung et al provides a systematic review of the existing research on endometriosis in adolescents. It describes the prevalence, trends, and management of endometriosis in this population and evaluates current treatment options to manage symptoms, enhance fertility, and prevent recurrence.

Methodology
A search of the electronic database PubMed for key terms like ‘adolescents’ and ‘endometriosis’ yielded 1,595 original research articles published in the English language and spanning from 1980 onward. Titles were screened initially to exclude those that were irrelevant or did not address adolescents and endometriosis. Of the remaining 105 studies, 24 were included in the review after a more detailed assessment. The 24 studies included 1,148 adolescents with laparoscopy-proven endometriosis. Of the 1,148 adolescents evaluated across these studies, 448 (39%) had a diagnosis of endometriosis that was also confirmed histologically.

Results
The reviewers estimated the prevalence of endometriosis as reported in the literature to be 25.2% – 32.5%, or about one third of adolescents with chronic pain. The prevalence of endometriosis in adolescents reporting chronic pelvic pain that failed medical management, such as oral contraceptive pills (OCPs) or non-steroidal anti-inflammatories (NSAIDs), was 69.6% – 79.4%.

Unfortunately, there remains a delay in the diagnosis of endometriosis, particularly in adolescents, of up to 12 years! An inverse relationship was found between the age of onset of symptoms and the number of physicians consulted to reach a diagnosis. An average of 4.2 doctors were seen for patients whose symptoms began before age 15 years, compared to 2.64 doctors seen for patients whose symptoms started between age 30-35 years. An average of 9.28 years lapsed between the onset of symptoms and a definitive diagnosis.

Common presenting symptoms in adolescents included chronic pelvic pain and dysmenorrhea, though gastrointestinal symptoms characteristic of irritable bowel syndrome (IBS), urinary symptoms, and comorbid chronic pain as well as psychiatric syndromes were also observed. Furthermore, adolescents were less likely to present with the typical cyclical pain pattern found in adults with endometriosis. In fact, of the adolescents with endometriosis evaluated in one study, 90.6% reported acyclic pain, compared to 69% of the adult population.

Most cases identified in the literature of endometriosis in adolescents were of early stage, although up to one third of cases are advanced stage. The most common presentation of advanced stage disease was an ovarian endometrioma. Lesions identified surgically in adolescents were atypical, with red, vascular lesions being the most common, rather than the typical black or brown lesions.

Surgical intervention was found to be beneficial to treat pain in adolescents across all stages of endometriosis. It also showed benefit for improving fecundity in adolescents with early stage disease (stage I/II). Surgical intervention also helped curb disease progression and recurrence when surgery was performed by an expert or skilled laparoscopic gynecological surgeon.

The role of postoperative medical therapy, such as OCPs or levonorgestrel IUDs, was evaluated and found to be possibly beneficial in reducing pain, though likely not beneficial in slowing disease progression. Its role to improve fertility was not directly evaluated in the studies collated for review.

This review sought to characterize endometriosis in the adolescent population by assessing prevalence and disease burden, as well as clinical features and presentations, to better understand the disease in the context of this unique population. The important results presented in this study by Yeung et al have the potential to support an earlier diagnosis and effective treatment of endometriosis in adolescents.

The Role of Fertility Awareness in Endometriosis

The atypical presentation of adolescents with endometriosis further distinguishes the disease pattern from that seen in adults. Adolescents more often presented with acyclic pelvic pain along with dysmenorrhea, and further presented with vague GI, urinary, and psychiatric/mood symptoms. These results taken together show the potential benefit of empowering adolescent women to track and be more aware of their symptoms throughout their cycle. One way to accomplish this is through methods already in use in the adult population — fertility awareness-based methods. Whether used primarily for contraception or to try to conceive, FABMs encourage women to describe and familiarize themselves with their cycles and, in particular, with how their bodies react and change throughout their cycle.

The systematic review by Yeung et al emphasizes the importance of prompt diagnosis and management of endometriosis in adolescents. The lag between initial symptoms and eventual diagnosis was found to be up to 12 years, leaving many adolescent women with years of untreated or unexplained pain, not to mention the psychological distress so often observed in chronic pain syndromes. This, again, affirms the potential utility of integrating FABMs into health promotion strategies for this population. As adolescents become more comfortable tracking and noticing their symptoms, changes in patterns and the emergence of negative symptoms can be identified more easily and, even more important, earlier.

Surgical management by an expert or skilled laparoscopic gynecological surgeon has been shown to reduce pain, slow progression, and help preserve fertility. It would also appear that the earlier surgical management is pursued, the better the ultimate outcome in adolescents, especially with regards to fertility. Surgical management was shown to improve fecundity in adolescents with early stage disease. The benefit of utilizing FABMs to help adolescents familiarize themselves with their bodies lies in its ability to identify the negative symptoms of endometriosis earlier, allowing for speedier diagnosis, earlier intervention, and improved outcomes.

Hanaa Khadraoui is a fourth-year medical student at the Touro College of Osteopathic Medicine in Harlem, New York. She is originally from the New York area and earned her undergraduate degree from Georgetown University in Washington, D.C. Prior to starting medical school, she worked as a research study assistant at Memorial Sloan Kettering Cancer Center, where she worked on clinical trials for breast cancer. She is pursuing residency training in obstetrics and gynecology and looks forward to starting her career in women’s health. She also dreams of pet ownership, and her future cat will be named Cheddar.

Expand your knowledge and TUNE IN TONIGHT –  Monday, March 1st at 5:00 pm EST, to hear Dr. Joseph Stanford present on the topic of Miscarriage, or Early Pregnancy Loss, Early pregnancy loss occurs in 10–20% of clinically recognized pregnancies. In this presentation, Dr. Stanford will describe how early pregnancy loss is classified, review the known causes and risk factors associated with miscarriage, and discuss how a restorative reproductive approach including lifestyle modification, charting the female cycle, and medical interventions can be used to evaluate and treat women at risk for early pregnancy loss. The presentation will last approximately 1 hour.

Registration is still open – Join us!

Can’t attend on Monday? Dr. Stanford will also be presenting on this topic at our 2021 Virtual Conference on May 14-15. Click here to learn more. 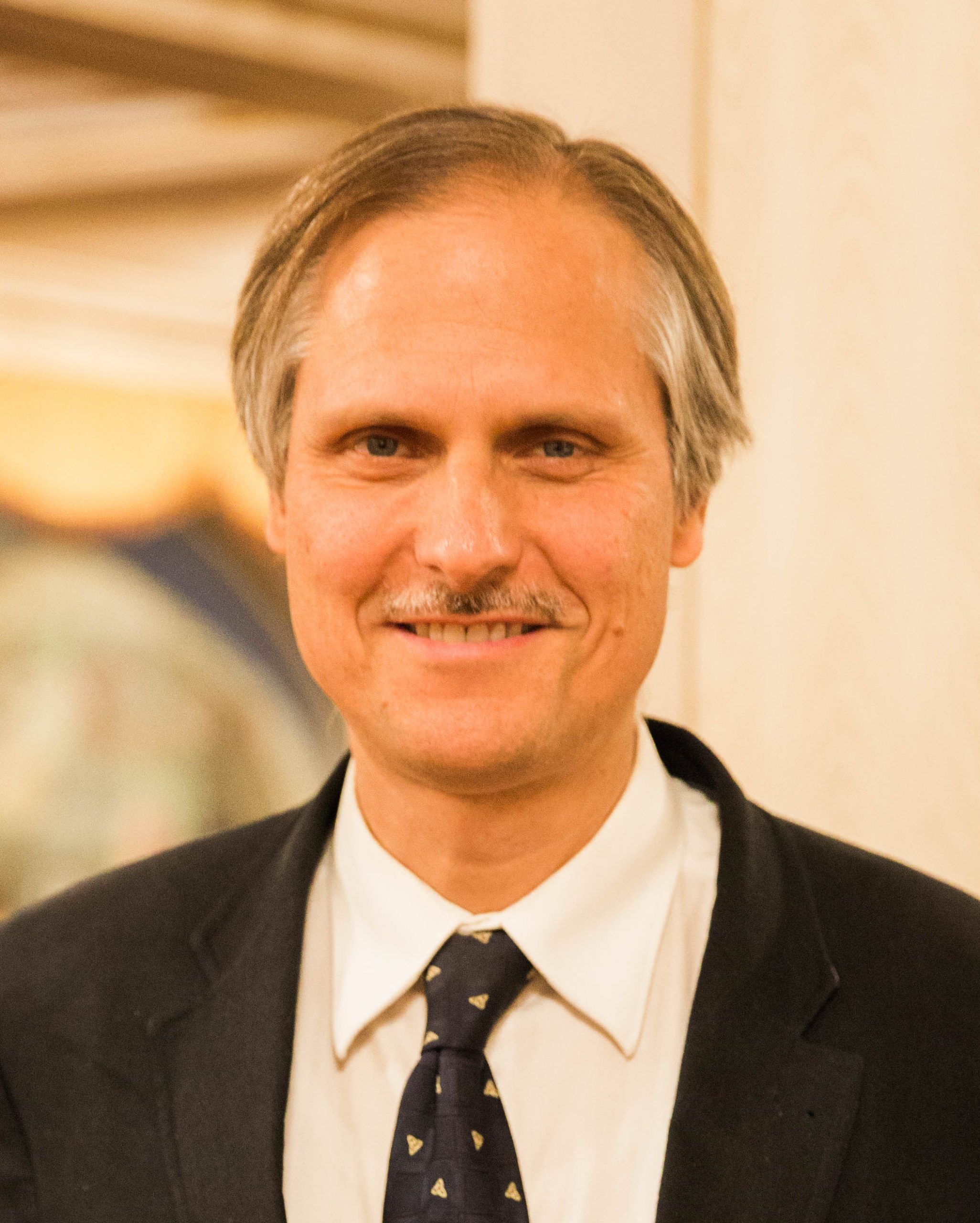