Subclinical PCOS in Healthy Eumenorrheic Women? A Review of Research

Editor’s Note: Polycystic ovary syndrome (PCOS) is a common condition with specific criteria that can present with subtle findings early on. The research summarized below was published in 2014 in The Journal of Clinical Endocrinology and Metabolism by Sjaarda et al. The title of the study is “Increased androgen, anti-Müllerian hormone, and sporadic anovulation in healthy, eumenorrheic women: a mild PCOS-like phenotype?” The authors investigated the possibility of a subclinical PCOS phenotype possibly present in some healthy eumenorrheic women with intermittent anovulation. The research was reviewed by Grace Petkovic while on the FACTS elective in fertility awareness.

The significance of sporadic anovulation in eumenorrheic women remains unclear. In this study, the authors aimed to assess whether sporadic anovulation was associated with clinical evidence of hyperandrogenemia (specifically, increased serum total and free testosterone) in women. The authors also measured serum anti-Müllerian hormone (AMH) concentrations. AMH is expressed by the granulosa cells of the pre-antral and antral follicles and is present at significantly higher levels in women diagnosed with PCOS.

Previous papers based on the same cohort of women studied by Sjaarda et al have shown that sporadic anovulation in eumenorrheic women with no known infertility is associated with aberrant reproductive hormone patterns in preceding and/or subsequent ovulatory menstrual cycles. Specifically, significant reductions in estradiol and progesterone were noted even during ovulatory cycles of women with sporadic anovulation. After correction for age and body mass index (BMI), anovulatory cycles also had higher LH:FSH ratios and lower SHBG levels than ovulatory cycles. Therefore, the authors hypothesized that such women may display a mild variant of subclinical polycystic ovary syndrome.

PCOS is a common endocrine disorder. It is often diagnosed using the Rotterdam criteria, when two out of three of the following are present: clinical and/or biochemical signs of hyperandrogenism; oligo-ovulation or anovulation; and polycystic ovaries, defined as the presence of 12 or more follicles (2-9mm in diameter) in one or both ovaries, and/or increased ovarian volume (more than 10cm3).

This study was part of the BioCycle Study, a prospective cohort study involving 259 eumenorrheic women; it was conducted at the University of Buffalo in New York State. Participants were between 18-44 years old with menstrual cycle length documented between 21-35 days in the previous 6 months. All participants had foregone hormonal contraceptives for at least 3 months in the case of oral contraceptives, patches, and rings. This was extended to at least 12 months with Depo-Provera, Norplant, and intrauterine devices (IUDs). Exclusion criteria included pregnancy, childbirth in the previous 6 months or a diagnosis of endocrine dysfunction (e.g., PCOS).

Participants were followed for two (n=250) or one (n=9) menstrual cycles. There were up to 8 clinic visits per cycle; blood samples for hormonal assessment were timed to the cycle phase through use of a calendar, and assisted by a ClearBlue Easy home fertility monitor to schedule clinic visits around the time of the LH surge. 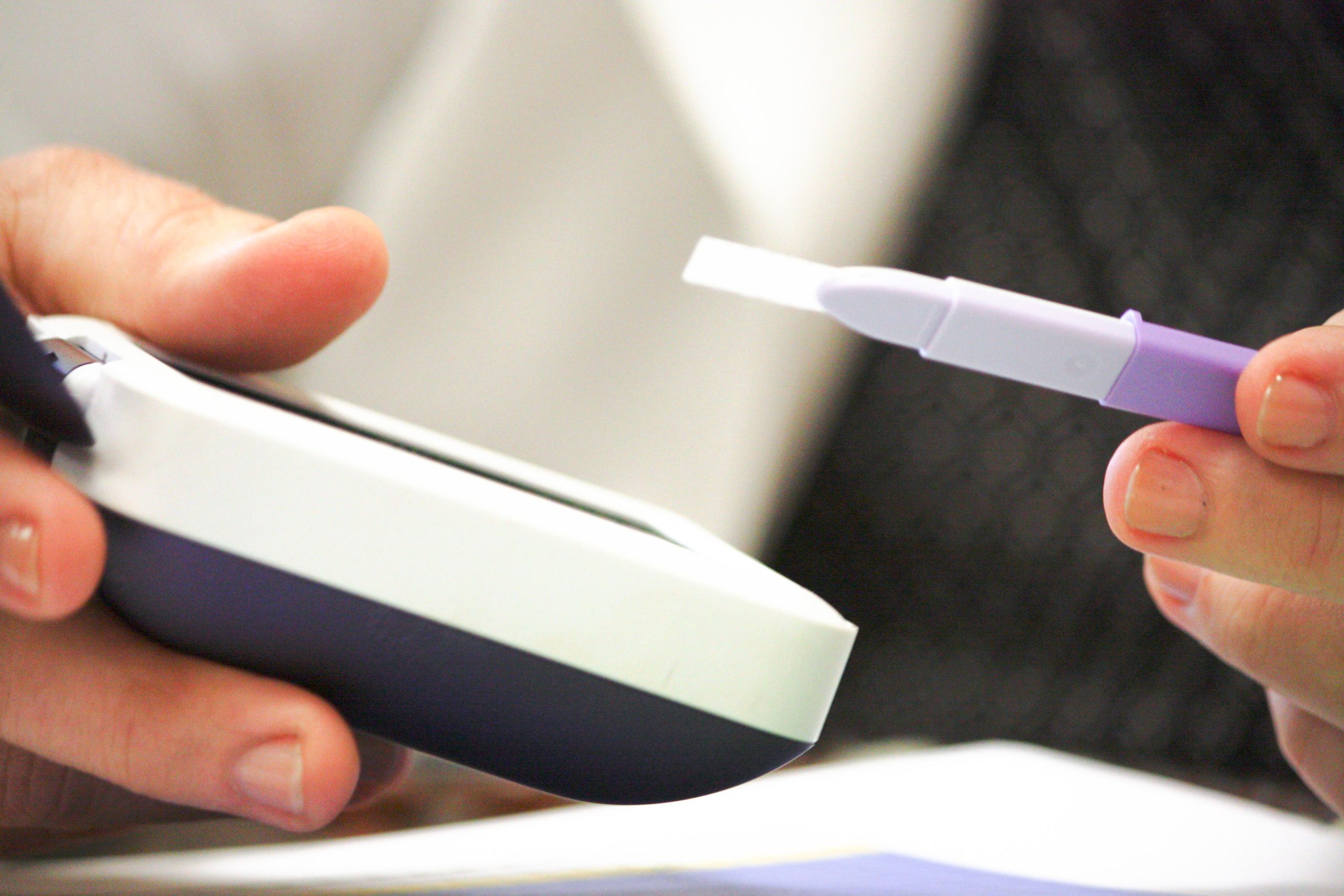 At baseline, women completed a questionnaire with information on health and lifestyle information. A modified Ferriman-Gallwey hirsutism score was calculated based on self-assessment. Blood samples were collected corresponding to the following phases: early menstruation; mid-follicular; periovulation; and early, mid-, and late luteal.

Sporadic anovulatory cycles were defined as those with an observed progesterone peak <5 ng/mL and without a detectable LH peak on later cycle visits. Total testosterone concentration was determined through liquid chromatography/tandem mass spectrometry. Differences in hormonal and menstrual cycle characteristics were then compared across quartiles of total testosterone during menses.

Women in the highest quartile of testosterone had higher LH:FSH ratios at most cycle stages and, after adjustment for age, had higher AMH throughout the cycle as a whole.

The findings of a relatively higher testosterone associated with increased frequency of anovulatory cycles, increased AMH levels, increased LH:FSH ratio, and increased reports of acne needing medical attention suggest that in regularly menstruating women, there may be androgen-related ovulatory dysfunction. Such dysfunction may lie on a continuum with PCOS.

The authors hypothesize that young women with higher antral follicle counts and, hence, higher AMH concentrations may be at an increased risk of clinical PCOS. Further research into whether such women are at increased risk of subfertility, or whether they progress to clinical PCOS if exposed to increased insulin secretion (e.g., if obesity develops) would be welcome. Puberty is also associated with increased insulin secretion. For two years post menarche, adolescents are known to have a wider ‘normal’ cycle range (21-45 days) when compared with adults (21-34 days). Research into whether an increased time to reach ‘normal adult’ cycle range post puberty is associated with a ‘mild-PCOS phenotype’ would be interesting. Testing whether insulin sensitizers, be they exercise or supplements such as myo-inositol, reduce sporadic anovulation may lend further credence to the authors’ hypothesis.

Strengths of this study include having blood samples collected across the menstrual cycle and specifically timed to ovulation. It is also unlikely that participants had undiagnosed PCOS. While no ultrasound scans were performed (thus prohibiting assessment of one of the Rotterdam criteria), women were unlikely to meet the other diagnostic criteria. Women with infrequent menses were excluded. Clinical hyperandrogenism was not reported by any participants nor was it suggested by the hirsutism scores. A number of women did have acne; however, its utility as a marker of hyperandrogenism in PCOS is questioned.

Limitations of this study include the fact that a history of subfertility and PCOS was self-reported, and the hirsutism score was self-assessed using a score known to have considerable inter-observer variability.ix Furthermore, women were only followed for a maximum of two cycles. Most women in this study were highly educated and white, reducing the general applicability of these results. A pilot study to test the feasibility of expanding this work to more diverse, less educated populations would be interesting.

Some may consider the lack of ultrasound determined ovulation a limitation of this study. However, research has suggested fertility markers are comparable to ultrasound-assisted assessment of ovulation. Thus, the use of ClearBlue fertility monitors in this study likely allowed blood samples to be appropriately timed to ovulation while minimizing the burden of the clinical trial for participants. Determining ovulation can then allow subtleties in hormonal dysfunction at specific cycle phases to be discerned and, in the future, perhaps potentially targeted for treatment if required.

Editor’s Note: The ability for adolescent girls and women to track ovulation as a marker of health is recommended by both the American College of Obstetricians and Gynecologists (ACOG) and the American Academy of Pediatrics (AAP). Women with intermittent anovulation who learn to chart their menstrual cycle, as is customary with fertility awareness-based methods (FABMs), are well positioned to notice anovulatory cycles sooner than women who are less in tune with their physiology. To learn more about this topic, read Polycystic Ovary Syndrome: A Review of Diagnosis and Treatment. 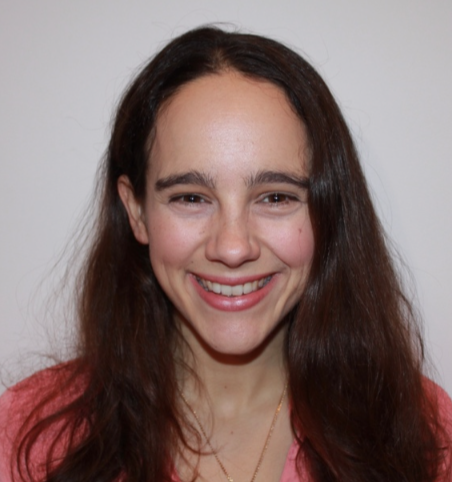 Grace Petkovic was in her third year as a junior doctor in Liverpool, England when she reviewed this study. She completed the FACTS medical elective in 2021 and appreciated learning ways to diagnose and manage endocrinological disorders through the use of fertility awareness-based methods. She plans to specialize in pediatric endocrinology and hopes to use FABMs to improve adolescent gynecological care. 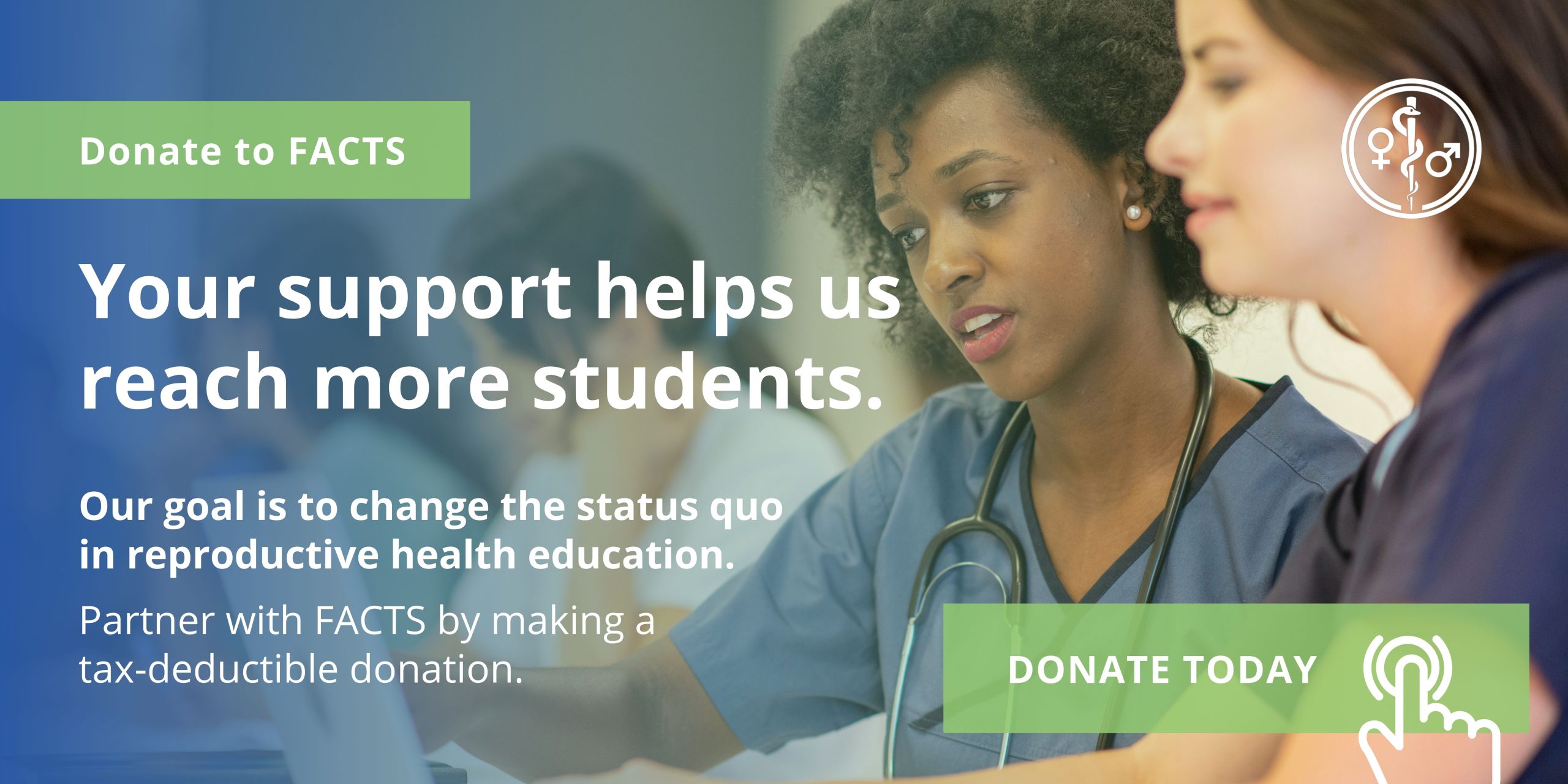 ← A Case for FABM Instructors Thyroid Autoantibodies and Adverse Pregnancy Outcomes: A Review →