By Emily Allen, DO

Editor’s Note: Polycystic ovary syndrome (PCOS) in adolescence poses diagnostic and treatment challenges. This week’s research review was written by Dr. Emily Allen while on the FACTS elective. Below, she summarizes an article titled, “Toward a Treatment Normalizing Ovulation Rate in Adolescent Girls with Polycystic Ovary Syndrome.”[i] The article she reviewed was published by Ibáñez et al in 2020 in the Journal of the Endocrine Society. It offers important perspectives for the evaluation and treatment of this condition while emphasizing the central role of ovulation as a marker of health in adolescence and beyond. After reviewing the salient aspects of the article, Dr. Allen discusses the role of FABMs in the management of PCOS.

Polycystic ovary syndrome, a common endocrine and reproductive disorder, is the single most common cause of infertility in young women. Affecting 1 in 10 women, PCOS is a hyperandrogenic state that causes symptoms of anovulation, acne, hirsutism, and insulin resistance. In adolescence, the diagnostic criteria and treatment of PCOS are problematic for several reasons, and some thought should go into how to normalize ovulation in teenage girls with PCOS.

In adults, the internationally accepted diagnostic criteria for PCOS include some combination of unexplained hyperandrogenism, anovulation, and a polycystic ovary. These symptoms comprise the Rotterdam consensus criteria, which are used to generate four phenotypes of a woman with PCOS. In “classic” PCOS, a woman has clinical and/or biochemical evidence of hyperandrogenism, oligoanovulation, and ultrasonographic evidence of polycystic ovaries. 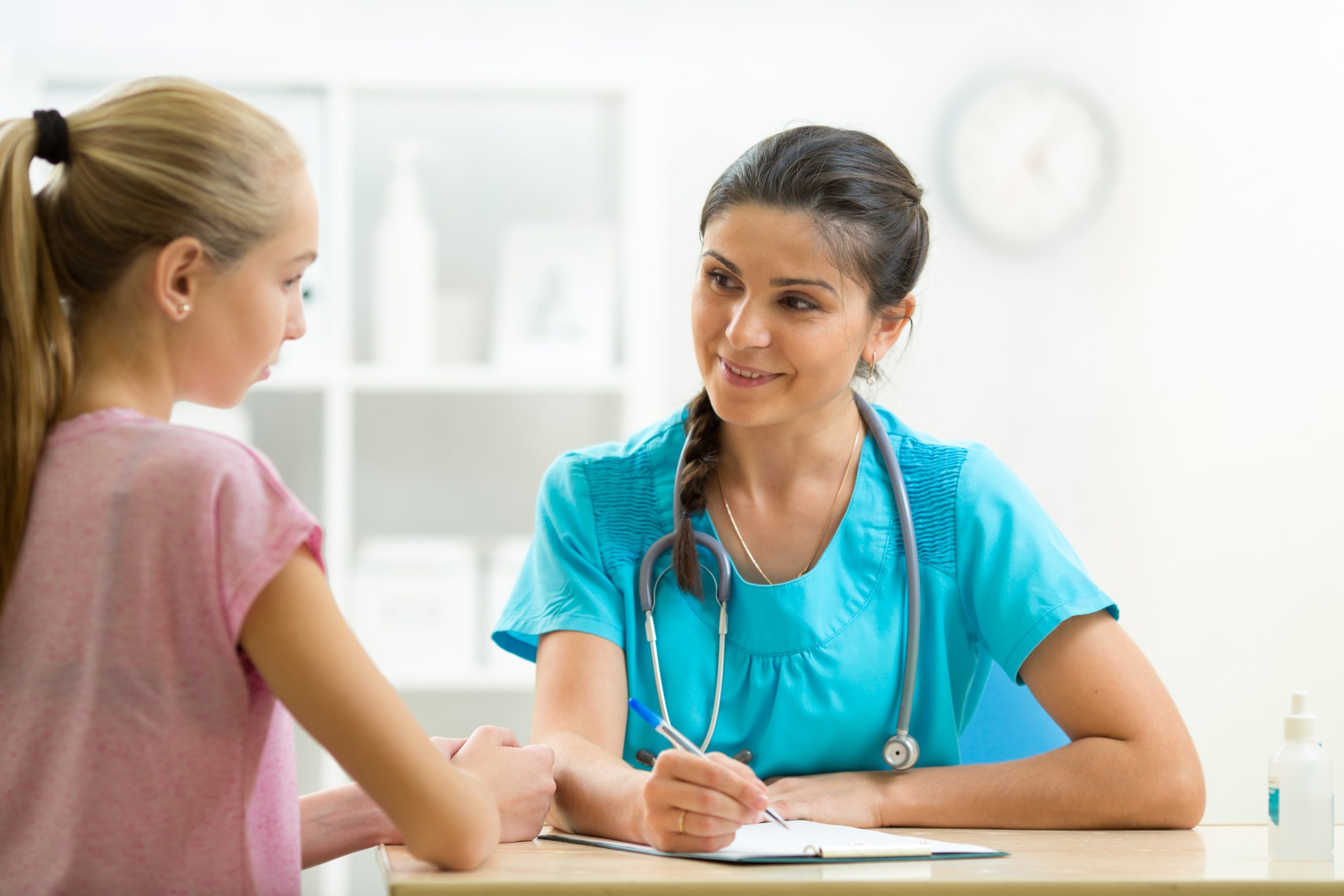 In adolescents, these criteria for diagnosis are elusive.[ii] An adolescent’s cycles are often irregular and anovulatory for the first two years after menarche. Signs of hyperandrogenism such as acne and hirsutism are common manifestations of puberty. Testosterone levels often rise during puberty, and polycystic ovarian morphology by adult standards is common in the adolescent population.

Acne, a rather common manifestation of puberty, may be the only evidence of hyperandrogenism in adolescent girls. While comedonal acne is common, inflammatory acne that is moderate or severe is not a normal pubertal phenotype. Girls with persistent acne or acne that does not respond to topical therapies are usually started on oral contraceptives (OCPs) to help control their symptoms. Yet, as birth control pills can mask symptoms and lab data typical of hyperandrogenism, these girls should be evaluated for PCOS prior to starting the pill.

The Role of Insulin Resistance and Metabolic Syndrome in PCOS

Insulin resistance is one of the root physiological imbalances in most cases of PCOS. High insulin levels cause the ovaries to produce more testosterone, increasing the symptoms of hyperandrogenemia. The most common cause of insulin resistance is a diet high in simple carbohydrates and processed foods. Women with PCOS often report a decrease in their symptoms after embracing low carbohydrate or anti-inflammatory diets. Intermittent fasting has also been a good way for women to control the insulin resistance that accompanies PCOS.

Patients with polycystic ovarian syndrome are likely to have coexisting metabolic syndrome, which is a combination of glucose abnormalities, central obesity, hypertension, and dyslipidemia. Approximately 25% of adolescents diagnosed with PCOS have associated metabolic syndrome, which places them at risk for early development of type 2 diabetes mellitus, sleep apnea, and cardiovascular disease.

There is no approved treatment for PCOS in adolescents, and girls are usually treated symptomatically with specific goals in mind.[i]  The widely accepted gynecological algorithm to treat the disorder is a combination of oral contraceptives and metformin, an insulin sensitizer. Starting OCPs at a young age carries several risks, including abnormal menstrual cycles, blood clots, stroke, and an increased risk of depression, anxiety, and certain types of cancer. Side effects of OCPs include breast tenderness, nausea, bloating, mood lability, and depression, among others.[iii]

A Review of Research

A study[i]  published by Ibañez et al in the Journal of the Endocrine Society suggests a different approach to the treatment of PCOS focused on normalizing ovulation in these patients. SPIOMET is a low-dose combination of spironolactone (a potassium-sparing diuretic), pioglitazone, and metformin (insulin sensitizers). In the study, SPIOMET helped normalize ovulation rates and decrease insulin resistance in adolescent women with PCOS. The details of their study[i]  are summarized below.

The researchers followed 62 non-obese girls (15.8 years old on average) with evidence of PCOS, mainly hirsutism and oligomenorrhea. All the participants were recommended to start the Mediterranean diet and a regular exercise regimen. None of the girls were sexually active, so there was no need for contraception. Half of the participants were placed on ethinyl estradiol plus levonorgestrel for 21/28 days and a placebo for 7/28 days. The other half were treated with SPIOMET, a combination of low-dose spironolactone, pioglitazone, and metformin.

The results pointed to a decrease in hepatic fat content and normalization of insulin resistance in the girls on SPIOMET, while those on OCPs had little change in these values throughout the 12 months of the study. Additionally, the SPIOMET group had markedly more ovulatory cycles than the OCP group. Notably, the girls who were on SPIOMET maintained these results for the entire post-treatment year, while the OCP group had little return to normal ovulatory function.

A proposed mechanism for the success of SPIOMET treatment for PCOS is the normalization of liver fat. Insulin resistance and hepatic fat go hand in hand, and patients with insulin resistance are at risk for nonalcoholic fatty liver disease. By modifying and upregulating genes that drive liver steatosis, SPIOMET provides an effective and lasting potential treatment for PCOS.

This study was limited by the diversity of the participating population. To continue research on SPIOMET’s role in the treatment of PCOS, a broad study that includes patients from various cultures, with differing diets, environmental factors, ages, and comorbidities would be beneficial. In addition, girls with obesity and in different developmental stages should be observed. 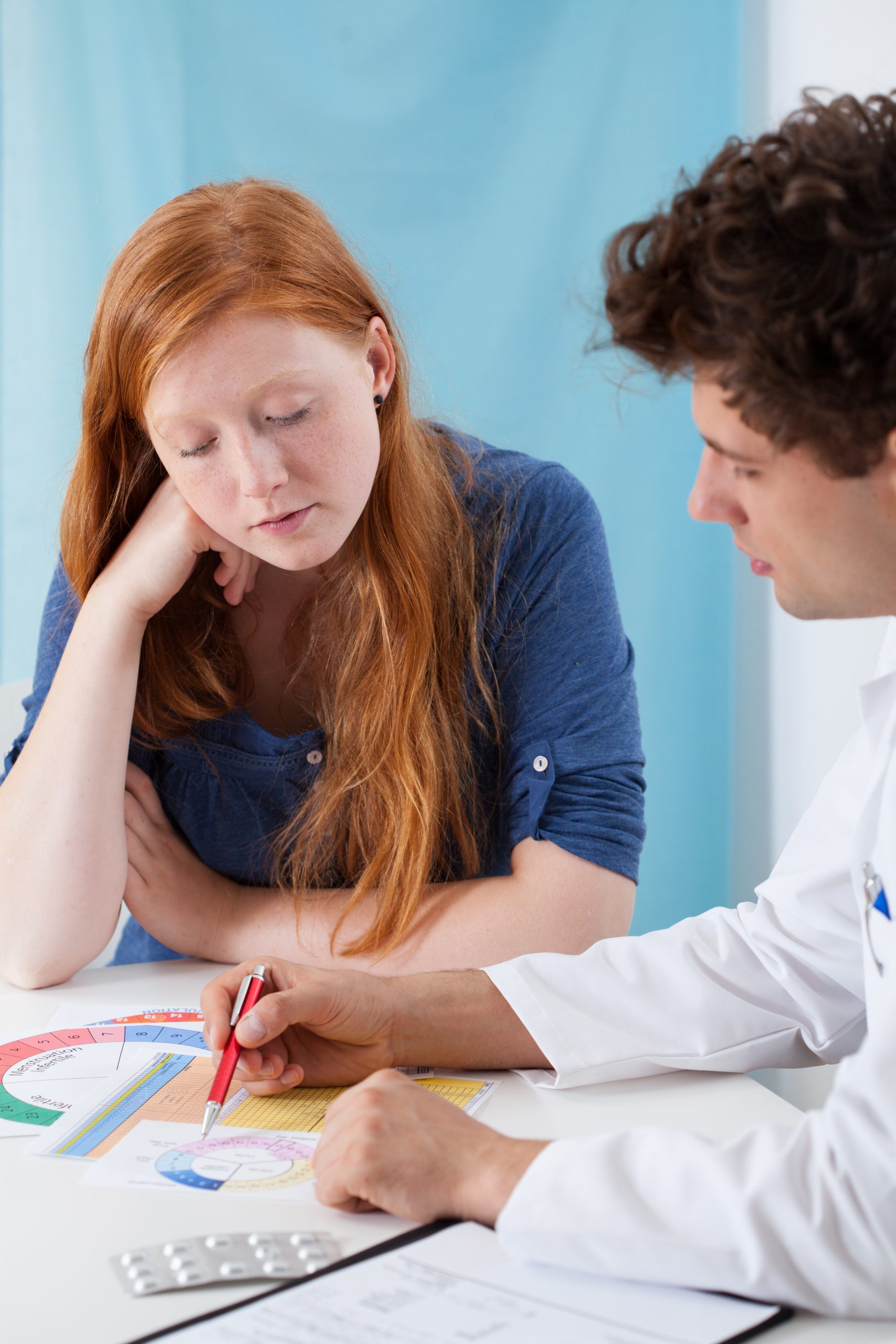 The Role of FABMs in PCOS

Fertility awareness-based methods (FABMs) and medications such as SPIOMET can work together to offer a targeted approach for PCOS treatment in adolescents. Teaching these young women a simple charting method to observe, track, and identify cycle abnormalities will aid in the diagnosis of PCOS and empower them to take responsibility for their health. Charting as an adolescent can lead to earlier diagnosis and treatment of PCOS, with SPIOMET potentially decreasing the chances of metabolic syndrome, type 2 diabetes, and future infertility.

As a woman with PCOS, I know that education, diagnosis, and treatment in adolescence would have been extremely beneficial. Teaching adolescent girls how to chart their cycle and the importance of knowing their normal reproductive physiology empowers them with a valuable tool for them and their physicians. As a future pediatrician, I am hopeful that as more adolescent women learn about FABMs, we will see earlier diagnosis of PCOS and a concurrent treatment that may include lifestyle modification as well as medications like SPIOMET.

Editor’s Note: Learning to chart the menstrual cycle and using FABMs to diagnose and treat the root cause in conditions such as PCOS empowers young women to know their physiology, and can restore ovulatory function and improve their health. To read the story of a woman with PCOS for whom this approach was used successfully, read Beyond Family Planning: Using FABMs for PCOS. 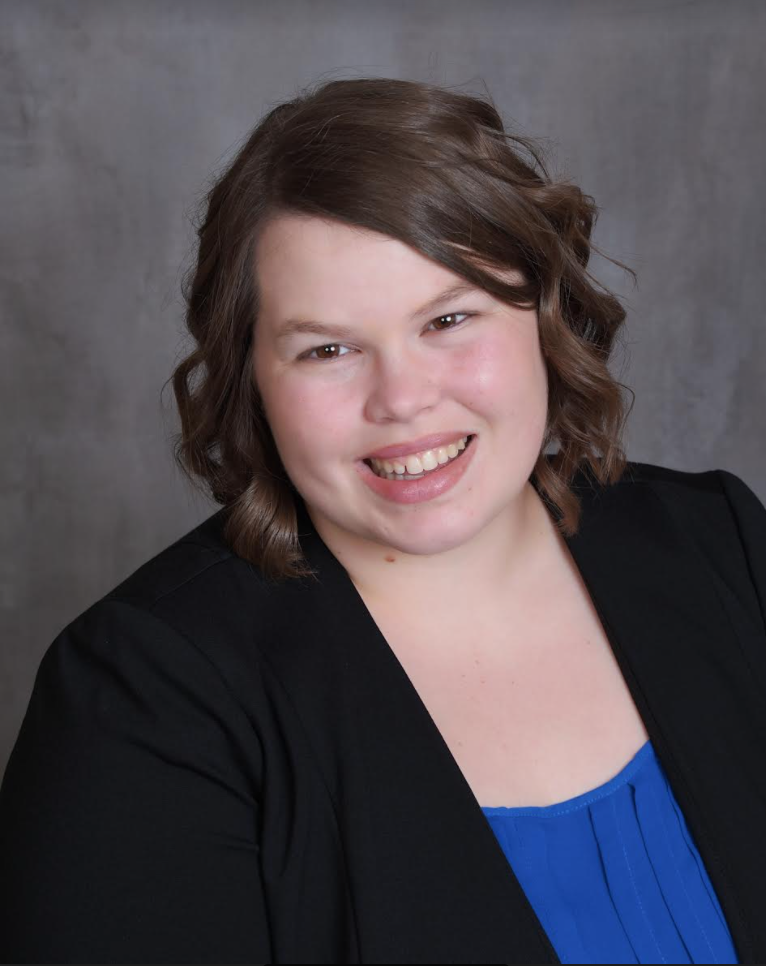 Emily Allen, DO wrote this review as a fourth-year medical student at Kansas City University. At the time, she was also completing an MBA at Rockhurst University. After learning about the Creighton Model in high school, she became interested in FABMs and NaProTechnology. She participated in the FACTS elective to learn about the medical applications of FABMs and how physicians can use these methods to diagnose common reproductive disorders. As a future pediatrician, she hopes to teach adolescents the importance of knowing their normal physiology and the value of tracking their cycles. 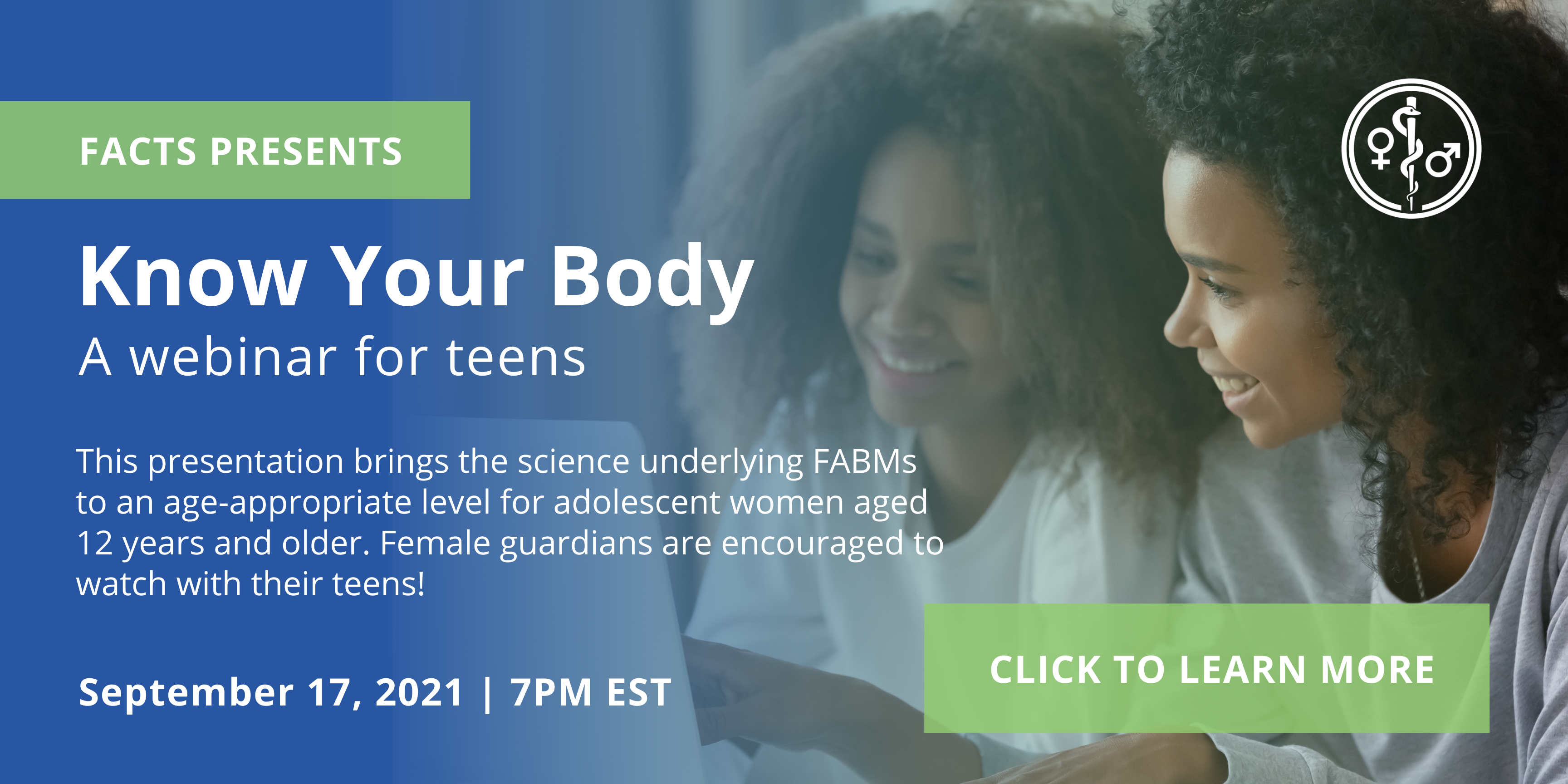 ← FABMs in the Valley: An Interview with Lynn Keenan, MD Fertility Awareness Methods: Such Powerful Tools, Such Need to Learn More →