Editor’s Note: As we continue to mark Polycystic Ovary Syndrome (PCOS) Awareness Month, we are highlighting the story of Jeanette, now a mother of four, who was diagnosed with PCOS in her teens. Hannah Fischer, a former FACTS elective participant, interviewed the woman and highlighted the high effectiveness rate and challenges of fertility awareness-based methods (FABMs), the need for professional instruction and partner support, and the caution that should be taken when trying to combine methods. One of the challenges Jeanette experienced was finding FABM teachers to learn how to use the methods properly. To make it easier for women and couples to connect with teachers and clinicians trained in FABMs, FACTS has developed a physician-clinician-educator directory. If you are trained to offer FABMs to clients or patients, please apply to be listed in our directory today!

I had the privilege of speaking to Jeanette,* a 36-year-old mother of four, about her experience with fertility awareness-based methods (FABMs). She initially heard about these family planning methods through her church. At the time, Jeanette was not following a specific method but was aware of her own pattern and bodily cues. Throughout her childbearing years, she had utilized cervical fluid observations, LH testing, basal body temperature (BBT), and even saliva ferning in various combinations.

Jeanette was diagnosed with polycystic ovary syndrome (PCOS) when she was 18 and anticipated having a difficult time achieving pregnancy. Despite this diagnosis, she conceived just six months after she got married without specifically timing intercourse for achieving or avoiding a pregnancy. However, after the birth of her first child, she and her husband tried unsuccessfully to conceive again for a year before seeking additional help. Following recommendations to start inositol and B vitamins, she conceived her second child within just three weeks.

Although Jeanette was charting, she had never really worked with a trained instructor and was frustrated by the ambiguity of biomarkers, inconsistent cycle lengths, and the fact that she conceived her second child very late in her cycle on day 54. Disillusioned, she gave up charting completely after her first two children and simply left things up to fate. Two years after her second child was born, she conceived her third child. However, this pregnancy was not as simple as the first two: she developed severe preeclampsia, requiring delivery of her third child at only 29 weeks. Thankfully, despite weighing only two-and-a-half pounds at birth and spending several weeks in the newborn intensive care unit (NICU), their son came through it well.

In light of the complications associated with her third pregnancy, Jeanette wanted to avoid pregnancy for a period. Given the difficulties she had experienced tracking her cycles in the past, she and her husband relied primarily on abstinence for an entire year. One year after the birth of her third child, she and her husband were intimate on the last day of her period, a time she thought would be outside of her fertile window. However, she conceived on day 5 of her cycle — though the pregnancy ultimately ended in a miscarriage.

Another year later, the couple decided it was time to try for another child and conceived on their first trial of timed intercourse. Similar to her third pregnancy, she developed preeclampsia and again required an early delivery. Her fourth child was born at 27 weeks, and also progressed well after many weeks in the NICU. After several troubled pregnancies, Jannette was convinced that she needed to continue to avoid pregnancy, which her physicians advised as well. Frustrated and confused by the continued irregularity of her cycles and prior conception anywhere from day 5 to day 54, she and her husband resigned themselves to another 11 months of abstinence to avoid any chance of pregnancy.

“Another year later, the couple decided it was time to try for another child and conceived on their first trial of timed intercourse.” 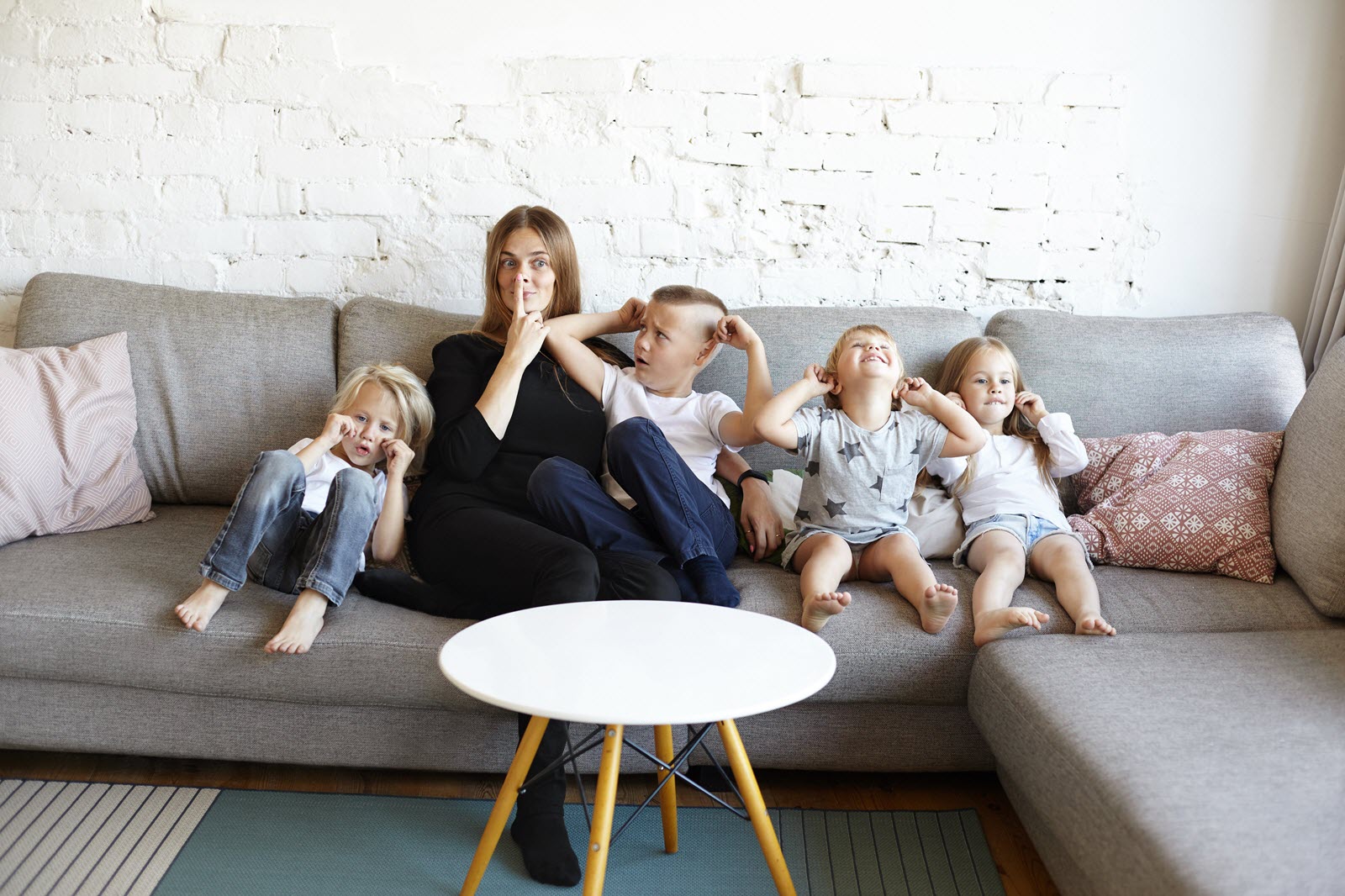 At the time of our interview, Jannette and her husband had recently had intercourse. She expressed concern that she could be pregnant and feared the health implications for her and the baby. Despite the importance of avoiding pregnancy for her health, she did not believe sterilization or any other forms of birth control would be right for her at the time. As for natural family planning methods, she said: “I just don’t have as much confidence in it anymore.”

The stress of her inconsistent cycles and the impossibility of spontaneous intimacy have taken their toll. Yet, she said she hoped to find a practitioner to get her on track. She also hopes to see a Creighton NaPro-trained physician, but she has yet to find one in her area. Overall, Jeanette still remains dedicated to FABMs as her best alternative to methods of hormonal contraception but said she wishes there were more resources to help women like her use FABMs, especially now when it is so crucial for her to avoid pregnancy.

“Jeanette still remains dedicated to FABMs as her best alternative to methods of hormonal contraception but said she wishes there were more resources to help women like her use FABMs.”

“Not enough doctors are out there that really care to help beyond just the pill,” Jeanette said.

Still, she remains grateful that FACTS exists in order to teach physicians and future physicians the basics about the various methods so that they can help patients achieve all of their reproductive goals. Speaking with Jeanette about her fertility journey was enlightening. Our conversation made me even more grateful for the opportunity to learn about FABMs and equip myself with the tools to help patients like her. Taking the FACTS elective allowed me to understand the benefits of charting to identify health problems, in addition to its family-planning applications — a bonus I was not expecting. I look forward to utilizing what I learned during the elective in my future patient encounters and believe this course will make me a better clinician.

She remains grateful that FACTS exists in order to teach physicians and students the basics about the various methods so that they can help patients achieve all of their reproductive goals. 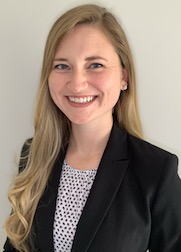 Hannah Fischer is a family medicine resident physician in Georgia and graduated from Edward Via College of Osteopathic Medicine (VCOM) in Spartanburg, South Carolina. Hannah grew up in Pittsburgh, PA and attended Allegheny College for her undergraduate studies. She enrolled in the FACTS elective to learn more about FABMs and is looking forward to using the curriculum to better guide care of her patients and to help them achieve pregnancy. 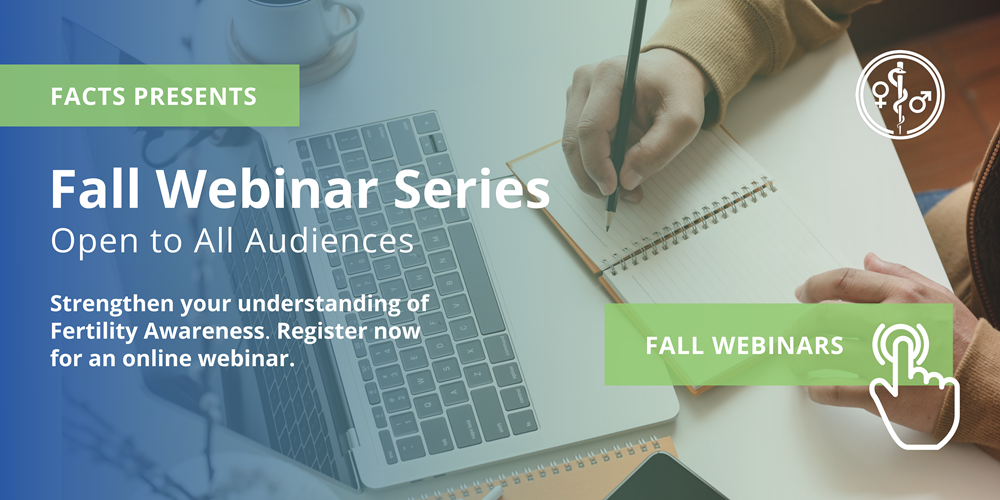