Editor’s Note: This is a review of research[i] published in 2019 in Fertility and Sterility titled, “Findings from a mobile application-based cohort are consistent with established knowledge of the menstrual cycle, fertile window, and conception.” It was written by a third-year medical student and aspiring obstetrician-gynecologist who participated in the two-week FACTS online elective in fertility awareness. The study summarizes and analyzes menstrual cycle data self-reported by more than 98,900 women via the Ovia Fertility mobile application-based period tracker.

Faust et al collected and analyzed data obtained from a mobile phone application used by women to record information about their menstrual cycle and identify potential fertile days of their cycle. The authors believe that data reported to the application could be used to validate prior research about the menstrual cycle in a large, diverse, contemporary population.

Much of the data we have about the menstrual cycle and fertile periods derives from research conducted in the mid-20th century. Given the recent widespread use of mobile devices and applications and their utilization by women to assess information about their menstrual periods, Faust et al wish to capture the valuable data generated by a mobile platform to “drive consensus between traditional and modern research.” With the large potential for mobile, or “app”-based natural family planning, data from a diverse cohort of mobile users with which to inform these methods is of great importance.

This study is a retrospective analysis of aggregated deidentified data obtained from users of the Ovia Fertility mobile application. Women living in the United States and between ages 18 and 45 were eligible for inclusion if they indicated they had “just started trying to conceive” upon enrolling in the application. Women were excluded if they did not report data to the application or had cycles shorter than 19 days or longer than 60 days.

The Ovia Fertility application asks women to log information each day of their cycle, including vaginal bleeding/spotting, mood, symptoms, cervical characteristics, intercourse, and ovulation test results obtained through urine LH test strips. Women were also able to report a pregnancy and/or log the result of a pregnancy test through the application. The authors used statistical methods to calculate mean follicular and luteal phase length, adjusting for the likely inverse relationship between fertility and number of cycles reported by each user. They also used established models to calculate the likelihood of conception on each cycle day based on user reported intercourse and pregnancy data.

The highest probability of conception occurred with intercourse on the day before ovulation (41%). Drawing closer to ovulation, women were increasingly likely to report mucus with the consistency of “egg whites,” the cervix as high, soft, and open, and pelvic pain (mittelschmerz) as well as increased sex drive.

The average cycle length and follicular and luteal phase lengths were consistent with previous studies. Of note, luteal phase length was more variable (SD=4.6) than in other studies and more variable than follicular phase length in this study, which represents a departure from previous findings in the literature. The highest probability of conception on the day prior to ovulation is consistent with the existing literature, as is the confluence of symptoms observed by participants leading up to conception.

Strengths of this study include the large sample size, the inclusion of a young population of mobile device users, and its consistency with results from previous studies. However, this study was limited by the self-reported design based upon application engagement, which allows for measurement error and missing data. The fact that participants were less likely to become pregnant than in other studies suggests a potential bias toward reduced fertility among application users. The use of a cohort of women who “just started trying to conceive” may have biased the cohort toward women who had just stopped using hormonal contraception. Additionally, most of the study participants were white, which limits the applicability of results to the general population.

Since all fertility awareness-based methods (FABMs) of family planning rely on an accurate understanding of the menstrual cycle, and since increasing numbers of women will access FABMs at least in part through mobile devices, this study represents an important contribution to the literature. It is reassuring that many of the results reaffirm conclusions from previous studies. Surprising areas of discrepancy, such as the length and variability of the luteal phase as compared to the follicular phase, represent an opportunity for future research. Hopefully, future studies will incorporate data from a more diverse population.

Editor’s Note: This 2019 study includes a large sample of North American women and self-reported data about their menstrual cycles collected over five years. Although a more diverse sample is desirable for future research, studies like this one serve to expand our knowledge of the menstrual cycle while challenging previous findings and beliefs that may or may not be accurate. With millions of women now downloading and using female technology (fem-tech) such as mobile apps and devices, the field of fertility awareness may very well experience its own much-needed explosion of information and interest. This is an exciting development that can revolutionize not only our understanding within the scientific community but also create new avenues for women to learn about their bodies, monitor their reproductive health, and regain a sense of power and autonomy over their fertility. With so much new technology and information available, it is more important than ever for physicians and other medical professionals to learn the fundamentals of fertility awareness-based methods.

To learn more about fem-tech, read these recent articles written by students on the FACTS elective:

To learn more about the basics of FABMs and their role in women’s health and family planning, join us for one of our upcoming webinars or register to attend our virtual conference coming up on May 14-15, 2021. 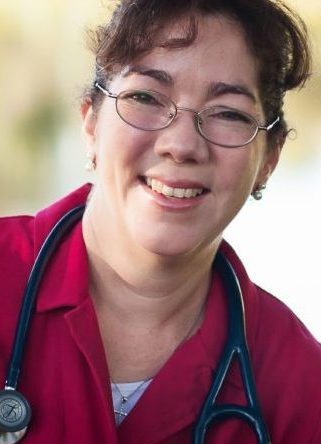 Amaryllis Sánchez Wohlever, MD is senior writer and editor for FACTS. She is also associate course director for the cutting-edge fertility awareness FACTS elective offered through Georgetown University School of Medicine. She is a Board-certified family physician, a national expert in clinician wellness and burnout prevention, and a certified wellness and leadership coach for physicians. She speaks throughout the country to empower medical professionals with the message of hope from her latest book, Recapturing Joy in Medicine.

As a FACTS member, you are able to view and download more than 160 research articles. The searchable database groups articles into 12 categories including Charting and the Science of the Cycle, FABM Effectiveness for Preventing Pregnancy, FABMs for Infertility and Achieving Pregnancy, Fertility Awareness Apps and FemTech, Psychosocial Aspects of FABMs, and more!