Editor’s Note: As we celebrate Men’s Health Week, we are grateful for the 3rd year family medicine resident who summarized an important study just published focused on male fertility. His article is based on research[i] published last month in The World Journal of Men’s Health by Ana Dias Martin et al, titled “Metabolic Syndrome and Male Fertility.” Noting a global decrease in birth rates alongside a rising prevalence of metabolic syndrome worldwide, the study assessed the relationship between metabolic syndrome and male reproductive health. The effects of each component of metabolic syndrome were evaluated in relation to male fertility, and pathophysiologic effects of each component on sperm function were explored. The results were summarized for Men’s Health Week as part of the FACTS Ambassador program, designed to expand students and residents knowledge of fertility awareness, led by our Executive Director, Dr. Marguerite Duane. 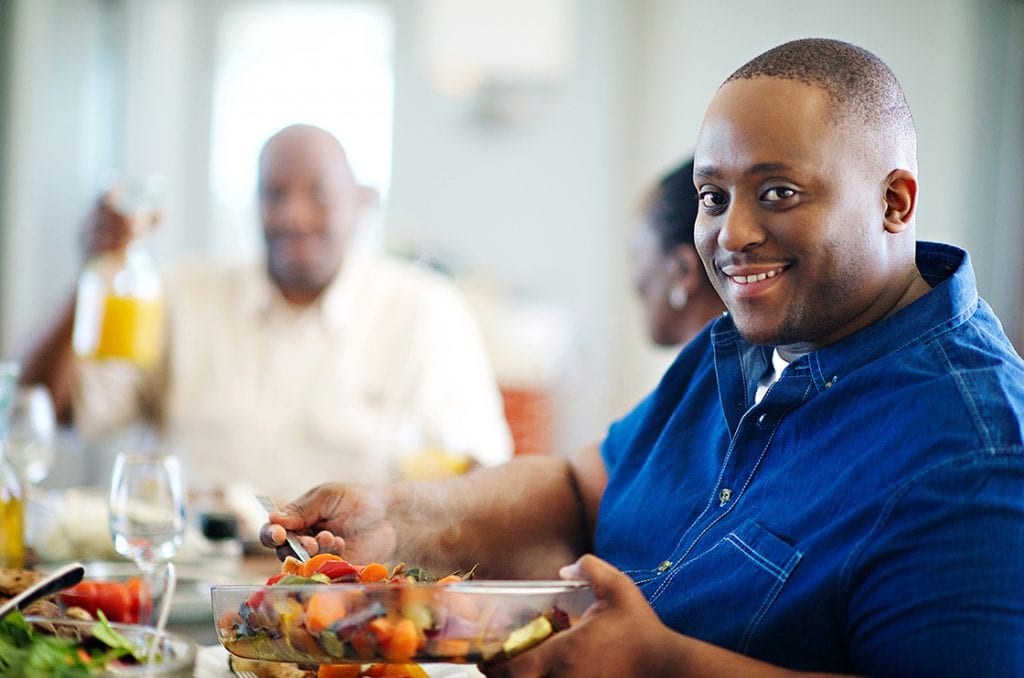 Introduction
Metabolic syndrome (MetS) consists of a cluster of conditions that include obesity, dyslipidemia, hypertension, and insulin resistance, leading to significant deleterious effects on a person’s health. At present, approximately 20% of U.S. adults meet the criteria for MetS. Interestingly, the increase in the prevalence of this syndrome has coincided with a decrease in semen quality among adult males. Moreover, infertility affects about 15% of couples attempting to conceive after 1 year of regular unprotected intercourse, and male factors contribute to 20-50% of the causes of infertility among couples.

The presence of MetS can influence male fertility through several mechanisms. In fact, it has been shown that as the number of MetS factors increases, so does the risk of erectile dysfunction (ED). Although obesity, dyslipidemia, hypertension, and insulin resistance have separate effects on male fertility, when these conditions coexist, they have additive effects on male fertility. Now let’s review each component of metabolic syndrome and how each one affects fertility among males.

Obesity
The World Health Organization (WHO) defines “overweight” as a body mass index (BMI) greater than 25 kg/m2, and “obesity” as a BMI greater or equal to 30 kg/m2. Overweight can also be diagnosed based on abdominal fat, defined as a waist circumference greater than or equal to 102 cm for men and 88 cm for women. Recent reports reveal a relationship between an increase in the rate of obesity and a decrease in birth rates.

Leptin, a hormone produced in adipose tissue, regulates energy homeostasis and is an essential mediator of inflammation in the setting of obesity. Obese men develop leptin resistance, which leads to high levels of leptin in the circulation. Ghrelin, a hormone secreted by the stomach, regulates appetite, and its levels are lower in people who are obese. Various peptides, including Peptide YY (PYY), glucagon like peptide-1 (GLP-1), and cholecystokinin (CCK), are produced by the GI tract after eating and augment satiety. Compared to people with normal weight, each of these peptides tends to be lower in obese individuals.

Several studies detected a clear association between altered sperm parameters, DNA fragmentation and fluctuations in hormone levels, and obesity. Several mechanisms account for the effects of obesity on male fertility and sperm function, including (1) an imbalance in the testosterone: estradiol ratio and other sex hormones due to excessive aromatization in adipocytes, (2) excessive inflammation and oxidative stress resulting from high levels of adipokines and toxins in adipose tissue of obese men, (3) an increase of gonadal temperature due to accumulation of fat tissue in the scrotal region, impairing spermatogenesis, and (4) impaired regulation of several hormones that can alter the hypothalamus-pituitary-gonad (HPG) axis.

Many studies also link obesity to testosterone deficiency. In obese men, an increase in aromatase within adipocytes results in peripheral conversion of testosterone into estradiol, causing a negative feedback on LH secretion. This suppresses the HPG axis, leading to a reduction in testosterone production by Leydig cells, which in turn contributes to ED.

There is also a correlation between fertility in obese men and increased oxidative stress, a known cause of sperm dysfunction. The excess in adipose tissue is associated with an increase in local and systemic production of pro-inflammatory adipocytokines, which induce the production of reactive oxygen species (ROS). Also, the deposition of fat tissue around the scrotal vessels can reduce spermatogenesis, decreasing blood cooling and increasing testicular temperature.

Insulin Resistance, Glucose Metabolism, and Diabetes
The maintenance of plasma glucose is crucial for the physiological functions of the body, as it is the sole energy fuel for cells protected by blood-barriers, such as in the brain and testes. Similar to obesity, studies demonstrate a correlation between an increased incidence of diabetes mellitus (DM) and a decrease in fertility rates.

Two studies that compared type 2 diabetes patients to non-diabetic men showed lower progressive sperm motility, an increase in sperm DNA fragmentation, and lower sperm concentration and total count in semen of diabetic patients. These effects are believed to result from alterations in testicular environment, which is highly controlled by glucose homeostasis that can be deregulated in diabetes. This leads to impaired spermatogenesis, testosterone homeostasis, ejaculatory function and volume, and libido. Oxidative stress is also increased in diabetes due to overproduction of ROS, which in turn leads to a decreased efficiency of antioxidant defenses.

A cause-effect relationship exists between testosterone and diabetes, with lower levels of testosterone typically present in diabetic men, which also increases the risk for developing type 2 diabetes with low testosterone. This is because testosterone improves insulin sensitivity and hence glucose homeostasis.

Testosterone is also an important regulator of spermatogenesis, as Sertoli cells are directly influenced by testosterone, which helps explain the alteration in sperm production. Sexual dysfunctions such as erectile and ejaculatory dysfunction and decreased libido are common in patients with diabetes. Also, neurovascular alterations can induce impairment of the endothelial function of the corpus cavernosum, resulting in organic ED or retrograde ejaculation.

Dyslipidemia
The studies reported detected higher levels of serum cholesterol, VLDL, triglycerides, and phospholipids in patients with lower sperm count or decreased sperm motility as well as in couples with a significantly longer time to conception. Oxidative stress, which accompanies derangement in lipid concentration, may be the driving force behind the impact of dyslipidemia on male fertility. The article also highlighted a therapeutic gain in fertility in patients treated with antioxidant and lipid-lowering agents. 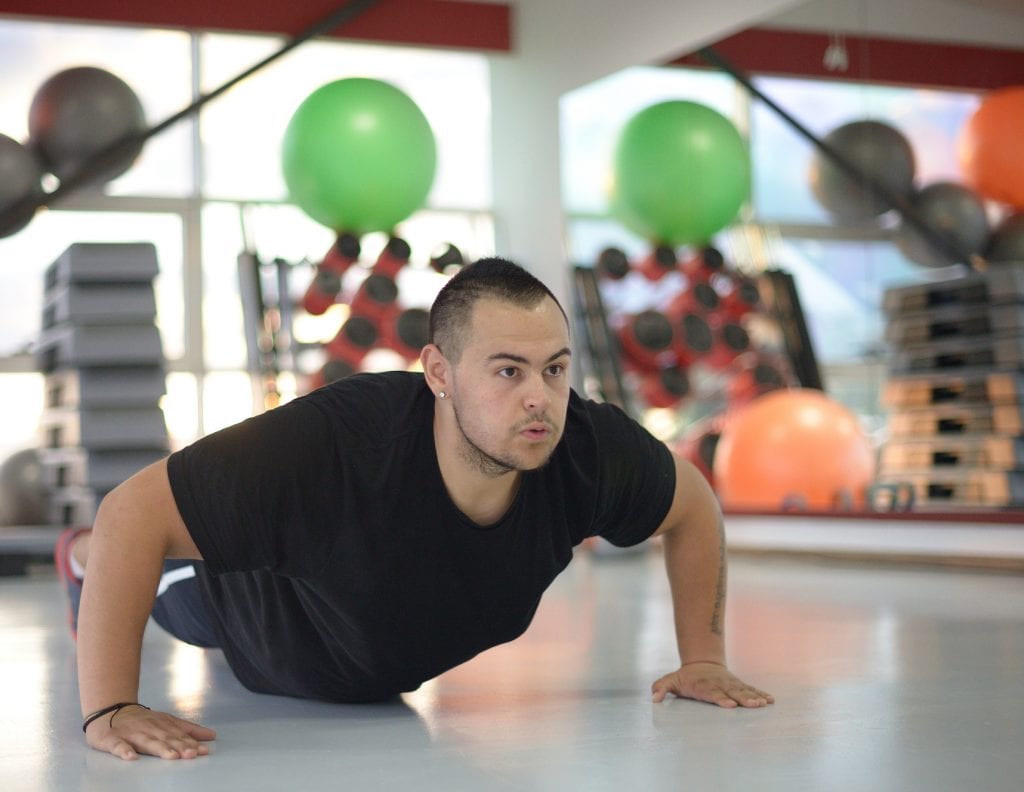 Hypertension
Existing data suggests an association between hypertension and impaired semen quality. Guo et al found that men with hypertension had lower semen volume, motility, total count, and total motile count when compared with men without hypertension. ED tends to be more prevalent in hypertensive men, with a 2-fold increased risk than the general population. The causes are related to structural lesions that result from high blood pressure in penile arteries and aggravated by atherosclerosis, resulting in impairment of blood flow.

Treatment of Metabolic Syndrome and Fertility
Weight loss achieved through a healthy lifestyle and regular physical activity is the cornerstone intervention for metabolic syndrome. An improvement in sperm quality is expected as weight reduction alleviates the deleterious effects of obesity on the human reproductive system. An increase in total sperm count, semen volume, testosterone, sex hormone-binding globulin (SHBG), and anti-Müllerian hormone (AMH) was also observed. 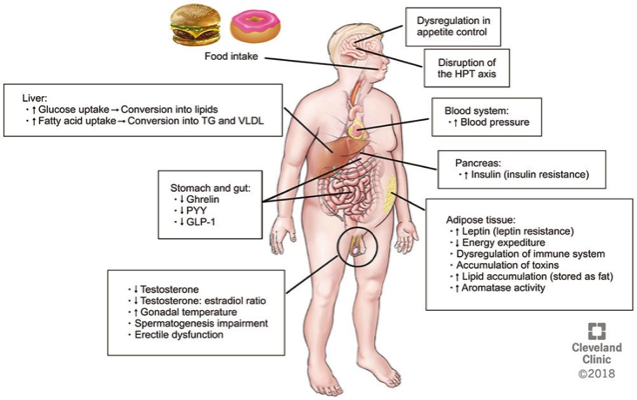 Conclusion
According to the researchers, “adopting a healthy lifestyle appears to be the single most important intervention to prevent the unwanted effects of metabolic syndrome on men’s health and fertility.” A healthy lifestyle characterized by good nutrition and regular physical activity is essential to attain greater health and well being and prevent the unwanted effects of metabolic syndrome—including detrimental effects on sperm quality, amount, function, and potential fertility.

DO you feel prepared to educate women & couples about FABMs?
DO you know the latest science about these safe,
effective options for family planning & health monitoring?
Are you curious about the latest fem-tech?

Join us in Dallas for this
one-day CME Conference!

SAVE the DATE
for the FACTS Annual Meeting!

More information will be coming soon.

We hope to see you there!

Would you like to learn more about fertility awareness
based methods and their applications
in women’s health and family planning?

Enroll in our two-week ONLINE COURSE!

The online medical student elective empowered me with the knowledge to share with patients and coworkers about the true effectiveness of fertility awareness based methods. I learned the physiology of the woman’s menstrual cycle with such great detail that I can read charts systematically, like an electrocardiogram. Not only are FABMs useful for family planning but even for diagnosing and treating medical conditions.  — Chris Galletti, MD (who completed the FACTS elective as a 4th yr. medical student)