Editor’s Note: Today we are featuring an interview with a woman who used different fertility awareness-based methods (FABMs), including the Sympto-Thermal Method and the Marquette Method, at different points in her life to achieve family-planning goals. Leah Beth VanBlaricum, a former FACTS elective participant, interviewed *Jane about her fertility journey, the costs incurred with learning a method, and the impact FABMs had on her marriage.

Of note, the Affordable Care Act includes a provision requiring coverage for FABMs, stating that “instruction in fertility awareness-based methods, including the lactation amenorrhea method, should be provided for women desiring an alternative method.”[1] Learn more about this topic and other resources for you and your patients at our first FACTS meeting in 2023, which will be on Friday, February 10th in Tucson, AZ.  Please join us!

Jane and her husband first started using the Sympto-Thermal Method (STM) seven years ago, mainly as a tool to avoid pregnancy after marriage. As Catholics, they preferred to pursue natural family planning (NFP) or fertility awareness-based methods (FABMs) for faith-based reasons. The couple hoped to delay pregnancy and child-rearing until Jane completed her education in teaching, but they knew they eventually wanted to have children. Her friends and family were skeptical of her decision to pursue NFP, insisting that she would become pregnant before they were ready.  Jane persisted and was determined to use a method that accommodated both her faith and family planning preferences.

The couple enrolled in a class to learn STM — which relies on observations of cervical fluid secretions and a daily recording of the basal body temperature (BBT) as soon as one awakens to determine the fertile window. After ovulation, the basal body temperature typically rises 0.2°C due to an increase in progesterone. The couple learned this method through Serena, a Canadian organization which offers in-person and online courses that provide support and education around this method.  When used perfectly, STM can be more than 99% effective, with typical use effectiveness rates ranging between 98% and 99%. [2,3]

Jane and her husband successfully avoided pregnancy for several years, and Jane’s mother even became concerned that Jane was infertile. However, when they decided it was time for their first baby, the couple became pregnant on their second cycle. Both her friends and family were impressed with the efficacy of STM, and opinions changed around using FABMs for family planning.

“Jane and her husband successfully avoided pregnancy for several years, and … when they decided it was time for their first baby, the couple became pregnant on their second cycle.” 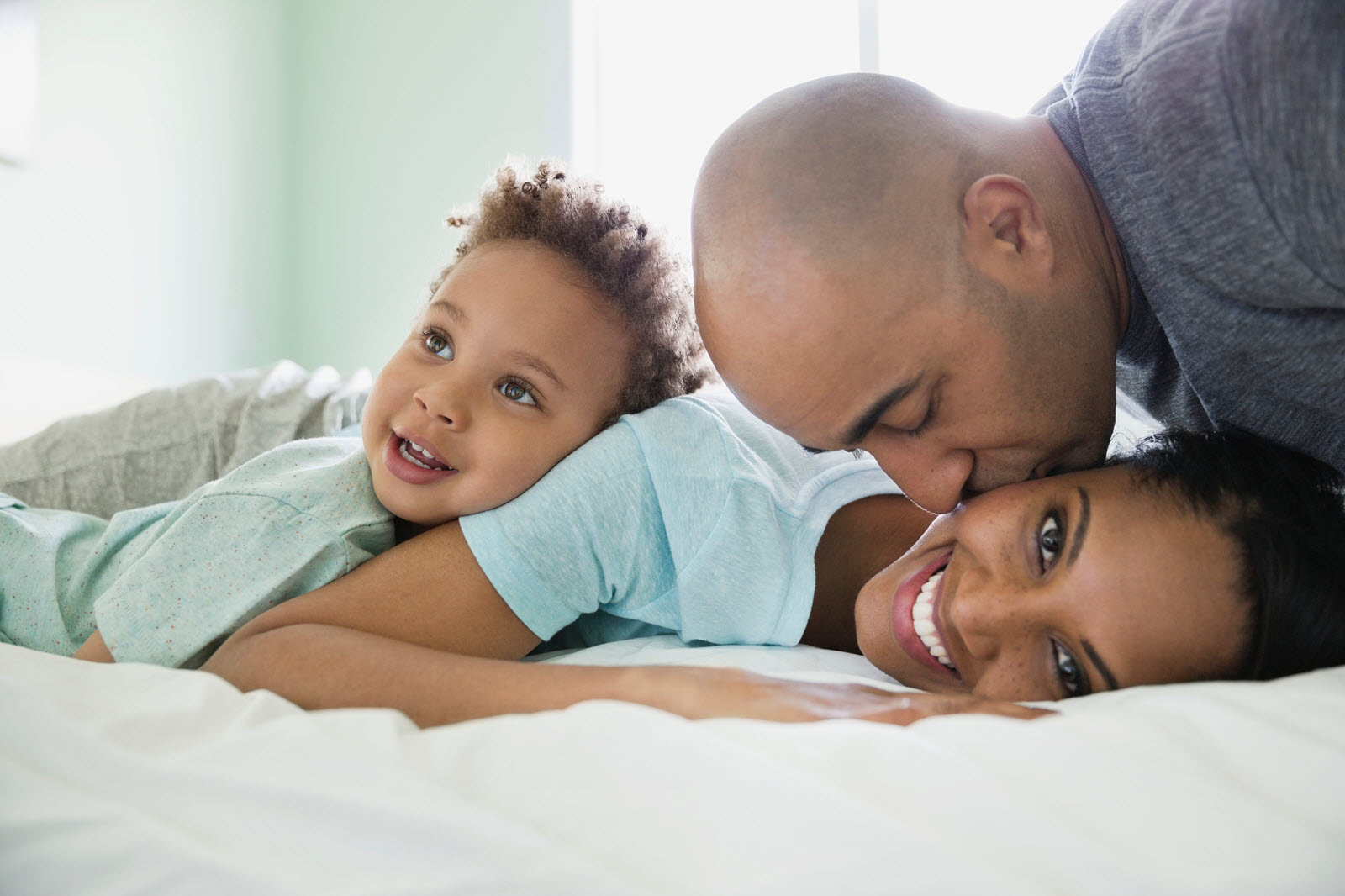 After the delivery of her first child, Jane and her husband were concerned that continuing to use STM while breastfeeding would be difficult. Before pregnancy, the couple felt that the periods of abstinence enriched their intimacy. Although STM does offer a breastfeeding protocol, the couple recognized it would require prolonged periods of abstinence because of the unpredictable timing of a woman’s return to fertility when breastfeeding. Aware of the numerous FABMs available, they researched different methods and decided to pursue the Marquette Model, a sympto-hormonal form of family planning. It not only required less abstinence than their previous method but also offered a more objective confirmation of ovulation.

The Marquette Model utilizes urinary hormones to determine the fertile window. Users also have the option to track cervical mucus to “double-check” readings from the monitor, though Jane and her husband decided to rely solely on urinary hormone measurements. They learned the method through Vitae Fertility, with the initial course costing $230 and including a year-long subscription for on-demand consultations with the healthcare professional that taught the course. There was an option to  renew the course for an additional $50 a year, and the couple greatly benefited from being able to talk to someone whenever a question about Jane’s cycle emerged. They also had to purchase a fertility monitor at about $150 and test strips at $30 to $40 per box. Despite the additional expenses, the couple was willing to pay these fees for the increased security of the objective urinary hormone readings. They also realized that the cost of purchasing test strips — every 4 to 6 weeks when breastfeeding, and every 3 to 4 months during normal cycles — was much cheaper than purchasing diapers and baby supplies.

To use the Marquette Model, Jane used the fertility monitor to check levels of urinary LH and estradiol metabolites, two hormones that indicate that ovulation is close to occurring. After a few months of use, the monitor uses an algorithm to determine how frequently the user should input urine samples. The monitor displays either P, H, or L readings. If the LH rise that occurs before ovulation is detected, the monitor reads “P,”  indicating peak fertility. The reading “H” indicates high fertility after detection of estradiol metabolites in the urine. If the couple’s goal is to avoid pregnancy, they refrain from sexual intercourse on “P” and “H” days. If the monitor reads “L” (indicating low fertility), neither LH nor estrogen is detected, and the likelihood of pregnancy is extremely low.

The Marquette method is 98 to 100% effective with perfect use, and 86% to 93% effective with typical use. [4,5] Considering the ease of use and objective assurance that they could avoid pregnancy, Jane said she is extremely satisfied that she decided to switch FABMs.

Despite first seeking out an FABM because of her faith, Jane and her husband continue to use natural methods of family planning because of the health benefits and the depth it has added to their relationship. She finds charting her cycle empowering and has been able to continue charting even while raising her son and pursuing her career. She questions why more women are not willing to embrace FABMs. These methods are natural, relatively inexpensive, and can be highly accurate even with typical use. Given the high demand for organic foods, natural skincare and feminine hygiene products, Jane wonders why more women do not also want a natural way to manage their fertility. She believes the major concern is likely that people view them as “ineffective,” which research has refuted. [6] Jane continues to advocate that if users follow the rules and learn from a trained instructor, they too can achieve their family-planning goals.

“Given the high demand for organic foods, natural skincare and feminine hygiene products, Jane wonders why more women do not also want a natural way to manage their fertility.”

My conversation with Jane increased my enthusiasm for fertility awareness-based methods of family planning. She is a perfect example of how users can switch methods as life and fertility concerns change. The couple tried and implemented two methods of family planning, but a variety of FABMs that analyze all aspects of fertility remain available. From the Standard Days Method, which relies on calendar calculation, to the Creighton Model, which focuses more on  cervical mucus tracking, I am confident that all women can find a method that will enable them to reach their family planning goals in a low-cost and natural way. As women like Jane continue to share their success stories with FABMs, I am optimistic that more women will continue to embrace these effective, evidence-based methods.

*Name has been changed to respect the privacy of the interviewee, and all information is shared with permission.

Leah Beth VanBlaricum is a psychiatry intern at Indiana University-Vincennes. Her interests include rural medicine and women’s mental health. She keeps busy caring for her 11-month old son and helping her husband and extended family on the farm. 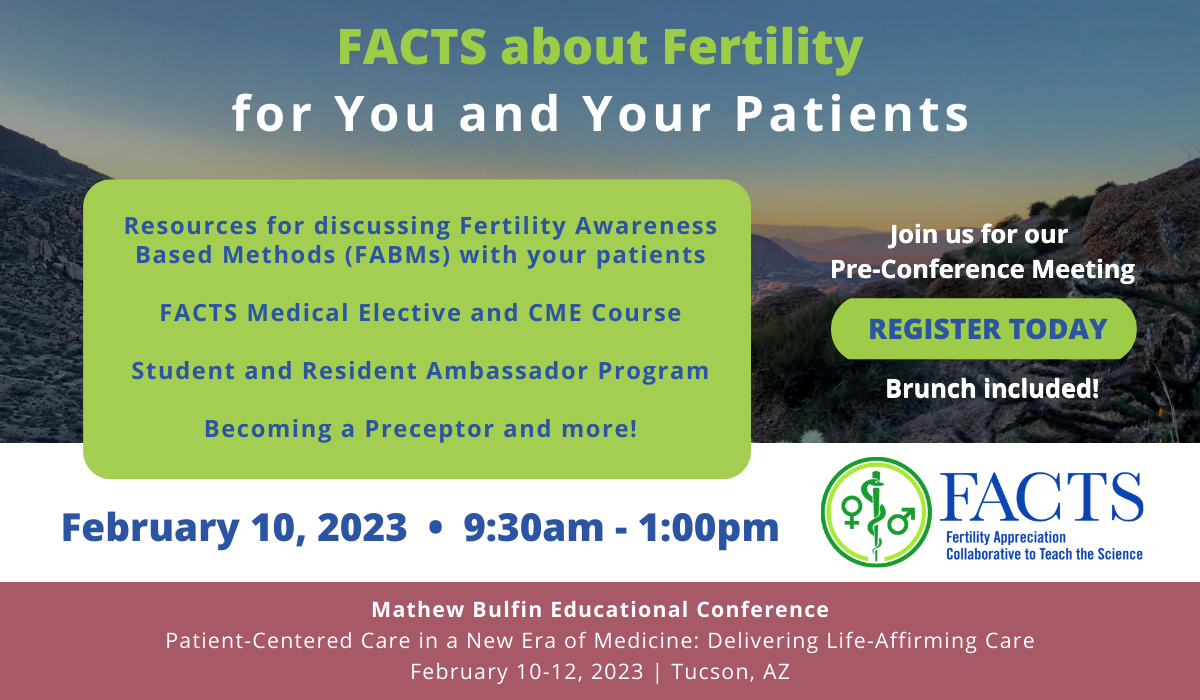