Editor’s Note: This is a summary of research published in 2020 by Najmabadi et al titled, “Menstrual bleeding, cycle length, and follicular and luteal phase lengths in women without known subfertility: A pooled analysis of three cohorts.” Alexa Chanos was a fourth-year medical student on the FACTS elective when she wrote this review. The study provides further evidence of the usefulness of charting the menstrual cycle to obtain daily data, some of which challenge long-held beliefs about the different phases of the female cycle.

Najmabadi et al designed their study to outline the normal spectrum of the menstrual cycle and provide support for the hypothesis that variability exists within it. The researchers aimed to prove that variability can be part of a normal fertile cycle and does not necessarily indicate infertility or abnormal menstruation.

The authors analyzed 3 cohorts of data including one prospective cohort, one randomized trial, and one retrospective cohort. All of them included women using the Creighton Model, a fertility awareness-based method (FABM), to track their cycles in order to achieve pregnancy or to evaluate the probability of conception. Their research included 532 women and 3,326 cycles. The mean age of women in the study was 27.1 with a range from 18 to 40. Of all the women, 66% were nulligravid and 70% were nulliparous. Each woman recorded her vaginal bleeding or discharge daily using a Creighton Model chart. The last day of discharge noted to be clear, stretchy, or slippery was estimated as the woman’s peak day of ovulation.

When comparing the cycle lengths by age and parity, nulliparous women age ≥30 years old versus <30 years old had significantly shorter cycles and shorter follicular phases. They also had a higher likelihood of >3 days variability in the length of their luteal phase.

The authors concluded that there was variability in the healthy menstrual cycles evaluated in the study. They were able to find variability within the menstrual flow length, follicular phase length, as well as the luteal phase length in women with cervical mucus consistent with a fertile window.

This means it may be more difficult than originally thought to distinguish what is truly an abnormal cycle versus normal fertile cycles. It also means that medical professionals should be aware of this type of variability and reinforce the idea to patients that no two cycles will be exactly the same, and tracking their cervical mucus as well as fertile versus infertile windows is the best way to evaluate their personal pattern of fertility.

Based on these findings, further studies could be conducted to assess how this variability in cycle length affects fertility in patients attempting to conceive. For example, women over the age of 30 in the study had shorter cycles overall, shorter follicular phases, and greater variability in the length of the luteal phase compared to women under the age of 30. It would be interesting and relevant to study how these differences in variability may affect women attempting to conceive, if at all. If studies show no negative effects on fertility or successful conception in women with this type of variability, it would further prove that variability within a woman’s cycle is normal, healthy, and not indicative of a woman’s fertility.

Adding these findings to the knowledge gained through the FACTS course reinforces the importance of fertility awareness. Teaching women how to chart their cycles and monitor their cervical mucus, basal body temperature, hormones, or whatever FABM they are comfortable using can make a tremendous difference in their fertility and health. For instance, a patient case comes to mind where a woman began charting her cycles and noted her discharge appeared abnormal. Because she was tracking her cycles, her medical professional recommended that she discontinue use of a particular lubricant and switch to something more natural, such as coconut oil. With this change, the discharge lessened and returned to clear. Without having this information and its timing on her chart, someone less experienced in fertility awareness and symptom charting might have prescribed antibiotics or vaginal creams thinking she had an infection.

This story represents one example of the difference fertility awareness can make to a patient. This is an integral part of women’s health, and future medical professionals should have, at the very minimum, a baseline knowledge of these methods and concepts for the good of their patients. 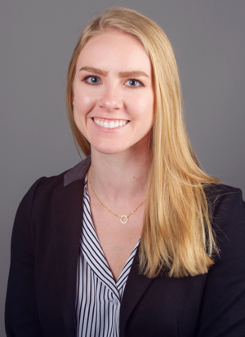 Alexa Chanos, MD is currently a first-year obstetrics and gynecology resident at Mercy Hospital St. Louis. She completed her medical degree at Chicago Medical School – Rosalind Franklin University. She enrolled in the FACTS course in her fourth year of medical school while pursuing a career in OB/Gyn to improve her understanding of fertility awareness-based methods. She believes this knowledge is essential in order to counsel her future patients on all their hormonal and non-hormonal options, and a necessity for anyone wanting to provide care in women’s health.