The Relationship Between Stress and PMS

The Relationship Between Stress and PMS: A Research Review

Editor’s Note: A standardized assessment of stress and common symptoms of premenstrual syndrome (PMS) would elicit a clearer understanding of the correlation between them. This is one of the conclusions of a meta-analysis[i] published by Lee and Im in 2016 in Health Care for Women International, titled, “Stress and Premenstrual Symptoms in Reproductive-Aged Women.” Anastasia Bjelopetrovich reviewed the research while on the fertility awareness elective taught by FACTS through Georgetown University School of Medicine. Her interesting summary opens this month’s series to raise awareness about the intersection between common gynecologic conditions, fertility, and mental health. Stay tuned!

Premenstrual Syndrome (PMS) is common all over the world among women of reproductive age. The spectrum of clinical features associated with this syndrome varies greatly, and women may report vastly different symptoms that can suggest the diagnosis. They may experience psychiatric symptoms as well as physical manifestations of the condition. In general, the symptoms must be present during the luteal phase before menstrual bleeding occurs, and subside after menses, in order to meet a clinical diagnosis of PMS.

Recently, more research is attempting to capture risk factors that may increase the likelihood that a woman will experience premenstrual syndrome. Possible reasons for the range in severity of PMS symptoms include differences in race, body mass index (BMI), age, and socioeconomic class. One commonly cited factor for severe symptoms is stress. However, it is unclear how stress and PMS correlate with one another. In 2016, a meta-analysis was published in Health Care for Women International to synthesize the literature relating stress to PMS; their findings are summarized below.

A total of 48 studies were reviewed in the meta-analysis by Lee and Im. The authors noted that many of the studies described stress as ‘perceived stress’ without mentioning the source of stress. The experience of stress was measured quantitatively 96% of the time using scales; each woman quantified the stressors in her life rather than stating that a specific emotional, physical or spiritual stressor was present. A greater proportion of the studies assessed chronic stress in participants’ lives rather than acutely stressful events. The PMS symptoms were measured primarily through diaries or questionnaires that participants completed based on common criteria used to arrive at the diagnosis. The majority of the publications were retrospective studies.

The meta-analysis discovered that 44% of the studies used stress as a predictor or risk factor for a patient developing PMS or having more intense symptoms. This was further interpreted to state that women with higher stress scores had a greater likelihood of developing severe premenstrual syndrome. Another large proportion—36% of the studies—found that stress and PMS are significantly correlated, but not in any specific direction.

These studies concluded that the severity of PMS symptoms is worse in those women with higher stress levels, but there was no direct causation between the two factors.

A handful of studies showed the opposite correlation—that the premenstrual time period itself causes women to have a heightened stress response. 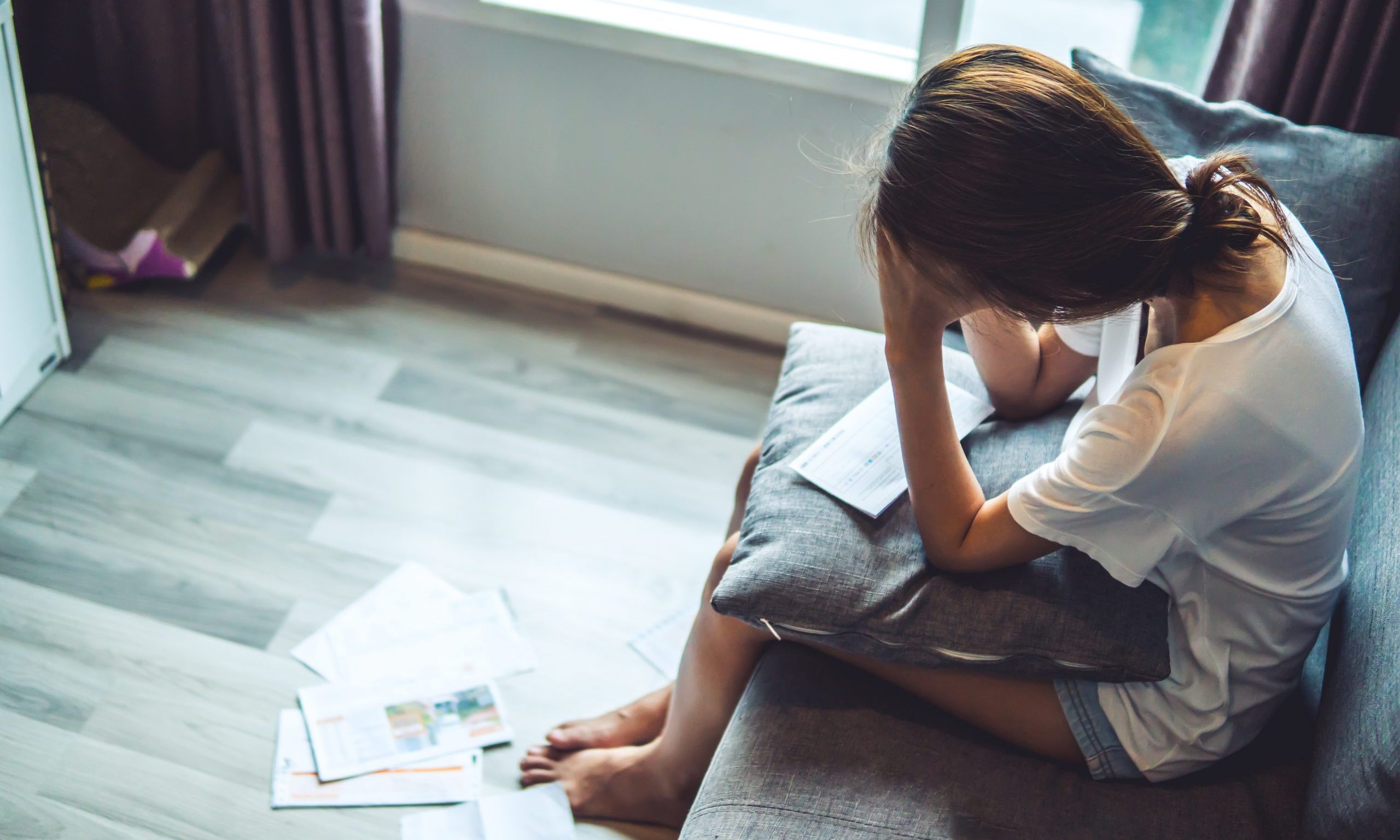 A significant limitation noted by the authors was the wide range of ages in women throughout the 48 studies analyzed. Since age is commonly listed as a risk factor and can cause different types of stress, this could cloud the results of the studies. For instance, a college-aged student and a 40-year-old woman may have vastly different types of stress to handle. Furthermore, cycle lengths vary throughout a woman’s reproductive years.[ii] The difference in length of these cycles may also cause differences in timing of PMS symptoms that a woman may experience.

Future studies could aim to have tighter age ranges to evaluate how the duration and severity of symptoms vary between women at the height of their reproductive years compared to those in the perimenopausal phase. This could also be carried over to stress in the lifespan and how women in different phases of life experience different types of stress, and further analyze PMS symptoms of women during those stressful times. The topic could be explored even further to identify changes in fertility a woman may experience in response to stress.*

There is also significant variation across generations, cultures, and societies, and how they report, measure or qualify these symptoms.i Regarding fertility awareness-based methods (FABMs), it is noted that women in a variety of cultures with different educational abilities are able to chart their menstrual cycle accurately.[iii]Expanding future research to assess how different cultures view changes in bleeding or charting severity of PMS symptoms while also recording changes in stress would be an area not yet explored by the studies included in this meta-analysis.

Another large limitation of the study was the relative lack of generalizability of the definitions of stress and severity of symptoms used to rate PMS. The use of different scales makes it hard to compare the high stress rating or symptom intensity of one study to another. The development of a standardized assessment of stress as well as PMS symptoms would allow researchers to reach more generalizable conclusions about the correlation between the two factors.

This study has the strength of examining multiple articles in different parts of the world with a diverse group of women as participants. Most of them confirmed what was already known about stress and PMS, that there is a definite correlation between the two. However, the exact relationship or whether stress is a cause of PMS was not clearly identified in any of the studies. Many of the studies reviewed were retrospective, which can lead to recall bias of symptoms. A prospective study design would be more ideal to further examine a possible cause-effect relationship between stress and PMS. A randomized control study or further prospective studies would allow researchers to focus on more specific relationships between PMS symptoms and how stress may play a role in their intensity.

* Editor’s Note: Last month, we published a review of research on the impact of stress on fertility as part of the FACTS series to raise awareness about infertility. Follow the link to learn more about this important topic. 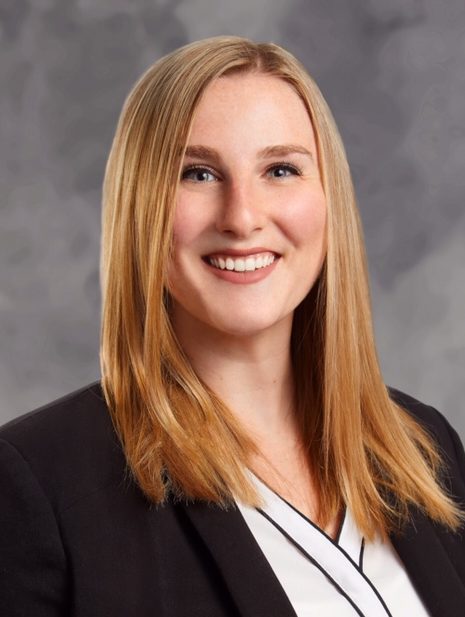 Author Bio: Anastasia Bjelopetrovich is a fourth-year medical student at Kansas City University-KC Campus. She recently matched into the obstetrics and gynecology residency program at Grandview/Kettering Medical Center in Dayton, OH. She looks forward to contributing to the field of women’s health throughout her career.

LESS THAN TWO WEEKS AWAY!

Invite a Colleague and Register TODAY!

Our 2021 two-day CME virtual conference is less than two weeks away! We are looking forward to this year’s event as an opportunity to connect with one another, to learn more about fertility awareness, and to explore timely topics in women’s reproductive health together. Expand your toolbox and join us!  Click here for more details and registration information.We hope to “see” you there!