The Billings Ovulation Method: An Interview with a Couple

Editor’s Note: This interview with a couple who uses the Billings Ovulation Method is part of our series that highlights the reality of using fertility awareness based methods (FABMs), including benefits as well as challenges of the various methods. Matthew Thigpen, a 4th year medical student, conducted this interview as part of a two-week online elective with Dr. Marguerite Duane, Executive Director and co-founder of FACTS.

Introduction
During my time on the FACTS elective, I was fortunate to interview a couple that has used the Billings Ovulation Method for twelve years. Like so many women today, Ms. O followed her mother’s lead using oral contraceptive pills until she was married and planning to have her first child. Fortunately, she and her husband were able to conceive and have a healthy baby boy. Before leaving the hospital, she was strongly encouraged to have an IUD placed. Later, when the couple began discussing having their second child, she returned to have the IUD removed. Despite this, she continued to have missed periods, and they were unable to get pregnant even months later. It was at this point that one of her physicians suggested they meet with a Billings instructor. 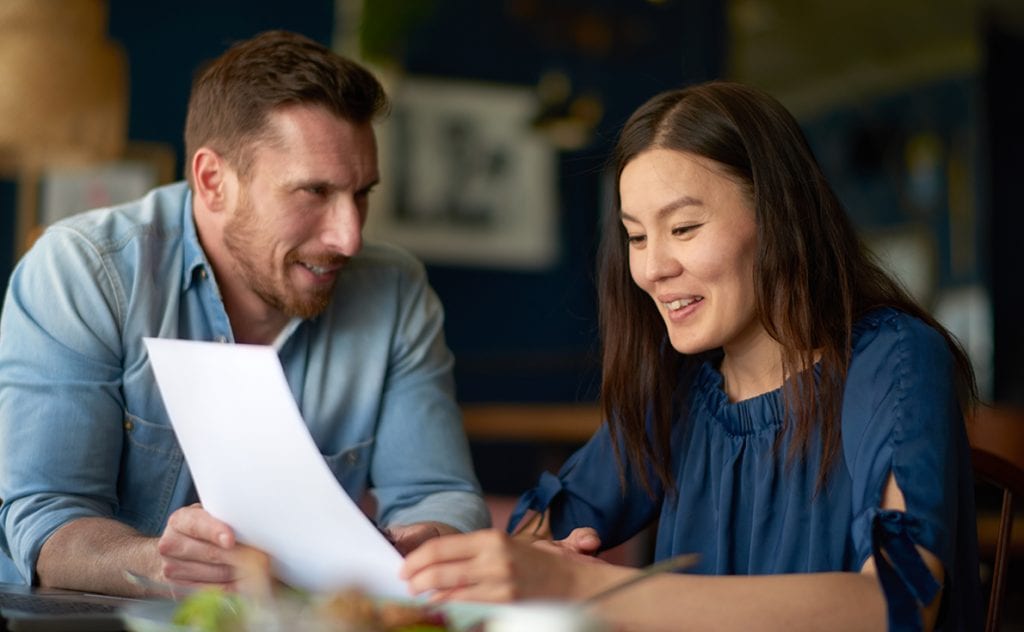 Learning the Method
As they were learning about the Billings Ovulation Method and charting, Ms. O fell in love with this new approach and how eye opening this instruction was to her health. They were soon able to have another baby and hoped to carry on what they had learned to avoid pregnancy.

Ms. O described this transition as bittersweet. While she continued to enjoy learning more about her health and being free of artificial hormones, she found it difficult at first to trust the process and share with her husband things that felt so embarrassing. Similarly, Mr. O felt it was difficult to discuss the various aspects of charting and recognized how poor his communication had been at times.

Overcoming Obstacles
In spite of those initial hurdles, the couple successfully adopted the Billings Ovulation Method and soon recognized some blessings that came with the challenges. They began to notice conversations about other difficult topics became easier as well. In particular, Mr. O recognized using an FABM improved his communication skills, and he felt he understood his wife better than ever. The discipline they gained having to abstain also helped them later in life, when they were advised to avoid intercourse during high risk pregnancies.

Continuing with the Billings Ovulation Method
Looking back at the years using the Billings Ovulation Method, the couple is grateful for the insights provided by charting and the role it has played in expanding their family. They are also grateful to the health professionals and physicians who helped them find and learn the method, and enjoy letting their friends know about the role this FABM has played in their relationship.

Reflections from a Future Physician
As I listened to this couple’s experience and reflected on my time in medical school, I was not surprised they were not offered alternatives to hormonal birth control or IUDs. Prior to my research, my exposure to FABMs was at best presented as a grouping of the various methods labeled “moderately effective” and, at worst, not even an option to be considered.

What I have found even more concerning is the discrepancy between much of the research supporting several methods like the Billings Ovulation Method and how medical education presents the material. Along with the teaching that hormonal contraception is the only viable option for family planning, the side effects seem to always be brushed off as a necessary risk of contraception. I am thankful I have gained a broader perspective on the research and risks of the various methods of family planning through my elective with FACTS and the studies I have read on these topics. With this knowledge, I hope to offer my future patients a more accurate picture of their options for family planning and continue to keep up with the research as I move into residency.

Author Bio: Matthew Thigpen is a 4th year medical student at Texas A&M College of Medicine. Upon graduation as a medical doctor later this month, he will pursue residency training in family medicine at Texas Tech Amarillo.

Would you like to enroll in our two-week ONLINE COURSE to learn about
fertility awareness based methods and their
applications in women’s health and family planning?

“I highly recommend this elective to other medical students! Now that I have a much better understanding of the various FABMs, I am prepared to counsel and assist my future patients in determining which method is right for them.”

— Emily Krach, DO, who completed the FACTS elective as a medical student

Join Us for a Webinar
and Earn CME Credit!

← How Old is Too Old to Conceive? A Summary of Research Findings The Sympto-Thermal Method: An Interview with a Couple →