The Menstrual Cycle as a Marker of Health: A Research Review

Editor’s Note: This is a review of research[i] published in 2019 in npj Digital Medicine titled, “Real-world menstrual cycle characteristics of more than 600,000 menstrual cycles.” It was written by a second year medical student as part of a two-week online elective taught by FACTS executive director, Dr. Marguerite Duane, at Georgetown University School of Medicine. The study highlights features of the menstrual cycle that have important implications for a woman’s health and wellbeing, even beyond their impact on her fertility and family planning.

Introduction
Fertility awareness apps are becoming increasingly popular. The existence of more than 100 fertility awareness-based apps with more than 200 million downloads illustrates women’s desire to track their cycles. However, despite interest, there is a need for more education in the medical community about the characteristics of menstrual cycles. One example is the conventional wisdom that rigidly states a woman’s median cycle length is 28 days, with a luteal phase length of 14 days, leaving out common variations that could have significant implications in the management of women’s health conditions.

Fertility awareness apps provide a valuable service to women while also offering a unique opportunity to study these menstrual cycle variations in large populations. In this study, over 600,000 menstrual cycles were evaluated, resulting in one of the largest analyses of its kind. 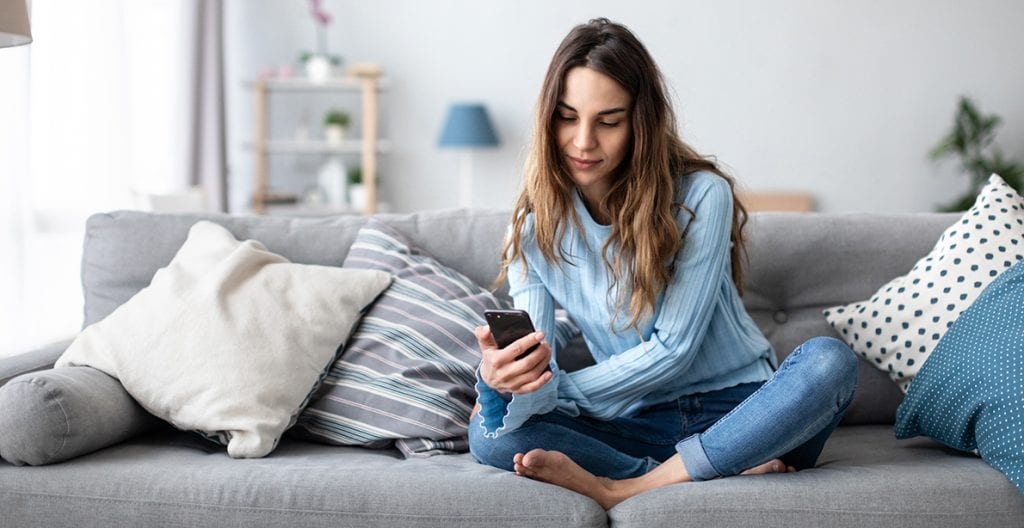 Methodology
Data was obtained from the Natural Cycles app, including women who were registered between September 2016 and February 2019. Participants chosen were between the ages of 18 and 45, with a median age of 30.3, a BMI between 15 and 50 at registration, and who had not been on hormonal contraception in the 12 months prior to registration. Subjects who recorded a medical problem, such as PCOS, hypothyroidism, or endometriosis, and those with any menopausal symptoms or indications of possible pregnancy were excluded. Cycles were included if recorded by a user with at least 6 complete cycles between 10 and 90 days, with non-deviating temperatures on at least 50% of cycle days. 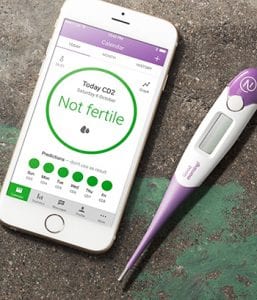 Participants prospectively recorded sublingual basal body temperature (BBT), dates of menstruation, and luteinizing hormone (LH) test results. Users were instructed to record possible reasons for temperature deviation, including sleep disturbances and alcohol use. A rise in BBT was determined to confirm ovulation if the average was consistent with other luteal phase averages, and higher than both the follicular phase and overall average across all entries. The app recommends when to test for LH, instructing the user to test every other day until she sees a surge that confirms impending ovulation.

The app algorithm determines ovulation retrospectively using BBT, LH testing, and menstrual cycle parameters. A positive LH test provides additional confidence that ovulation has occurred and requires fewer high temperatures. Once a cycle is determined to have been ovulatory, the estimated day of ovulation (EDO) is determined, which is considered the day of the last low temperature.

Menstruation length was determined to be the number of consecutive days of bleeding, excluding days of spotting. Cycles were split into the following cohorts by length: very short (15-20 days), short (21-24 days), medium (25-30 days), long (31-35 days), and very long (36-50 days). P values were not calculated because they could be very small even without clinically significant difference due to the large sample size. Instead, effect size between two cohorts was estimated as a mean difference with a 95% confidence interval.

Cycle characteristics by user BMI
Underweight women (BMI 15-18.5) had a longer mean bleed length by 0.2 days, or 5%. Morbidly obese women (BMI >35) had a higher cycle length variation by 0.4 days, or 14%, and a longer follicular phase length by 0.9 days, or 5%. No other clinically significant differences between BMI cohorts were observed.

Discussion
This study analyzed more than 600,000 menstrual cycles, providing insight into variabilities among and within menstrual cycles and challenging the clinically-accepted “standard” of the 28-day cycle. This assumption has real consequences for both women and the medical professionals who provide reproductive health care to them. As such, an individualized approach to the identification of the fertile window should be adopted.

Although this study has broad applications in women’s health care, it is not without its limitations. It is important to note that most of the users came from the United States, the United Kingdom, and Sweden, and that women with higher BMI’s were underrepresented in the study population. Further research representative of other populations ought to be conducted. Additionally, further research must be performed to determine whether some of these variations in cycle parameters were due to undiagnosed ovulatory disorders. 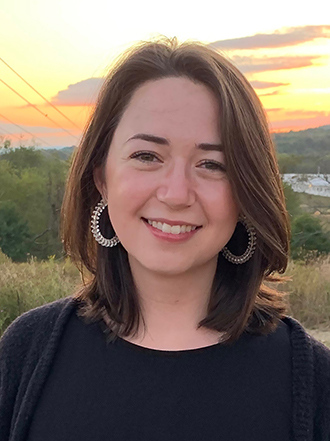 Author Bio: Anna Goodwin is a second-year medical student at the Edward Via College of Osteopathic Medicine in Blacksburg, Virginia. She is a FACTS ambassador and is pursuing her instructor certification in FEMM, a Sympto-Hormonal fertility awareness based method (FABM). Anna is passionate about women’s health and plans to pursue a residency in either obstetrics and gynecology or family medicine.

Below are the FACTS core webinars we offer every month.
To REGISTER, click on the dates below, then share and invite a colleague!

The Female Cycle as the 5th Vital Sign
This presentation highlights the health of the female cycle and how the fertility awareness chart can aid in the diagnosis and management of common women’s health concerns.
Wednesday, February 19th, 6:30 pm EST
Wednesday, March 18th, 12:30 pm EST
Tuesday, April 7th, 8:00 pm EST

FABMs for Achieving & Avoiding Pregnancy
This presentation focuses on the use of FABMs to achieve pregnancy. It includes a case in which FABM charts assisted to diagnose and treat infertility. Evidence-based FABMs and their effectiveness rates to prevent pregnancy are also discussed.
Monday, March 9th, 7:00pm EST
Monday, April 27th, 1:00pm EST

The Signs of the Female Cycle Explained
Designed for a general audience, topics of this presentation include the science of charting a woman’s cycle, the benefits of using FABMs to monitor health, and how to choose a method that may be best for you!
Wednesday, January 22nd, 6:00 pm EST
Friday, February 14th, 1:00 pm EST
Monday, March 2nd, 12:00 pm EST

FACTS members can attend one FREE webinar each year.