This post is a synopsis of the research presented in the article published in Human Reproduction by P.Frank-Herrmann et al. It is a post in a series entitled Featured Research where we go back and break down some of the foundational research about different fertility awareness based methods (FABMs). We hope after reading this post you are inspired to check out the original research article to read the complete study! A longer list of research is also available here. 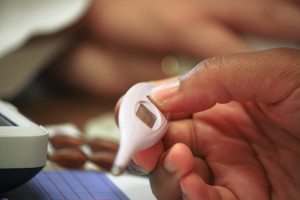 It is important for women and couples to have accurate information about effectiveness rates when they are choosing a method for family planning. In early studies of fertility awareness based methods (FABMs), most method effectiveness rates for avoiding a pregnancy were calculated without separating out users who choose to deviate from the method use instructions. Therefore, to evaluate the true method effectiveness of the Sympto-Thermal Method (STM), Frank-Herrmann et al., decided to examine data from a longitudinal prospective cohort study conducted by the German NFP study center. The Sympto-Thermal Method teaches a woman to define her window of fertility by recording observations of her cervical secretion pattern, changes in basal body temperature and the application of a calculation rule. The study conducted by the German NFP study center looked at 1,599 women, 35,966 menstrual cycles, between 1986 and 2005 using the Sympto-Thermal Method.

The objectives of this efficacy study are to analyze the overall use effectiveness of the Sympto-Thermal Method, and according to the ‘perfect/imperfect-use model’ determine whether or not a couple using of a barrier method during the fertile time results in fewer unintended pregnancies (article). In addition, the authors investigated the acceptability of the Sympto-Thermal Method by looking at couples who discontinued their use of the method because of dissatisfaction or difficulties with use. A cohort of women were identified from the original 1,599 women using very specific inclusion and exclusion criteria resulting in a subcohort of 900 women (60% of the women were between 19 and 29 years old and nearly two-thirds of them had a German baccalaureate or equivalent) (article). These women were provided with comprehensive educational materials and taught to use the Sympto-Thermal Method by accredited teachers. Women volunteered for the study and were asked to send in their cycle charts after the completion of each cycle with details pertaining to their sexual behavior, cycle length, cervical secretions, recorded basal body temperature, and family planning intention for the following cycle. 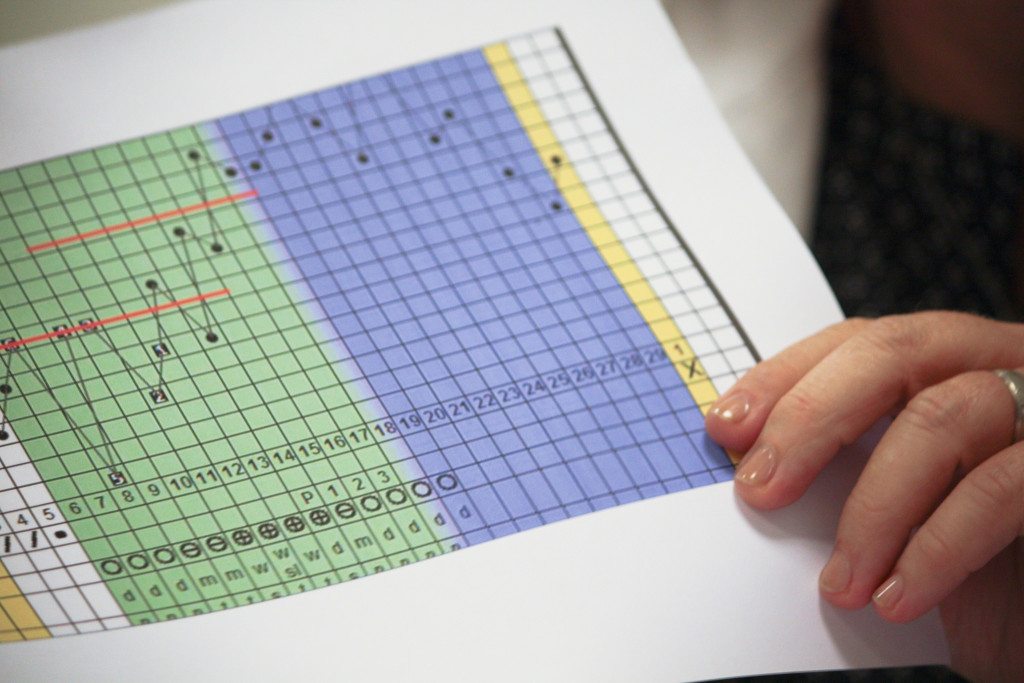 To better evaluate the results and look for the overall use-effectiveness rate, method-related discontinuation, and lost to follow-ups groups were identified within the population of 900 women. The STM only-group consisted of 322 women, and the STM mix-group consisted of 509 women. The STM mix-group used a barrier method in 53% of their cycles during the fertile window, while the STM only-group did not use a barrier method.

Pregnancy rates of the Sympto-Thermal Method over 13 months

The unintended pregnancy rates with typical use were as follows:

Sexual behavior was recorded in 85% of the cycles. Of those cycles one-third were categorized as being ‘perfect’ use, i.e. abstinence only during the fertile window. The unintended pregnancy rate with perfect use was 0.43 per 100 women and 13 cycles. Discontinuation rates due to dissatisfaction or difficulties with the method were found to be only 9.2 per 100 women at 13 cycles of method-use.

The authors conclude their paper by highlighting the specific research methods used to ensure the high quality of the study. They recognize that while it is not a randomized controlled trial, few FABM studies are because they are mainly observational studies. They state a few other conclusions:

This prospective longitudinal cohort study demonstrated that the Sympto-Thermal Method is significantly effective to avoid a pregnancy, even with typical use and especially if used consistently with couples abstaining from intercourse during the fertile time.

Amylynn has taught the Creighton Model FertilityCare System for three and a half years to women in various stages of their reproductive life. She is also a trained FACTS Speaker. Amylynn currently lives and works in Northwest Arkansas with her husband Joey.
← Task force finds Billings Ovulation Method of natural family planning effective How do fertility awareness based methods affect couple intimacy? →