In observance of Endometriosis Awareness Month, this week’s Featured Research focuses on a study linking specific observations a woman can make at home to signs of endometriosis. Read through for more details, and stay tuned for more posts about endometriosis this month. 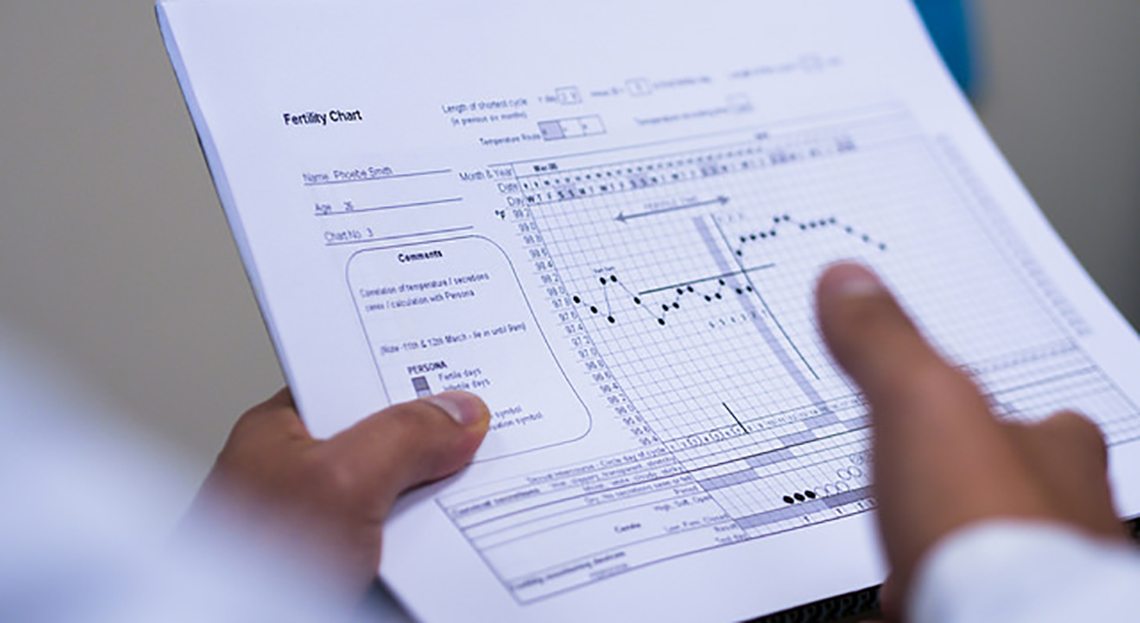 Endometriosis can be a debilitating disease affecting about 6-10% of reproductive age women and is associated with pelvic pain and infertility. Since endometriosis is a progressive disease, diagnosing and surgically treating it early is important, i.e., before it becomes deeply invasive and infiltrating. Although there is some association of endometriosis with pelvic pain, the most definitive diagnostic procedure is through visual laparoscopy. Although laparoscopy is a fairly safe procedure, there are surgical risks and discomfort. Non-surgical diagnostic indicators would be beneficial for early and non-invasive detection. One potential indicator of early endometriosis is pre-menstrual spotting, i.e., light menstrual bleeding before a frank menses. Therefore, researchers sought to determine if premenstrual spotting (of 2 days or more) was predictive of endometriosis among sub-fertile women (Heitmann, Langan, Huang, Chow, Burney 2014).

The participants for this study were selected from the records of all women who underwent laparoscopy for an infertility assessment – most of whom had pelvic pain – from March 2009 to March 2011 at a tertiary medical center. All participants completed a three page infertility assessment that included questions as to pelvic pain during menses and intercourse, and whether they had spotting before the normal menstrual flow. The researchers only included the symptom if the premenstrual bleeding was two days or more before the onset of menses. They were able to obtain records of 80 women who met their criteria, and of these, 32 reported premenstrual spotting of two days or more.