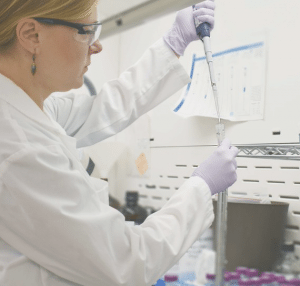 Monitoring levels of urinary luteinizing hormone (LH) has many applications for women’s reproductive health, infertility, and family planning. This is a summary of a multicenter collaborative study[1] published in November 2017 to determine the optimal LH threshold to predict ovulation. The study was reviewed and summarized by fourth year medical student Anna Adams as part of a two-week course taught through Georgetown University School of Medicine by FACTS Executive Director, Dr. Marguerite Duane.

A Word About Urinary LH Tests
Women monitor various biomarkers to identify their fertile window to either achieve or avoid pregnancy. Among these biomarkers is luteinizing hormone, which triggers ovulation. Although various kits are available to test first morning urine samples for evidence of this hormone, ovulation tests do not use a consistent LH threshold. Currently, tests are available with the following thresholds: 20, 25, 30, 35, and 40 mIU/mL.

Goals of the Study
The goal of this study was to determine the optimal LH threshold to predict ovulation within 24, 48, and 72 hours of testing to help define a woman’s fertile window.

Method
This study tested the correlation between ovulation (confirmed with ovarian ultrasound) and different concentrations of LH in morning urine samples. First morning urine samples were obtained and promptly frozen. Upon thawing, they were tested for various hormones, including LH. To confirm ovulation, participants underwent transvaginal ovarian ultrasounds to monitor follicle development at the time of first cervical mucus observation or LH surge. Ultrasounds were done every other day until the follicle measured 16mm, then daily until ovulation was evident. Cycles that did not show ovulation (15) and cycles in which the first ultrasound showed an already ruptured follicle (28) were excluded from final analysis. This included 283 cycles.

Results
Of the various thresholds used in the experiments, 25-30 mIU/mL offered the best prediction of ovulation. The authors cited studies suggesting the LH surge may be detected after ovulation, and that the surge level for some women may be the baseline level for a majority. Therefore, using LH monitoring with a single threshold level would not be universally accurate for predicting ovulation.

In this study, earlier testing improved prediction, which may be related to the LH surge rather than a single LH peak value. Again, referencing other studies, the authors concluded the surge might play a bigger role in predicting ovulation than the hormonal peak. The authors recommend further studies to analyze the correlation between hormonal and other biomarkers in determining the fertile window.

Commercial test kit instructions often recommend beginning testing on days 10-11 of the cycle. This study found that, to improve accuracy in predicting ovulation, women should start testing on day 7. Later in the cycle, the rate of false positive results increased. Though the first positive test seemed to predict ovulation within 24 hours most consistently, researchers found that one half to one third of the cycles analyzed did not show confirmed ovulation within that time frame. In nearly one third of cycles, ovulation had not occurred despite a series of positive tests followed by negative ones. For this reason, the researchers concluded that using LH alone to determine the end of the fertile window is insufficient.

Conclusion
According to the researchers, “the best scenario to predict ovulation at random was within 24 hours after the first single positive test.” Based on their research, the authors concluded that LH level testing should not be the sole criteria for determining the end of a woman’s fertile period, and that monitoring biomarkers such as cervical mucus would provide improved prediction of ovulation than either marker used alone. Specifically, “when used throughout the cycle and evaluated together, peak-fertility type mucus with a positive LH test ≥25 mIU/ml provides a higher specificity than either mucus or LH testing alone (97-99 vs. 77-95 vs. 91%, respectively).” The authors also called for public disclosure of LH thresholds used in commercial testing kits.

Author Bio: Anna Adams is a fourth year medical student at Marian University College of Osteopathic Medicine in Indianapolis. She participated in a FABM elective during her fourth year. Upon graduation, she plans to specialize in internal medicine.

Medical Students, would you like to enroll in our two-week online course about
FABMs and their applications in women’s health and family planning?

Find out more and enroll here.