Past Use of Oral Contraceptives Associated with Deep Infiltrating Endometriosis 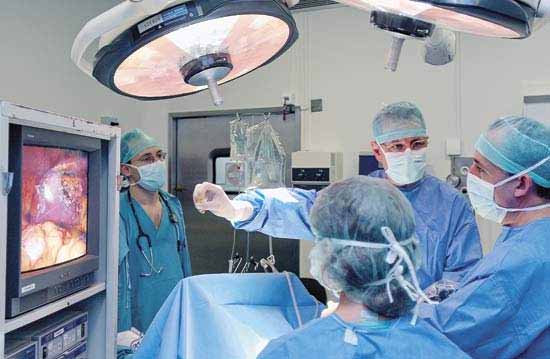 Research evidence is mixed as to whether the use of oral hormonal contraceptives (OC) can cause or facilitate endometriosis. Part of the reason for the mixed results is that, in previous studies, the extent of the endometriosis was not histologically staged and reasons for use of OC among the research participants was not specified. Since OCs are often prescribed to treat dysmenorrhea, especially among adolescents and young adults, researchers sought to determine the association of OC use for treating dysmenorrhea (and other reasons) with histologically determined endometriosis classified as superficial peritoneal endometriosis (SUP), ovarian endometrioma (OMA), or deep infiltrating endometriosis (DIE) (Chapron et al., 2011).

The researchers in this study conducted a cross-sectional study of 1,267 patients who were surgically explored (by laparoscopy or laparotomy) for various medical reasons. Of these patients, 566 had no visual lesions of endometriosis and 565 had visual lesions. Of the 565 with lesions, 410 had histologically proven endometriosis. Those diagnosed to have endometriosis were histologically graded as to SUP, OMA, and DIE. They found 47 patients (11.4%) with SUP, 120 patients (29.3%) with OMA, and 243 patients (59.3%) with DIE. All patients were assessed as to past use of OC, reasons for use of OC, and duration of use.

Results of the study indicated that those with ever use of OC for any reason had an increased prevalence of endometriosis when compared with never users of OC (i.e., a 211% increased risk with an OR = 3.11; 95% CI 2.18-4.45, p < 0.0001). They did not find an increased prevalence of endometriosis with current use of OC. They also found an increased incidence of both SUP and DIE with ever use or past use of OC compared to never use of OC. A remarkable finding was that when OC was prescribed for treating dysmenorrhea the increased risk of DIE was very high (i.e., OR = 16.2, 95% CI = 7.8-35.3) in comparison to women who never used OC. Even when OC was prescribed for other reasons, there was an increased risk. Age at first use of OC and years of use did not increase the risk. The authors emphasized that these results did not constitute cause and effect. They concluded that past use (but not current use) of OC use in conjunction with treating dysmenorrhea is associated with endometriosis and in particular DIE.

The authors called for prospective research studies to help determine whether the use of OCs to treat dysmenorrhea is actually causative. This study provides another reason physicians and other prescribers should hesitate about use of OC to treat dysmenorrhea, especially among adolescents and young adults. A previous study by the same authors did find a link between treating dysmenorrhea among adolescents and later development of DIE.

← Charting with Endometriosis:<br>An Interview with Specialist Dr.Yeung The Role of Generalists in Infertility Management →