Fertility Awareness in PCOS: A Choice Aligned with Future Goals

Editor’s Note: This interview with a patient is part of our series that highlights the reality of using fertility awareness based methods (FABMs), including benefits as well as challenges of the various methods. Dr. Kaitlyn Hite was a fourth year medical student when she conducted this interview as part of a two-week elective with Dr. Marguerite Duane, executive director and co-founder of FACTS.

Ms. K’s story, told as a medical history with details from the patient interview, raises awareness about the medical applications of FABMs beyond their more familiar use in family planning. During Polycystic Ovary Syndrome (PCOS) Awareness Month, we want to highlight the usefulness of FABMs like the Billings Ovulation Method and the Creighton Model as versatile options to assist in the diagnosis, treatment, and management of conditions like PCOS. 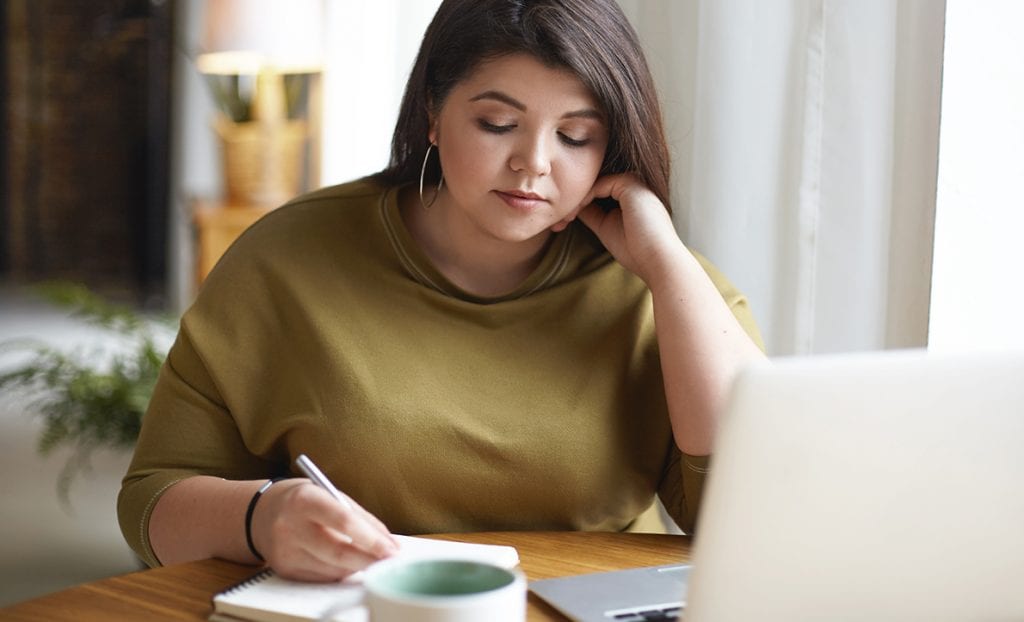 Background
Ms. K is an 18-year-old female with a history of PCOS and hypothyroidism due to chronic lymphocytic thyroiditis. She presented to the clinic with extremely heavy bleeding with menses (menorrhagia) and irregular menstrual cycles for seven months. Her menstrual periods had been normal until seven months prior to the appointment, when she missed two periods in a row and then had several heavy periods at different intervals over the subsequent four months.

After missing two periods in a row, Ms. K sought medical attention at another clinic where they assessed her symptoms and noted signs of hirsutism. She was diagnosed with PCOS, and they prescribed oral contraceptive pills (OCPs). She had never been on any form of birth control or hormone treatments until that point, excluding levothyroxine to treat hypothyroidism.

Besides levothyroxine and OCPs, she denied taking any other supplements or medications. Her total testosterone, free testosterone, T4, and TSH levels were all assessed at that time and found to be within normal limits. A pelvic ultrasound with doppler was also normal, revealing physiologic follicles. A “string-of-pearls” appearance within the ovaries, a classic sign that is sometimes seen on ultrasound in PCOS, was not mentioned.

Ms. K denied smoking, consumption of alcohol or recreational drugs, or being sexually active. Menarche was at age 11 and no one in her family, including her mother, had reported similar issues in the past. Her family history was significant for Type 2 diabetes in her mother and negative for gynecologic cancers, sudden cardiac death, or other cardiac or endocrine disorders. Significant findings on physical exam included male pattern distribution of hair on the chin, upper lip, anterior neck, and stomach. No nodules, tenderness, or enlargement was appreciated at the thyroid. Cardiopulmonary exam was within normal limits.

Challenges Along the Way
After speaking at length with Ms. K, it was discovered that she had tracked her menstrual cycles regularly using the Billings Ovulation Method prior to her episode of amenorrhea. She was using this method to become more aware of her cycles and how they fluctuated throughout the year. Her mother had used the Billings Ovulation Method throughout her adult life to avoid and achieve pregnancy and to track her cycles as she entered and completed menopause.

After Ms. K was prescribed OCPs, she explained it was very difficult to track the different phases of her menstrual cycle. Since she started school around that same time and became much busier, she stopped tracking her cycles altogether.

A New Approach Aligned with Future Goals
At that time, Ms. K and her medical team decided she would return in the next few weeks to receive formal instruction to track her cycles using the Creighton Model. Additionally, she would stop taking OCPs, which would enable her to notice the characteristics and patterns of her natural cycles.

Ms. K was very agreeable to this plan because she had not liked the side effects caused by taking oral contraceptive pills, and she wanted to find out if she truly had PCOS or some other diagnosis. She planned to get married within a few years and wanted to be well versed in tracking her fertility cycle before marriage. She also wanted to know if she had any underlying pathology that could be addressed before then.

Ms. K was happy to find a method with no medical side effects that allowed her to know her body better, could potentially aid in diagnosing a medical condition, and was aligned with her future plans for marriage, tracking her cycles, and family planning.

Insights from the Patient Experience
Speaking with Ms. K was illuminating, as it allowed me to learn about medical applications of FABMs in a woman’s life beyond their more widely known use in family planning. As a woman enters different seasons of life and her hormones change, her cycles tend to change as well, causing different patterns of fertility, menstruation, and mood fluctuations. Using FABMs to track these changes can not only assist in raising the woman’s awareness of her body and physiology, but also assist the woman and her medical team to identify abnormal patterns and address them sooner. This experience has solidified my resolve to use FABMs in my future medical practice as a tool to assist women to understand their cycles more thoroughly.

Editor’s Note: At FACTS, we are committed to educating medical and health professionals about all the different FABMs for use in family planning, reproductive health monitoring, and for their various medical applications to diagnose and treat conditions like PCOS, endometriosis, infertility, and more. After completing the 2-week FACTS elective, some of our medical students went on to pursue further training from FACTS on the Billings Ovulation Method, including Dr. Hite.

This desire to learn more about fertility awareness and FABMs after our introductory elective is very common among our students. To learn more about the FACTS elective, click here. For a patient story about medical applications of FABMs in PCOS, read Beyond Family Planning: Using FABMs for PCOS. 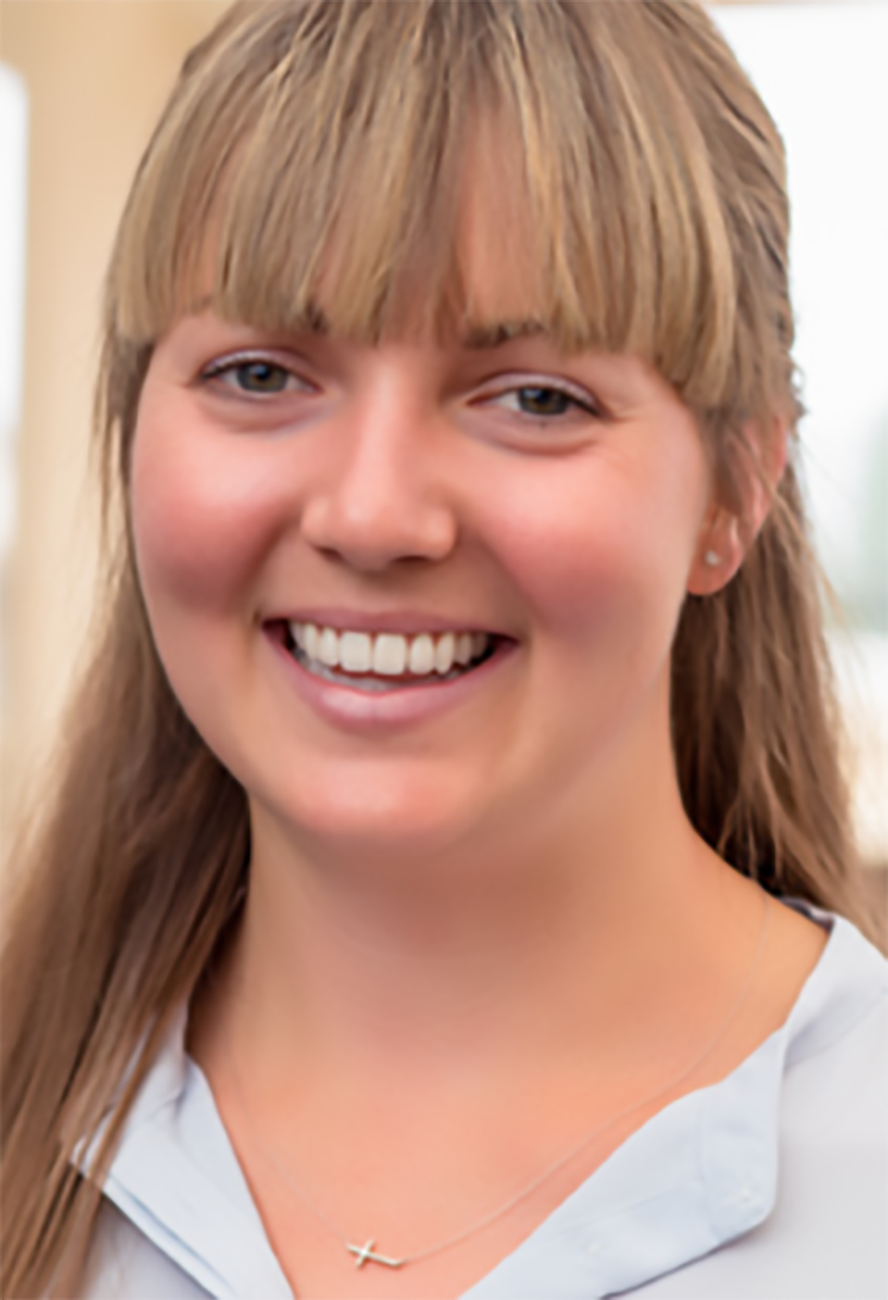 Author Bio: Kaitlyn Hite, MD is a family medicine resident at the Northwest Washington Family Medicine Residency Program in Bremerton, Washington. She earned her medical degree at the University of Central Florida College of Medicine. She is excited to be practicing full-spectrum family medicine and sparking discussions among her peers and with patients about fertility awareness based methods of family planning. Outside of work, Dr. Hite enjoys swimming, hiking, traveling, scuba diving, and running.

“Using what I have learned in this course and will continue to study on my own, I plan to better educate adolescent patients and the mothers of my patients of all ages on the option and benefits of FABMs. I believe these methods are underutilized and incredibly beneficial for many patients. I also hope to introduce medical students to the benefits of FABMs, as these are not covered adequately within most medical school curricula.”

— Makenzie Hamilton, DO (participated in elective as a 4th year medical student)

Support the mission of FACTS
through a gift today!