Empowered by FABMs: One Woman’s Story

Editor’s Note: This compelling interview with a young woman emphasizes the importance of educating women about the clinical applications of fertility awareness-based methods (FABMs) to diagnose and treat a variety of women’s health issues. It addresses common conditions that may affect women, including miscarriage and infertility, and ways fertility awareness and charting can significantly alter the outcome. Dr. Cecilia Baradhi conducted this interview while on the FACTS fertility awareness online elective led by Dr. Marguerite Duane, executive director and co-founder of FACTS.

By the time our 45-minute conversation ended, there was no doubt about the positive impact fertility awareness-based methods have had on Mrs. R’s life. She is a 34-year-old female who, like many women, was started on birth control at a young age. She was placed on birth control at age 18 for irregular periods and noted this was the only option presented to her at the time. Therefore, she started hormonal oral contraceptives (OCPs) and remained on them until she was 25, married, and ready to start a family.

Once Mrs. R and her husband were ready to start a family, she discontinued OCPs and became pregnant right away. However, she suffered a miscarriage at 8 weeks gestation. Following the miscarriage, she had irregular periods once more and did not receive much support from her gynecologist, who reassured her that she was young, healthy, and that irregular periods are common when stopping OCPs. She was told they just had to give it some time.

A Gradual Transition to FABMs

Three years went by and the couple was still unable to conceive. They began to worry and decided to seek additional fertility guidance. Further evaluation with ovulation monitoring, ultrasounds, semen analysis, and hormonal analysis revealed that Mrs. R was a candidate for a medication that supports and triggers ovulation. With this medication, she was able to conceive and had a normal pregnancy and delivery of a baby boy.

After delivering her first child, Mrs. R was understandably reluctant to start OCPs again but was still open to growing her family. For this reason, they did not use any form of birth control or family planning. About a year later, the couple conceived their second child.

After this delivery, Mrs. R wanted a natural family planning method that would allow her to be more mindful of her cycles. While she was still breastfeeding her second baby, she was introduced to the Creighton Model. She enjoyed the simplicity of this method, its compatibility with breastfeeding, and how it was easy to notice changes throughout the cycle.

Mrs. R began using the Creighton Model while she was still having anovulatory cycles. Thus, it was very obvious and easy for her to note the cervical mucus changes once her ovulatory cycles returned. She mentioned the greatest benefit of using the Creighton Model is the sense of empowerment it gives her. She believes FABMs truly encompass the “full spectrum of a woman’s natural fertility.” She explained that “being able to follow my chart and know how my cycle is going to affect my body gives me a greater appreciation and understanding of my hormones, my mood, and even my energy levels.”

She also noted that, when compared to OCPs or traditional birth control methods, “FABMs are much more holistic than trying to compartmentalize your fertility into something you are trying to suppress.”

Medical Applications of the Creighton Model

About two years after their second child, the couple felt ready to continue to grow their family. At this point, Mrs. R had been using the Creighton Model for about one year. She was familiar and comfortable identifying her fertile window, and within the first month of trying to get pregnant, the couple was able to conceive their third baby. 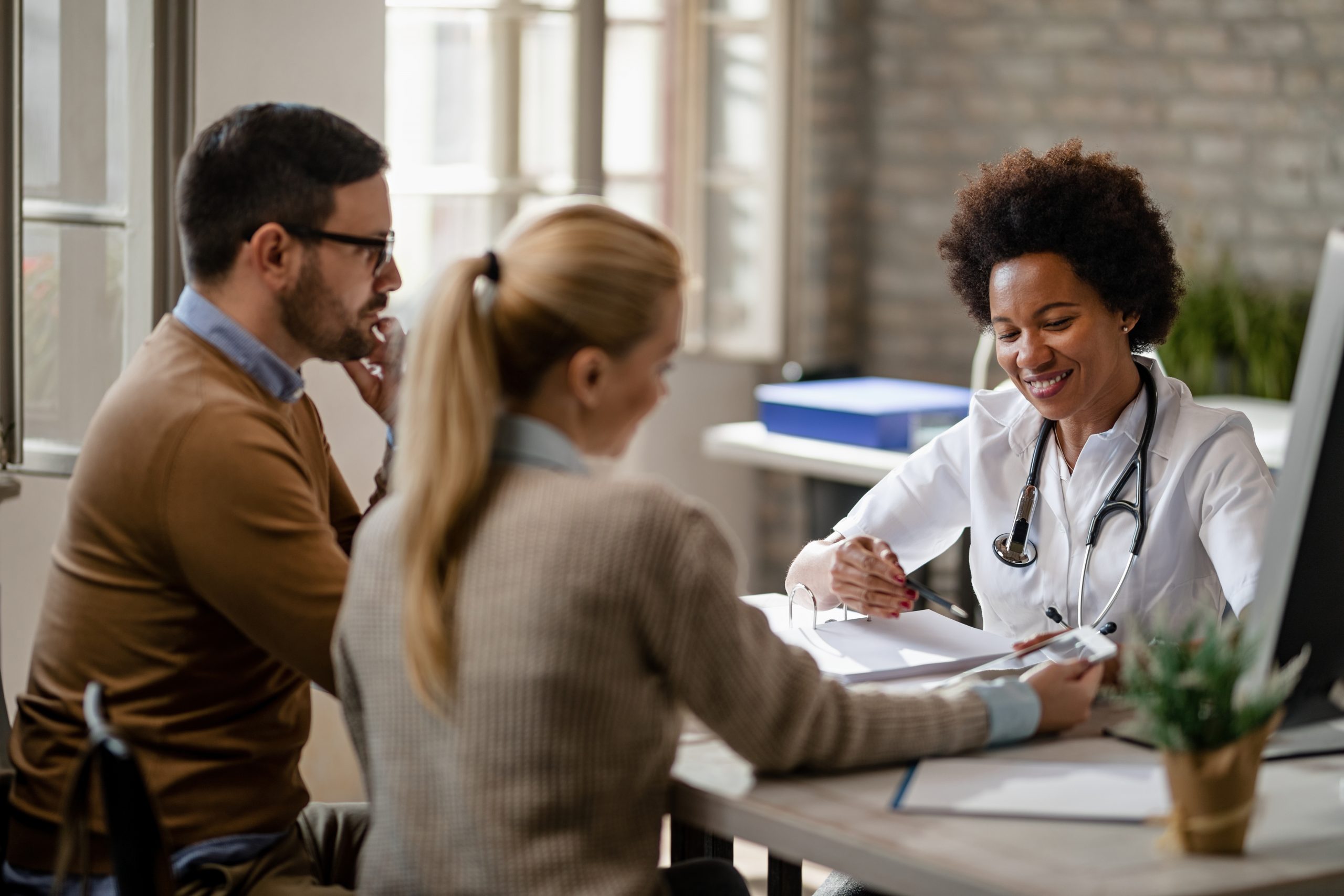 Since she was still charting her cycle, she noticed her post-peak (luteal) phase was very short. Recognizing this was not normal, she took her chart to her Creighton-trained physician, who recommended a follow-up progesterone level. Her post-peak progesterone was found to be critically low, at a level that placed her at risk for another miscarriage. To support the pregnancy in its early stages, she was given supplemental intramuscular and suppository progesterone, and ended up delivering her third healthy baby.

Mrs. R is incredibly thankful that she was charting at the time, noticed this abnormality in the cycle, and was able to advocate for her and her baby’s health. She explains, “The chart was telling me that my hormones were very low. Who knows what would have happened if I didn’t have the chart.”

Physical and Relational Benefits of FABMs

In addition to being more in tune with her body, cycle, and hormones, Mrs. R explained that using FABMs allows for better communication between her and her husband. Lightheartedly, she said, “If you can talk about cervical mucus, you can talk about anything with your spouse.”

Mrs. R and her husband have gained insight and have grown closer together as a couple by using the Creighton Model. She acknowledged that learning any new skill may be hard at the beginning. Yet, in the end, it helps with communication and allows them to be more intentional with their intimacy depending on whether their goal is to avoid or achieve pregnancy. She recommends fertility awareness to all her friends and family who struggle with pregnancy. She stated that using natural family planning has been “so positive for us and our marriage and has opened our eyes to the gift that fertility plays in your overall health. You are able to see firsthand how it impacts every system in your body and allows you to appreciate how dynamic your hormones are, and how they change from day to day.”

Mrs. R also explained how the Creighton Model offers support and guidance beyond trying to avoid or achieve pregnancy. This method provides support for patients who struggle with postpartum depression and anxiety and offers specific protocols for patients with polycystic ovarian syndrome (PCOS) and endometriosis.

“Your body talks,” she stated thoughtfully, “so you just have to know how to use the tools to interpret what it is telling you.” She concluded our interview by adding she has had an “overwhelmingly positive experience learning about her fertility, and wouldn’t use anything else.”

By the end of my conversation with Mrs. R, I felt inspired and excited to share her experience using FABMs. So many women are prescribed birth control at a young age and their underlying condition is never evaluated further. Giving a young woman birth control for painful or irregular periods may help the symptoms, but the root cause of the pain or irregularity can sometimes go undiagnosed for years.

Women deserve comprehensive reproductive care, whether it is for family planning, irregular periods, PMS or other symptoms. Fertility awareness-based methods provide that for women. By using a method such as the Creighton Model, women are able to chart their cycles and have a clear representation of what is happening within their bodies on a hormonal level. They are able to have proof and advocate for themselves if they feel there is something irregular or not right about their cycle. Above all, as Mrs. R described, using FABMs is an empowering tool that allows women to have a deeper and more meaningful understanding of their fertility and bodies. 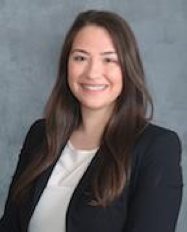 Author Bio: Cecilia Baradhi, DO wrote this article as a fourth-year medical student at Rowan University School of Osteopathic Medicine in Stratford, New Jersey. She completed her undergraduate degree in nutritional sciences at Rutgers University in New Brunswick, NJ. She is passionate about women’s health and serves as a FACTS ambassador. Dr. Baradhi is a family medicine resident at Capital Health in New Jersey.

THE FACTS CME COURSE IS HERE!

Learn More and Enroll Today!
← A Natural Tool to Avoid or Achieve Pregnancy Obesity and Infertility: A Growing Concern →