Biomarkers of Ovulation and the Fertile Window: A Research Summary

Editor’s Note: If you have ever wondered what are the best markers of ovulation and the end of the fertile window, this article will shed some light. This is a summary of research[i] published by Roos et al in The European Journal of Contraception and Reproductive Health Care in 2015, titled “Monitoring the Menstrual Cycle: Comparison of Urinary and Serum Reproductive Hormones Referenced to True Ovulation.” The study was reviewed and summarized by Dr. Shelly Capps as part of a two-week course available through FACTS and Georgetown University School of Medicine, led by FACTS Executive Director, Dr. Marguerite Duane.

Background
There is notable variation between and within individuals with regards to their menstrual or reproductive cycle. About 1 in 2 women have cycles that vary in total length by 7 days or more. The mean individual cycle length variability is 6.7 days, and cycles without ovulation can occur in about 12% of women with normal menses. Despite the many practical applications of assessing one’s cycle, such as improving fertility, timing reproductive medical management, and avoiding pregnancy, a woman’s self-estimate of her day of ovulation falls within her actual fertile window only about half the time in the absence of objective measurements or tracking of the menstrual cycle.

For women hoping to delay pregnancy, it is important to identify the day of ovulation, since one episode of intercourse on the day prior to ovulation provides about the same chance of conceiving as multiple random episodes of intercourse throughout the cycle. The goal of this study was to identify variations in urinary and serum reproductive hormone levels in relation to ultrasound-observed ovulation (“true ovulation”) in women with normal menstrual cycles. Understanding these relationships has practical applications for family planning.

Methodology
This prospective study sought to establish ranges of reproductive hormones referenced to an independently determined ovulation day and to compare urinary and serum hormone measurements. The study took place at a center for gynecological endocrinology and reproductive medicine in Germany between August 2012 and April 2013. Inclusion criteria were as follows: age 18-40 years, menstrual cycles lasting 23 to 35 days, 2 or more natural cycles prior to the study, use of non-hormonal contraception to avoid pregnancy or abstaining from intercourse during the observational study phase. Exclusion criteria included menopausal symptoms, use of hormonal treatments, known subfertility, endocrine disorders, use of drugs interacting with steroid hormone metabolism, impaired liver or kidney function, obesity, and prior pelvic surgery.

Women were recruited by word-of-mouth advertising. The study started on the first day of the cycle and lasted for the length of the cycle. The participants collected urine samples daily. From cycle days 5 to 11, a transvaginal ultrasound was done every other day. Once a follicle became 16mm in diameter, ultrasound was performed daily until the dominant follicle was no longer visualized. Ovulation was determined to be the day before the dominant follicle disappeared. On days when an ultrasound was done, blood samples were taken in the morning or late afternoon; they were also taken on days 7 and 9 after ovulation, as determined by ultrasound. Volunteers received 350 euros for participating in the study.

The highest of all measurements in the cycle were defined as the peak hormonal levels. The surge in urinary and serum LH was assigned retrospectively and defined as the first rise above the best-fit line of previous measurements. A total of 40 women were included in the study and examined for one menstrual cycle. The mean age of participants was 28.9 years, and 95% were Caucasian.

Results
In 90% of the women, the day of ovulation was determined with certainty by transvaginal ultrasound. Cycle lengths varied from 22 to 37 days with a median of 27 days. Ovulation day ranged from day 8 to day 26; the median was day 15. The luteal phase length was 12.3 +/- 2.5 days.

The study published ranges of serum and urinary reproductive hormones relative to the day of ultrasound-determined ovulation. Based on charting values on a scatter plot, the authors determined that urinary and serum LH levels were highly correlated, suggesting that urine and serum LH values can be used interchangeably. Serum and urinary estrogen and progesterone levels also correlated highly with each other.

The urinary and serum LH peak preceded ovulation in many women, but in about 25% of cycles the peak was detected after ovulation. This finding was more pronounced for serum measurements than for urinary measurements. Urinary and serum estrogen levels show at least two peaks, one each in the follicular phase and the luteal phase. Estrogen peaks were higher in the follicular phase compared to the luteal phase. The beginning of the hormonal surges in serum and urinary LH and serum and urinary estrogen were always preovulatory. The rise in estrogen occurred about 5 days before ovulation, followed by the LH surge 3-4 days later. The LH surge started 1 day before and always before ovulation as determined by ultrasound. There was a rise in progesterone around 3 days after objective ovulation.

The study confirms the considerable variation that exists in hormonal profiles and the day of ovulation between individuals considered to have a normal menstrual cycle. The LH surge is the most effective marker of ovulation. LH peaks, however, are unreliable markers of ovulation and can occur after ovulation. The progesterone rise is a reliable marker for the end of the fertile period and confirms ovulation. This study also affirms that monitoring urinary reproductive hormone levels is reliable for identifying and confirming ovulation, which can be used to prevent or achieve pregnancy.

Editor’s Note: It is noteworthy that in 10% of the women, transvaginal ultrasound was unable to determine an ovulatory event with certainty. Also interesting was the broad range of ovulation, which occurred as early as day 8 in some women and as late as day 26 in others during the one cycle studied. It could prove helpful to extend this study beyond one menstrual cycle and compare results. Also, although this study was small, the findings point to a continued important role for tracking of the menstrual cycle and learning the physical signs of ovulation, especially considering that, in a subset of women, the usually-reliable transvaginal ultrasound cannot identify ovulation with certainty. 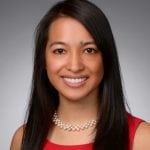 Author Bio: Shelly Capps, MD is a 3rd year family medicine resident at Presence Resurrection in Chicago, IL. She completed her medical education at Loyola University Chicago and her undergraduate education at Stanford University. She participated in the FACTS elective taught by Dr. Marguerite Duane at Georgetown University School of Medicine in July 2018.

We invite you to take advantage of this unique opportunity for medical residents and students! Enjoy monthly calls with experts in the field. Learn how to handle questions that come up in clinical settings regarding women’s health, fertility awareness, charting, and much more.

Benefits of becoming a FACTS Ambassador:

Disclaimer: The mission of FACTS is to educate. Inclusion of specific information in our blog posts, e-newsletters, social media, and other sources does NOT imply endorsement or support by FACTS, its advisors or team members unless specifically noted.

← Sympto-Thermal Success: A Patient Interview The Versatility of FABMs: Lessons from FABM Users →