An Unplanned Journey to FABMs: An Interview with a Couple

Editor’s Note: During National Infertility Awareness Week, we want to emphasize how fertility awareness based methods (FABMs) can facilitate the diagnosis and treatment of root causes of infertility in ways that cooperate with the body’s natural processes rather than suppress them. This interview with a couple is part of our series about the reality of using FABMs, including benefits and challenges of the various methods. A 2nd year medical student who plans to specialize in obstetrics and gynecology conducted this interview as part of a selective course at Georgetown University College of Medicine with Dr. Marguerite Duane, Executive Director and co-founder of FACTS. 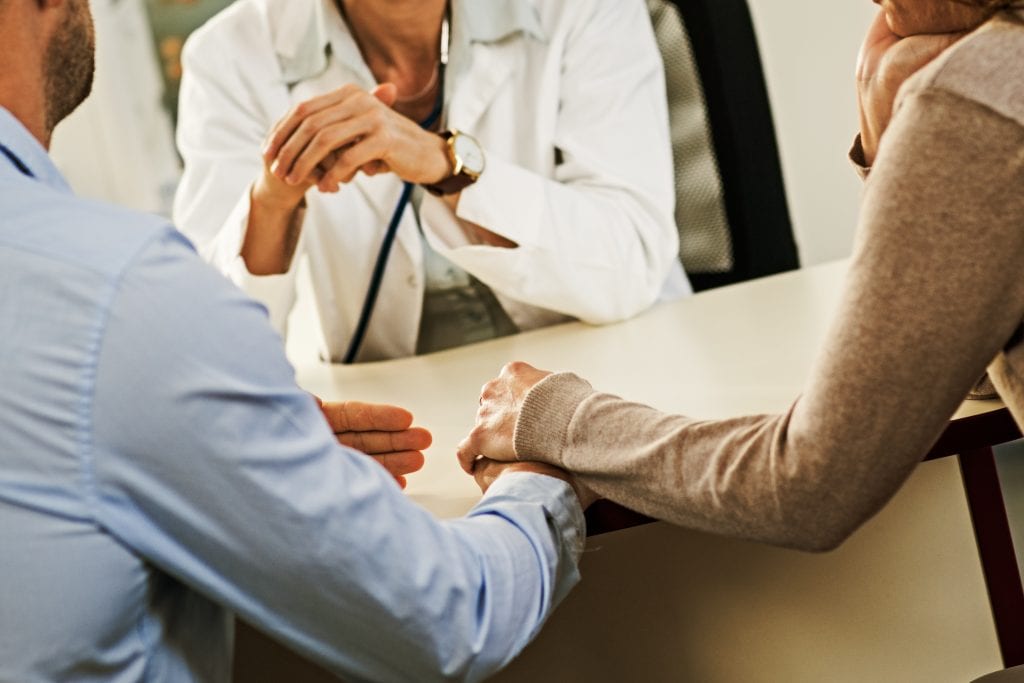 An Unplanned Journey to FABMs
As part of the FACTS course, “Fertility Awareness for Women’s Health and Family Planning,” I spoke with Amanda and her husband regarding their use of fertility awareness based methods. The couple explained how they stumbled upon the Creighton Model rather than seeking it out. Amanda had been diagnosed with unexplained infertility. She was in her mid-thirties and had two children ages ten and twelve when they decided to try for a third child. She experienced several chemical pregnancies, miscarriages occurring before the fifth week of gestation, and miscarriages later in gestation. She underwent a complete workup including assessment of her tubal function, egg production and quality, and her husband’s sperm quality.

Amanda used the patch for seven years as a form of contraception and had been off it for four years. At a fertility clinic, she was told her best chance of conceiving was through in vitro fertilization (IVF) with a likelihood of pregnancy of about 20%. Since IVF is not considered morally acceptable within her faith tradition, she opted for intrauterine insemination (IUI), which carried a 4% likelihood of success.

Prior to the IUI procedure, Amanda had to take Clomiphene to induce ovulation; the goal was to time the insemination with ovulation. Unfortunately, she reported Clomiphene made her “go crazy” both emotionally and physically. The medication overstimulated her ovaries (she ovulated five times) and thinned her uterine lining. Due to thinning of her uterus, a waiting period was necessary before trying Clomiphene again. At this point, Amanda was certain she did not want to take this medication again.

A New Approach
Recognizing it was time for a different approach, Amanda did some research on her own, learned about the Creighton Model, and decided to try it. The couple reported there was a steep learning curve using the Creighton Model. The primary challenge they encountered in their adoption of this method was finding a qualified medical professional. The nearest obstetrician who was trained to counsel them was an hour away from their home.

After nearly two years of efforts, the couple was able to conceive using the Creighton Model. Aside from the obvious benefit of achieving pregnancy, Amanda emphasized another major benefit was not altering her hormones, which she felt had been physically and psychologically damaging. While taking Clomiphene, she felt like she was “killing” herself in order to force a pregnancy. Another benefit was being able to transition to avoiding pregnancy after giving birth while using the same method, since the Creighton Model can be used to prevent or achieve pregnancy.

Amanda and her husband both felt using the Creighton Model brought them closer together. They respected and were more in tune with their own bodies and each other’s body. Using the method fostered respect and dignity, and there was no resentment when they had to abstain during the fertile window when trying to avoid pregnancy, since they were working toward a common goal.

A Mix of Attitudes
Amanda’s experience with the medical field regarding her use of natural family planning was mixed. When receiving counseling regarding her unexplained infertility, no one mentioned the possibility of using FABMs to achieve pregnancy, even when she shared her faith tradition and values. Due to a thyroid condition, she sees an endocrinologist who had always been discouraging about her odds of achieving pregnancy, and then seemed to brush it off when she shared her success using the Creighton Model.

On the other hand, she had a positive experience with the obstetrician who was able to counsel them on their use of natural family planning. After becoming pregnant, she started seeing an obstetrician closer to their home who did not question their intention to continue using the Creighton Model to avoid pregnancy following the birth of their child.

A Meaningful Patient-Physician Relationship
One of the benefits she emphasized most in our conversation was how empowering it was to use the Creighton Model. Using this method allowed for the patient-physician relationship to feel more like a partnership. It was more of a conversation in which she had meaningful information to contribute as opposed to simply being told what to do by the doctor. With her previous obstetricians, she felt she was not given answers to the “why” questions. When her attempt at IUI failed and she asked for the plan moving forward, she was told they would simply wait and try again. She found this very frustrating because there was no attempt to understand why the attempt was unsuccessful and no openness to trying something else.

Charting Uncovers the Underlying Cause of Infertility
Using the Creighton Model gave Amanda both instruction and more control to listen to her body, and she found it to be very intuitive. Through charting, she was able to identify that she had a short luteal phase and stress-related dysfunction, neither of which had been identified previously. She was able to make changes in her lifestyle; she did her best to reduce stress, passed up a promotion at work, and tried to eat better. While the method took time to master and required a significant commitment, Amanda found the process to be completely worthwhile and rewarding.

Reflections from a Future Physician
I thoroughly enjoyed my conversation with Amanda and her husband. Many of the themes discussed in the FACTS videos were echoed in their experiences: the empowering nature of these methods, the potential to bring couples closer, and the ability to identify root causes instead of simply treating symptoms. I was also struck by how even after expressing her religious beliefs, FABMs were not mentioned or raised as an option by her doctor.

I was impressed Amanda was able to find resources through her faith. Yet, this also made me wonder how much access to information women interested in FABMs have if not seeking them for religious reasons. Also, I had not considered the benefit of using a method initially to achieve pregnancy and then transitioning to using the same method to prevent pregnancy. The ability to adjust to the steep learning curve when the stakes of misuse are not as high (when attempting to achieve pregnancy) made a lot of sense to me and was an advantage I had not previously considered.

In response to the growing interest in FABMs,
the FACTS team planned three one-day conferences in 2019.

Join us in  Dallas this fall
to learn about timely issues in women’s reproductive health!

FACTS members save 20% to attend our Conferences.

Registration is now OPEN – Join Us! 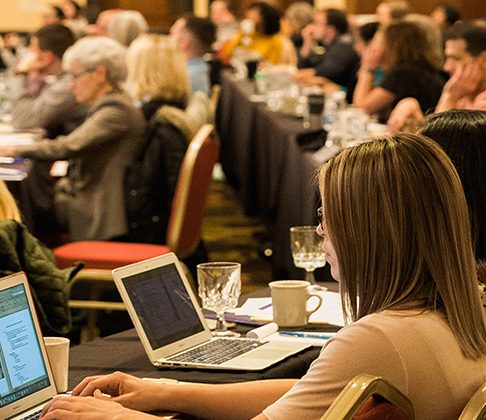 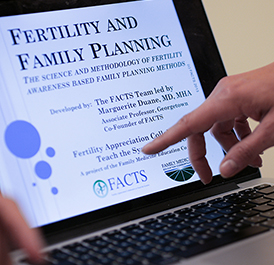 Join Us for a Webinar
and Earn CME Credit!

The Signs of
the Female Cycle
Explained

Fertility Awareness Based
Methods for Achieving
and Preventing Pregnancy

The Science Behind
Fertility
Awareness

Interested in further expanding your knowledge of Fertility Awareness?

Check out these Educational Opportunities!

Mark your calendars! Two of our FACTS conference sponsors, Cycle Power Summit and BOMA-USA,
will offer online opportunities for medical professionals and others to learn more about fertility awareness! 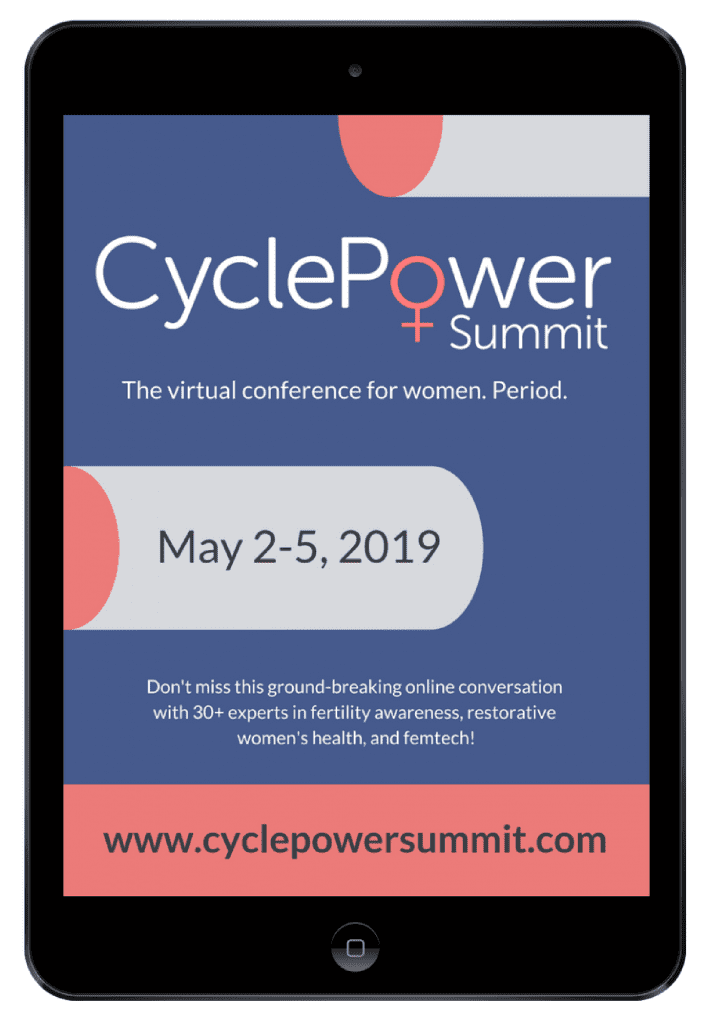 Cycle Power Summit will host an online conference May 2-5, 2019 to empower women to manage their health and fertility. Enjoy more than 30 sessions with educators, researchers, leaders, thinkers, and medical professionals, including our very own FACTS experts, Marguerite Duane, MD and Alison Contreras, PhD. Earn CME and CNE credit hours.

On Thursday evenings in May, BOMA-USA will host a series of seminars, From Menarche to Menopause, for medical professionals and students to learn about the health advantages of monitoring fertility with Billings. The sessions are approved for CE credit hours for physicians and nurses. Register and find out more HERE!