A Brief History of Scientific Advances and Development of Natural or Fertility Awareness Based Methods (FABMs): Part I

Editor’s Note: Most healthcare professionals are unaware that for more than a century, researchers have built upon one another’s pivotal foundations in the area of fertility awareness. This two-part series provides an enlightening perspective of how what started as a historical, cycle-length method of family planning (the calendar rhythm method) was simply one step toward the modern, prospective, symptom-based fertility awareness based methods (FABMs) available worldwide in 2018. 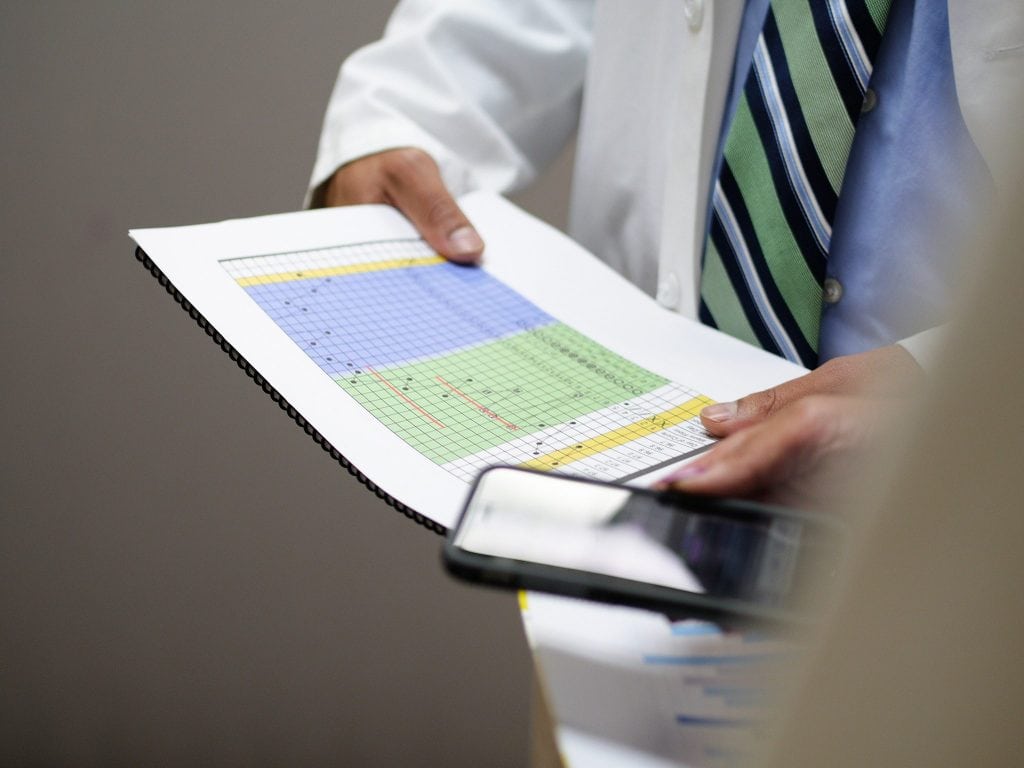 Early Scientific Advances
In the 1920s, two scientists, Dr. Kyusaku Ogino and Dr. Herman Knaus, independently discovered that ovulation occurs, on average, fourteen days before the first day of the menses.[i] Using this information, in 1932, an obstetrician-gynecologist named Dr. Leo Latz published The Rhythm of Sterility and Fertility in Women, which described formulas a woman could use to predict the fertile time in her cycle based on her previous cycles.[ii] This calendar-based method was one of the most effective forms of family planning available at the time it was developed in the 1930s—almost one hundred years ago!

In the 1950s, significant basic science discoveries were made about the essential role of cervical fluid (cervical mucus) in reproductive health. Dr. Melvin R. Cohen characterized the changing nature of cervical mucus near the time of ovulation, which correlates with sperm survival.[iii] Subsequently, Dr. Erik Odeblad identified and described the different types of cervical mucus, Type E and Type G, which are produced under the influence of estradiol and progesterone, and mapped where they originate in the cervix.[iv],[v] These important discoveries laid the foundation for the development of the modern methods of natural family planning (NFP), many of which incorporate observations of cervical fluid.

Editor’s Note: This extensive body of evidence and knowledge has continued to expand in the 21st century through solid research in the various FABMs. This week, the authors introduce the ovulation methods and the sympto-thermal methods. Next week, they will discuss the sympto-hormonal and simplifed methods while also highlighting further scientific developments in NFP since the rhythm method was all that was available to couples.

Ovulation Methods
In the 1960s, Drs. John and Evelyn Billings developed the first cervical mucus only method of NFP (the Ovulation Method), based on the discovery that women were able to effectively track the fertile and infertile times of their cycles by noting the changes in sensation of cervical mucus alone.[vi] Dr. James Brown, an endocrinologist, and Dr. Burger helped validate the method by conducting correlational studies of female reproductive hormones and the peak in cervical mucus.[vii] Since then, the Billings Ovulation Method® has been taught to women and couples in over 100 countries worldwide. High quality research studies show the method is effective in helping couples prevent pregnancy, with correct use effectiveness rates greater than 99% and typical use effectiveness rates at about 90%.[viii]

In the 1970s, Dr. Thomas Hilgers, with his wife, Sue, and two nurses, Diane Daly and Ann Prebil, developed the Creighton Model Fertility Care System, another cervical fluid method which uses a well-defined recording system to track mucus observations. The Creighton Model uses a standardized teaching, charting, follow-up, and pregnancy evaluation system to facilitate couples’ use of the method.[ix] Research shows this method is effective to help couples both prevent and achieve pregnancy, as well as to address common women’s health concerns.[x],[xi], [xii], [xiii]

To prevent pregnancy, the Creighton Model is more than 99% effective with correct use based on high quality research studies.[xiv], [xv] With typical use, the effectiveness rates are about 96%, although Creighton defines typical use differently than other forms of family planning.[xvi] Dr. Hilgers, an obstetrician-gynecologist, also developed Natural Procreative Technology (NaPro Technology), which integrates the use of the Creighton Model chart to aid in the targeted diagnosis, management, and treatment of a myriad of gynecologic problems.[xvii]

Sympto-Thermal Methods
Even before researchers discovered the important role of cervical fluid in identifying the fertile window, physician scientists had researched the role of the basal body temperature (BBT) and described its use as a method of natural family planning. Dr. Rudolf Vollman and his wife, Emmi, began their research in the 1930s and concluded that a rise in BBT is an accurate indicator of ovulation.[xviii] Dr. Gerhard Doering from Germany demonstrated that the “infertility time” lasts from the third day of the hyperthermic (high-temperature) phase until the next menstruation.[xix]

In the 1950s, Dr. Edward Keefe from the United States and Dr. Josef Roetzer from Austria developed the multiple index method, also known as the Sympto-Thermal Method (STM) in the United States.[xx] In 1971, Dr. Konald Prem worked with John and Sheila Kippley to build a network of trained couples, the Couple to Couple League, to teach the STM method.[xxi]

In 1968, Dr. John Marshall conducted the first prospective field trial of the effectiveness of BBT to avoid pregnancy. Over the last 20 years, Dr. Petra Frank-Hermann has conducted two large, high quality trials demonstrating impressive effectiveness rates for the STM to prevent pregnancy. According to these studies, the sympto-thermal method is 99.5% effective with correct use and 98% effective with typical use.[xxii],[xxiii], [xxiv]

Editor’s Note: This brief history of FABMs will continue next week. Until then, we invite you to share this information with your physician, including the references below.

Learn more about the Sympto-Thermal Method.
For Spanish, click here.

Author Bios: Marguerite R. Duane, MD is Executive Director and co-founder of FACTS. She travels and writes extensively to educate healthcare professionals about the effectiveness and benefits of FABMs. Dr. Duane teaches a 2-week online elective for medical students on the basics of FABMs through Georgetown University School of Medicine. Her recent interview on the Fertility Friday podcast provides an excellent overview of intriguing and informative facts about fertility awareness (the interview begins 3 minutes and 30 seconds into the podcast).

Erin Adams, MD will soon begin her medical residency in Anesthesiology at Weill Cornell Medical College. She is a graduate of Georgetown University School of Medicine, where she completed a first year elective on FABMs with Dr. Duane and participated in a number of research projects. We are very grateful for her contributions to the mission of FACTS as a Student Ambassador.

Here’s what a new physician thinks about this unique elective…

I loved learning about the principles, effectiveness, and implementation of each fertility awareness based method. I am looking forward to continuing to expand my knowledge as well as sharing what I learned with my future colleagues.

← A Couple Grows Closer Making Choices Together A Brief History of Scientific Advances and Development of Natural or Fertility Awareness Based Methods (FABMs): Part II →