Knowledge, Attitudes, and Practices About Fertility Awareness in Women

Knowledge, Attitudes, and Practices About Fertility Awareness in Women:
A Summary of Research Findings

Editor’s Note: This week (April 23-29) is National Infertility Awareness Week. At FACTS, we have good news to share with those who struggle with infertility and feel their only hope lies in costly and risky technologies. Countless women and men are unaware that modern fertility awareness based methods (FABMs) and charting the female cycle provide a safe and effective alternative to in vitro fertilization (IVF) and other assisted reproductive technologies (ART) to diagnose and manage infertility.

Below is a summary of a research [i] article titled Fertility-awareness knowledge, attitudes, and practices of women seeking fertility assistance. It was published in the Journal of Advanced Nursing in 2012. Previous research suggested that limited fertility awareness might contribute to infertility in women presenting for interventions at assisted reproductive technology clinics. The researchers sought to determine whether such an association exists. The research was reviewed and summarized by fourth year medical student Kathleen Carlson as part of a two-week course taught through Georgetown University School of Medicine by FACTS Executive Director, Dr. Marguerite Duane.

Background
Infertility, defined as a failure to conceive after twelve months of regular unprotected intercourse, is an important health issue worldwide, affecting approximately 9 percent of couples.[ii] The rate of increasing use of assisted reproductive technology to assist in conception is not sustainable, as this treatment is not only expensive but also associated with higher rates of health complications and mortality for both mothers and babies.

As many as 1 in 16 babies are now born through ART in some countries, such as Denmark.[iii] Not all couples have access to this technology due to cost or for religious or personal reasons, and less than 18 percent of IVF cycles result in the birth of a live born child.

It is thought that primary care providers can help decrease the rates of infertility by addressing modifiable lifestyle factors such as ensuring a couple is timing intercourse accurately within the fertile window through improved fertility awareness. The “fertile window” is the short period of time during a woman’s cycle in which conception is possible, and consists of up to five days prior to ovulation through the day of ovulation. The fertile window reflects the lifespan of sperm (up to 5 days) and that of the egg (24 hours). This short window has important applications in family planning and conception. Studies show this may reduce time to pregnancy and help avoid unnecessary ART treatment.

Methodology
The goal of this study was to determine if women having difficulty conceiving have sufficient knowledge about their fertility to optimize their chances of conceiving naturally. The researchers surveyed the fertility awareness knowledge, attitudes, and practice among infertile women seeking assisted reproductive technology, since research suggests that poor fertility awareness may be a contributing factor in cases of infertility. A cross-sectional questionnaire-based survey was distributed over six months from 2007-2008 to women upon admission to two reproductive technology clinics in a major city in Australia. A total of 204 of 282 questionnaires were completed, with a response rate of 72.3 percent.

Results
Of the women completing the survey, 83 percent had attempted conception for over one year, 87 percent actively tried to improve their fertility awareness from a variety of sources, 98 percent had at least one primary care appointment about their fertility problems, and 62 percent had at least two appointments with specialists. 75 percent of women believed timing intercourse in the fertile window can help some infertile couples conceive naturally, and 68 percent believed they had timed intercourse within the fertile window of their menstrual cycle. However, only 13 percent of women could identify the fertile window of their menstrual cycle accurately. This was defined as accurate knowledge of either the temperature or mucus-based method of fertility awareness combined with charting this information for at least three menstrual cycles.

No association was found between level of knowledge of fertility awareness and the location of the ART clinic (inner city or an outer metropolitan area of Melbourne), age, length of time attempting to conceive, number of general practitioner or fertility specialist appointments attended, highest educational level attained, diagnosed cause of infertility or any one source of information. In contrast, in a previous study, 80 percent of women having difficulty conceiving who received training by a teacher of fertility awareness methods could identify the fertile window of the menstrual cycle accurately.[iv]

Comments
In summary, although most women (68 percent) seeking ART to conceive have attempted to time intercourse during the fertile window of the menstrual cycle, only 13 percent have sufficient knowledge to identify this window accurately. Not only did most women have poor fertility awareness, but they also overestimated their limited knowledge significantly. This finding is supported by a previous study[v] that found 76 percent of infertile women seeking fertility assistance could not accurately identify the fertile window. This suggests that poor fertility awareness may be a contributing cause of infertility, and improving this knowledge could be a safe and inexpensive way to decrease rates of infertility.

In this study, 95 percent of women believed that a woman should receive fertility awareness education when she first reports difficulty conceiving to her doctor. Still, nearly all (98 percent) of the women in this study had appointments with physicians regarding infertility and still had poor knowledge. Most members of the healthcare team have limited knowledge about fertility awareness. For this reason, the authors suggest that determining the educational needs of healthcare professionals about this subject, particularly general practice nurses, and designing a program of education is the next step in developing a new model of care to reduce infertility in the primary care setting.

Editor’s Note: At FACTS, we help couples with infertility in many different ways. We share the FACTS about FABMs with healthcare professionals at medical conferences (through our trained speakers) and through four informative webinars. We also educate and engage medical students early on by teaching the science behind modern FABMs through our elective and Student Ambassador Program. We feel privileged to educate the healthcare professionals who then educate couples about all the choices at their disposal to diagnose, manage, and treat conditions leading to infertility.

Charting the menstrual cycle and applying Natural Procreative Technology principles will help diagnose various common causes of infertility, including abnormal hormone levels during the luteal phase, suboptimal cervical mucus, anovulatory cycles, and more. For information about how Natural Procreative Technology can be used in a primary care setting as a safe and effective alternative to ART to assist couples with infertility, read more here. 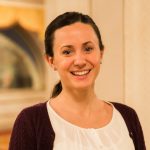 Author Bio: S. Kathleen Carlson is a fourth year medical student at the University of VA School of Medicine. She participated in a FABM elective taught by Dr. Marguerite Duane during her fourth year, and has also completed training as a FACTS speaker. Upon graduation, she plans to specialize in Obstetrics & Gynecology.

FABMs and their applications in women’s health and family planning?

Here’s what your peers have been saying about this elective…

“What we learned about cervical mucus during the course was phenomenal. I had never even heard of the concepts that it covered despite being a 4th year medical student in my last semester at a prestigious medical school. This information about cervical mucus and the impact hormones have on it should be taught routinely in the pre-clinical years.” (M.B.P.)